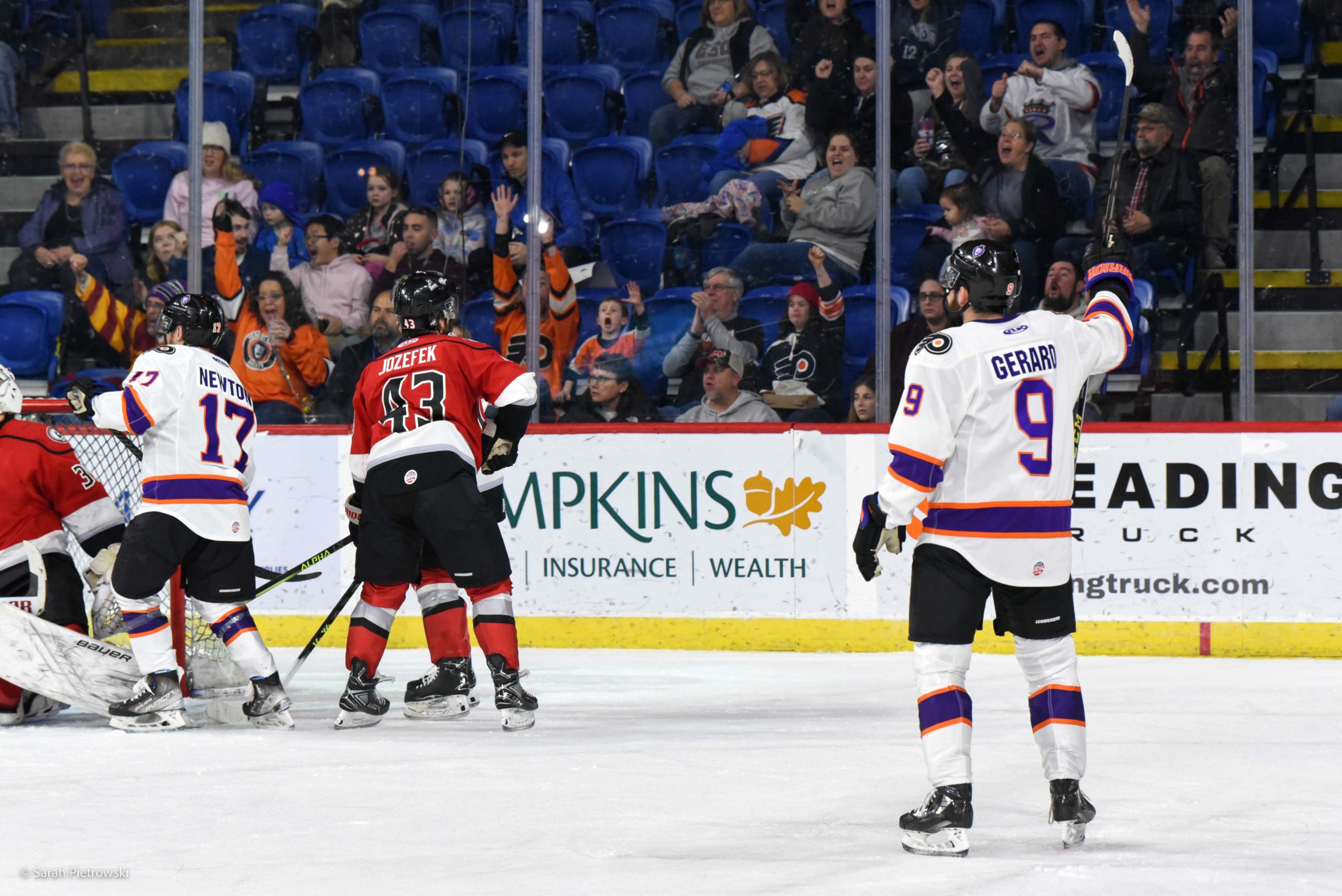 #ECHLPHOTOS | The @ReadingRoyals and @ECHLThunder faced off for the first game of a back-to-back weekend series on Friday.
FPH Photographer @Spie_Photo was there for all the action!

READING, PA – The Reading Royals and Adirondack Thunder faced off for the first game of a back-to-back weekend series on Friday. The Royals took a 5-1 victory.

The Thunder opened the scoring early in the first period when Ryan Da Silva got a shot past Pat Nagle. Charlie Gerard tied things up with a power play goal with five minutes left in the first. Tyler Kirkup gave the Royals the lead with 30 seconds left in the period.

Alec Butcher made it 3-1 Royals 14 minutes into the second period when he batted the puck past Jake Theut.

The Royals continued their strong play in the third when Garrett McFadden scored 12 minutes in. Butcher scored his second of the night on a great pass from Jacob Gaucher.