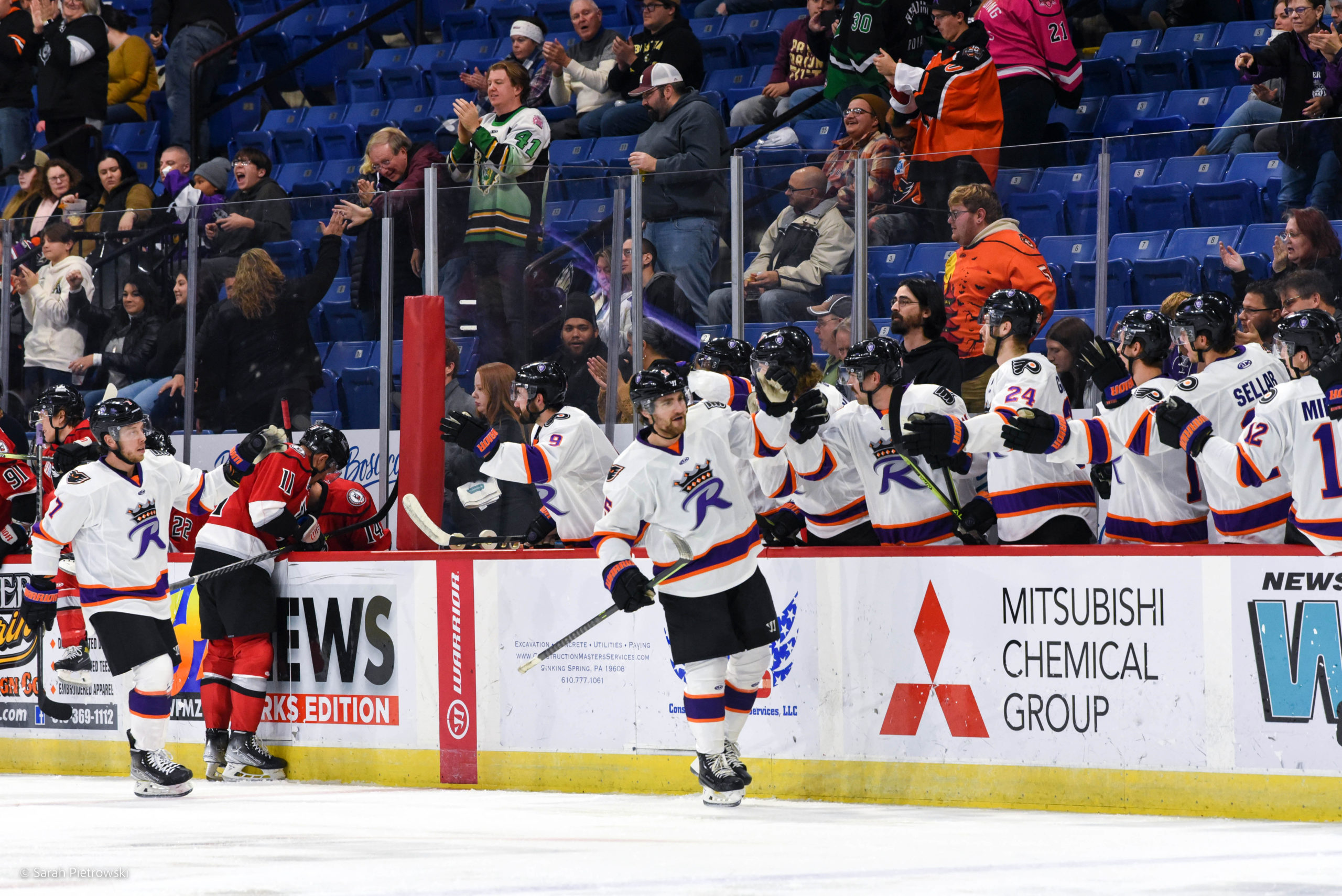 The Royals got off to a quick 2-0 lead when Will McKinnon and Max Newton scored 10 seconds apart five minutes into the game.

The Royals increased their lead to 4-0 when Devon Paliani scored a short-handed goal six minutes into the second, and Shane Sellar scored a power-play goal with five minutes left in the second.

The Thunder broke Nolan Maier’s shutout bid two minutes later with a power-play goal of their own from Grant Jozefek. Sellar scored his second of the night late in the third to give the Royals a four-goal lead again. The Thunder continued to push, but Matt Stief’s goal was too big a deficit for them to overcome. The final score was 5-2 for Reading.