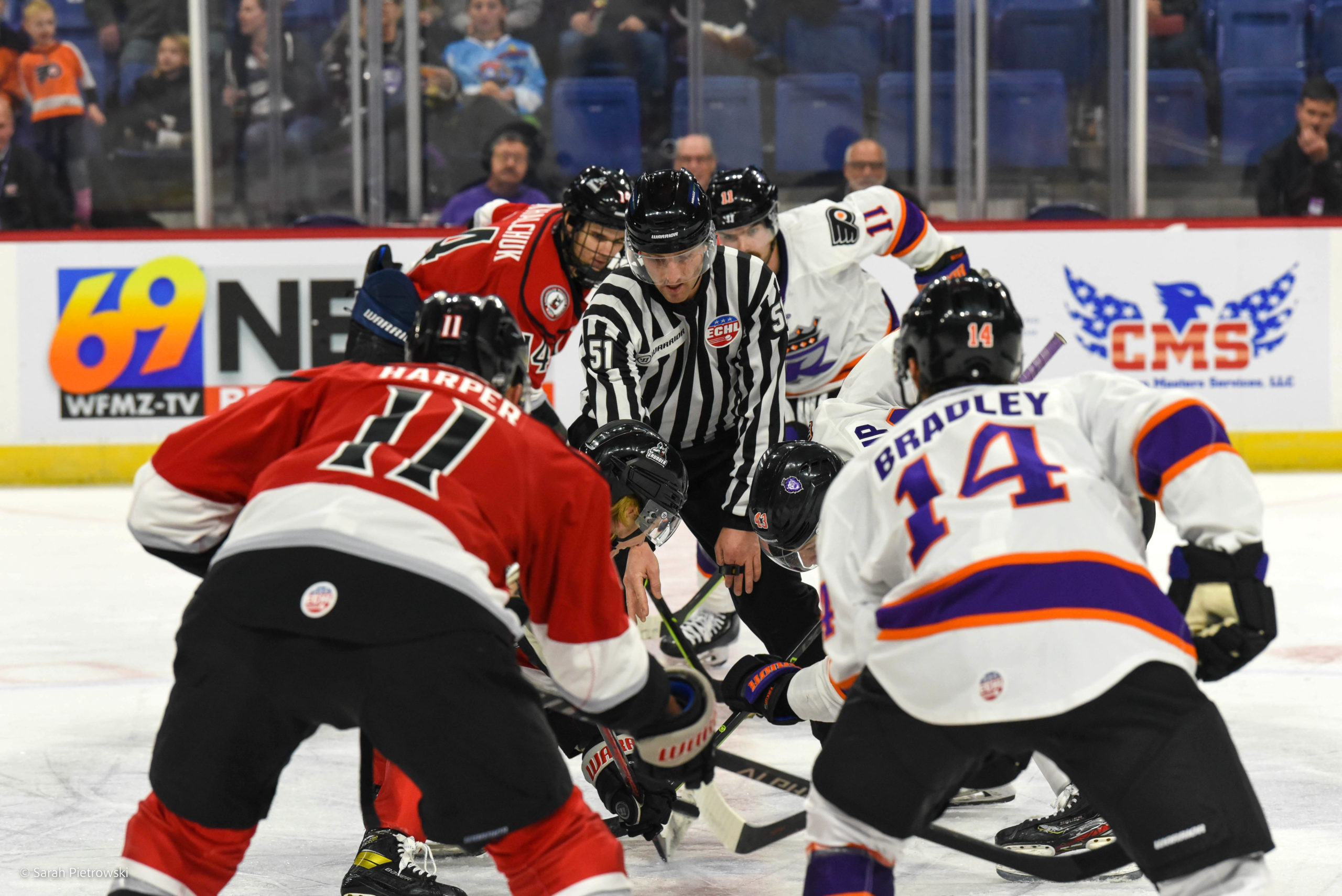 Trey Bradley opened the scoring for the Royals six minutes into the first period. Yvan Mongo gave the Royals a 2-goal lead 10 minutes later with a power-play goal. Late in the second period, Colin Felix scored to give the Royals a 3-0 lead heading into the third period. Shawn Weller scored for the Thunder exactly halfway through the third to get Adirondack back into the game. Patrick Grasso scored with a minute left in the third to bring the Thunder to a one-goal deficit. The Thunder ultimately could not tie the game and force overtime. The final score was 3-2 to Reading.