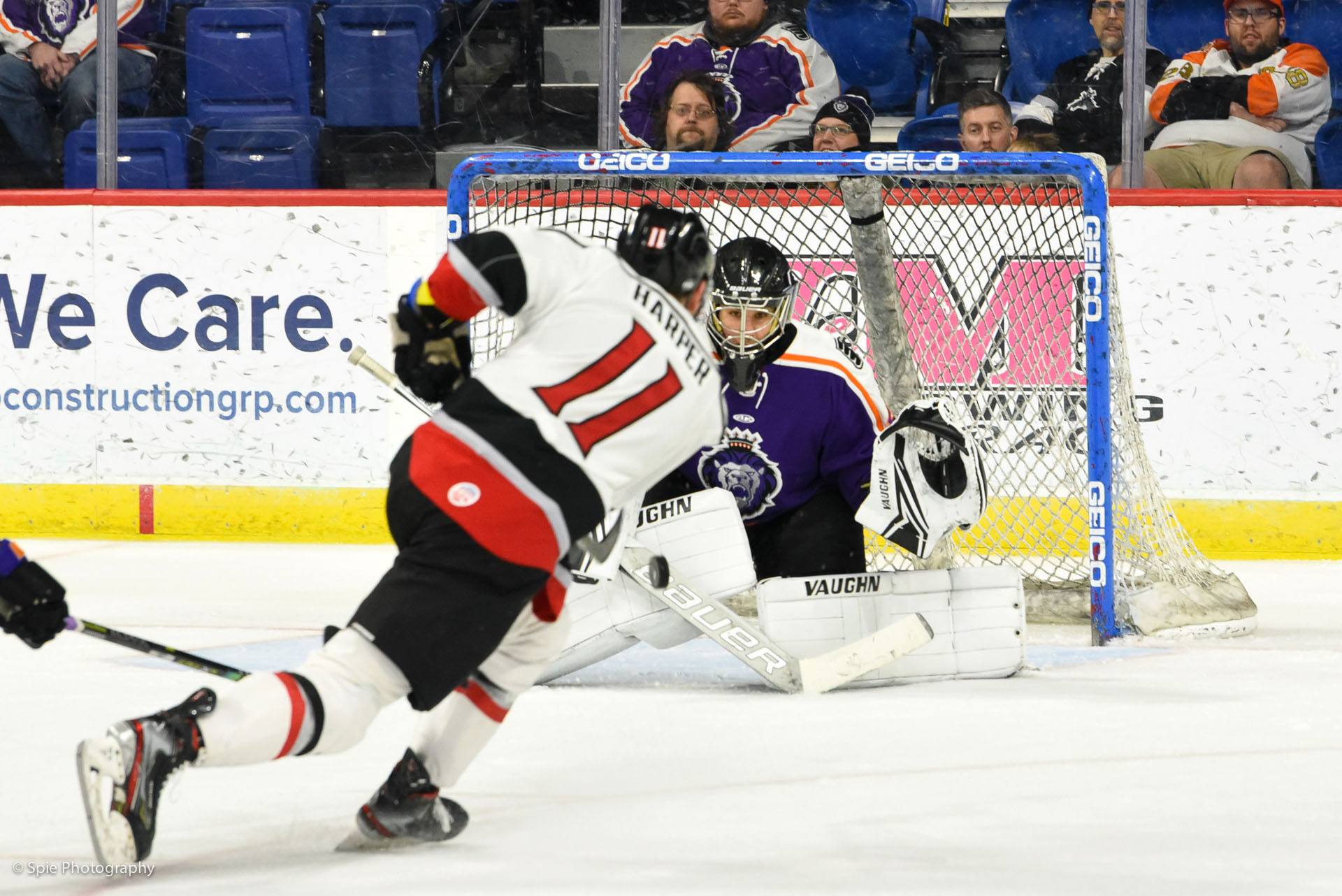 Sunday night the Reading Royals and Adirondack Thunder met for the last game of their three game back-to-back series.

The Royals opened the scoring late in the first period on a goal from Thomas Ebbing, but the Thunder tied the game up three minutes later when Shane Harper scored his first goal of the game ending the period in a 1-1 tie. The Thunder took an early lead in the second period when Nick Rivera scored a short-handed goal. Jacob Pritchard tied the game again when he scored six minutes into the second. Harper scored his second goal of the night 29 seconds into the third period to give the Thunder the lead for good. Matt Baker and Patrick Grasso finished off the scoring for the Thunder, who skated away with a 5-2 win over the Royals.