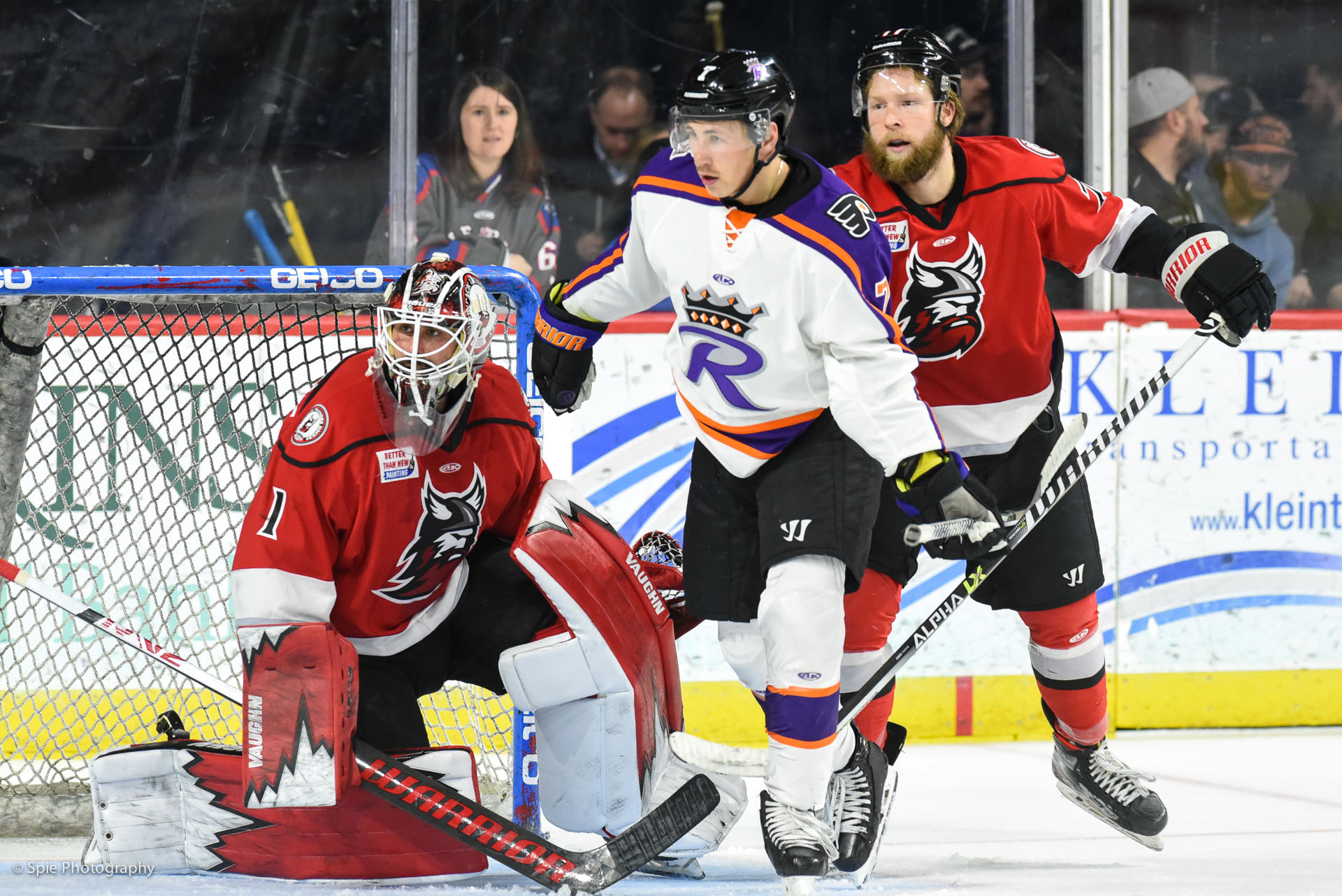 READING, Pa. –  The Reading Royals and Adirondack Thunder faced off for a Wednesday night game. The Royals opened the scoring three minutes into the game with a power play goal from Kevin Conley, which was his first professional goal. Patrick Bajkov scored ten minutes later to give the Royals a 2-0 lead. The Royals increased their lead to 3-0 just over nine minutes into the second period when Mason Millman scored.

The Thunder cut into the Royals’ lead with a shorthanded goal from Shane Harper late in the second and a Luke Stevens’ goal early in the third.

Bajkov restored the Royals’ two-goal lead 8:14 into the third. Patrick Grasso scored for the Thunder with two minutes left in the third to bring the score to 4-3, but the Thunder could not find the equalizer before time ran out.

Field Pass Hockey’s Sarah Pietrowski was there to capture the action.