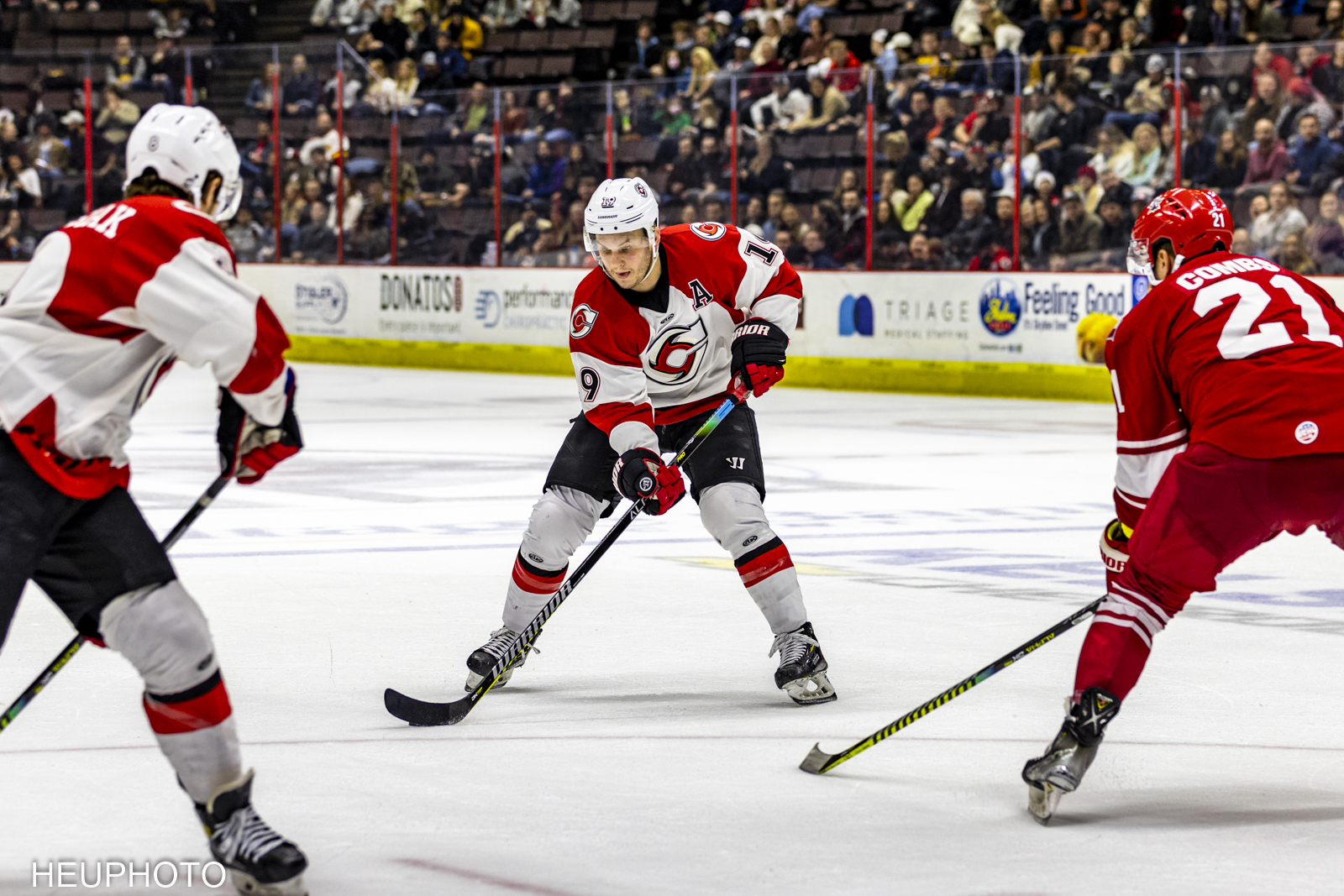 CINCINNATI, Ohio – It was a good day to be Jesse Schultz as he reached 1,000 career points in Cincinnati’s 3-2 win over the Allen Americans Thursday night. The Cyclones dominated the first period, having five more shots on goal than the Americans. Zack Andrusiak opened the scoring for Cincinnati 16:05 into the first, assisted by Schultz and Wyatt Ege. Just over two minutes later, Schultz achieved his career milestone, causing all of his teammates to rush the field to celebrate with him.

Louie Caporusso provided the winning goal 4:27 in the third period giving Cincinnati a three-goal lead. The Americans tried to come back scoring two straight goals but could not beat Michael Houser for a third time. Both teams will meet again Saturday night for game two of a three-game series.