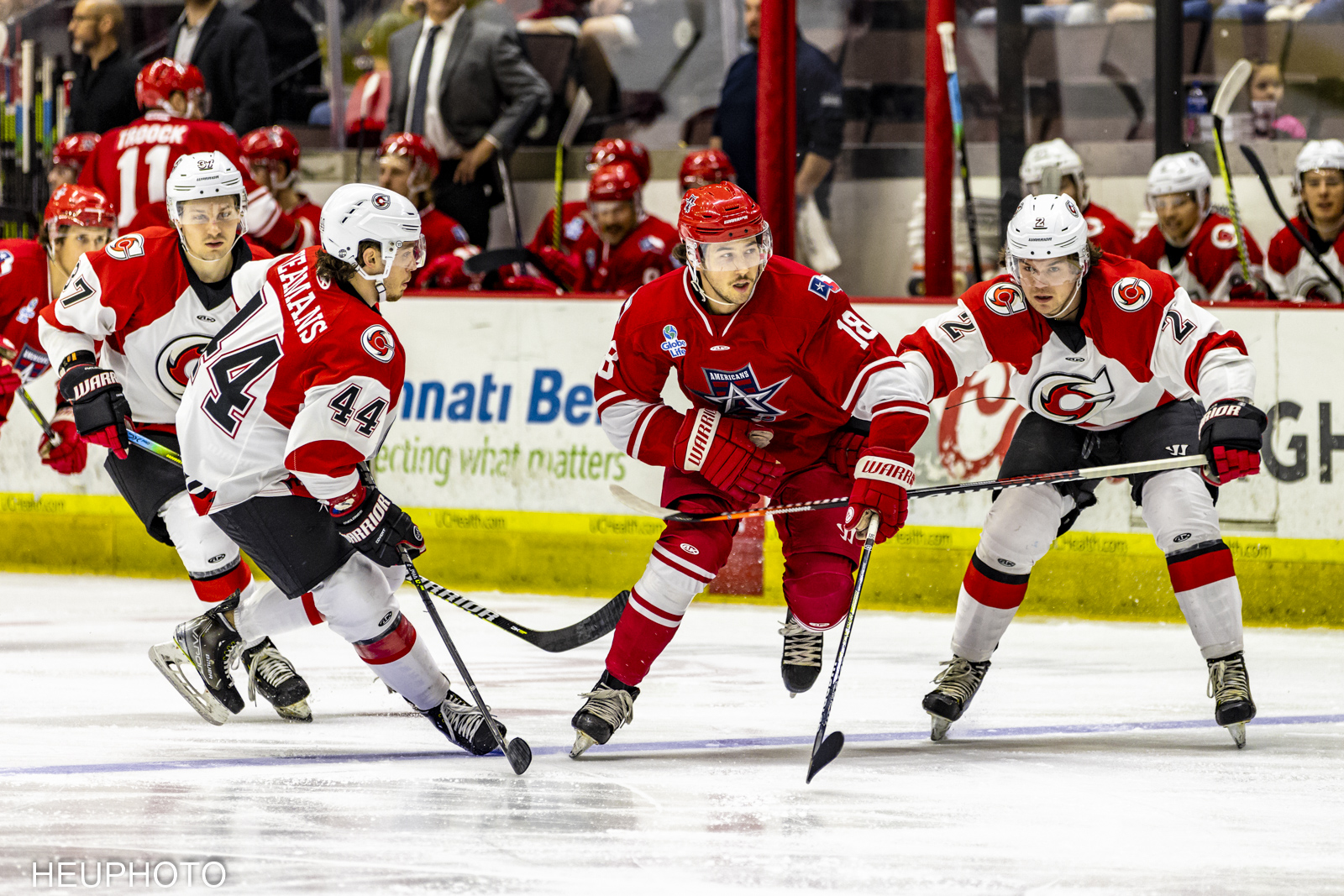 CINCINNATI, Ohio– The Cyclones completed three-game sweep of the Allen Americans with a 4-2 victory Sunday afternoon. Zack Andrusiak scored twice and Sean Bonar made 31 saves in Cincinnati’s 28th victory of the season.  Matt McLeod and Jesse Schultz also scored for the Cyclones, which have won four of their past six games. Cincinnati never trailed in the game and with the win, the Cyclones are tied with the Wheeling Nailers for second place in the central division having played 2 fewer games. Cincinnati returns home March 11th where they will face the Nailers.

Field Pass Hockey photographer Hector Urcia was there for the game. Check out the photo gallery!