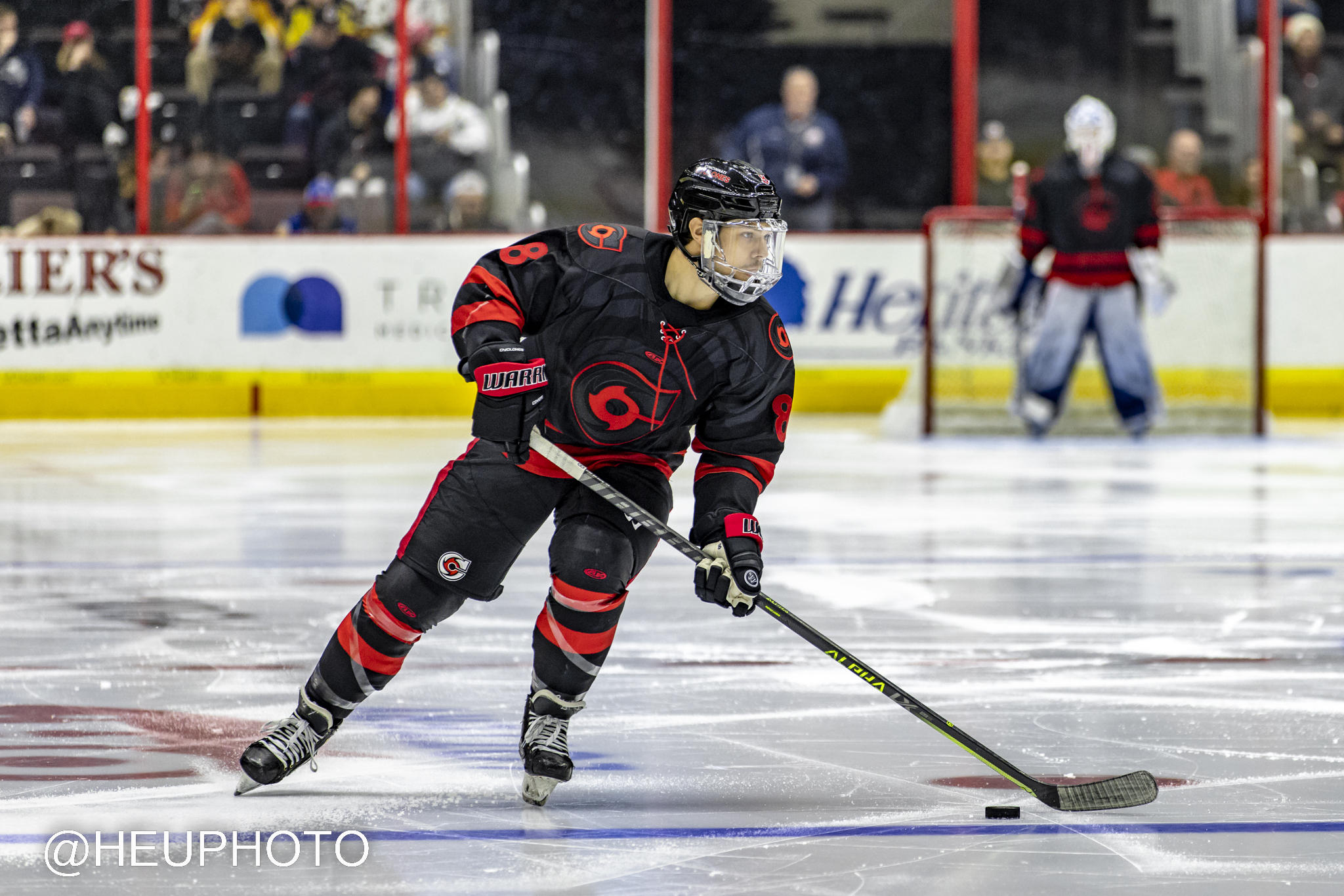 CINCINNATI, Ohio– On Wednesday night, the Allen Americans beat the Cincinnati Cyclones 5-4 in their first meeting this week at Heritage Bank Center.

Hank Crone and Jack Combs each had two goals, and Zach Pochiro added another in their victory over Cincinnati during the Bring Your Pup Night. The Cyclones found themselves down 3-1 after 24:14 minutes of play.  Brandon Yeamans cut the difference down to one goal but the Americans regained the advantage with less than eight minutes left in the second period. Two consecutive goals by Lincoln Griffin made it a one-goal game but Cincinnati was unable to complete the comeback and lost for the second time this year. Cincinnati’s Beck Warm had 21 saves and Lee Lapid scored his second goal of the season. Both teams will face each other again Friday during the Shut the Hate Night.