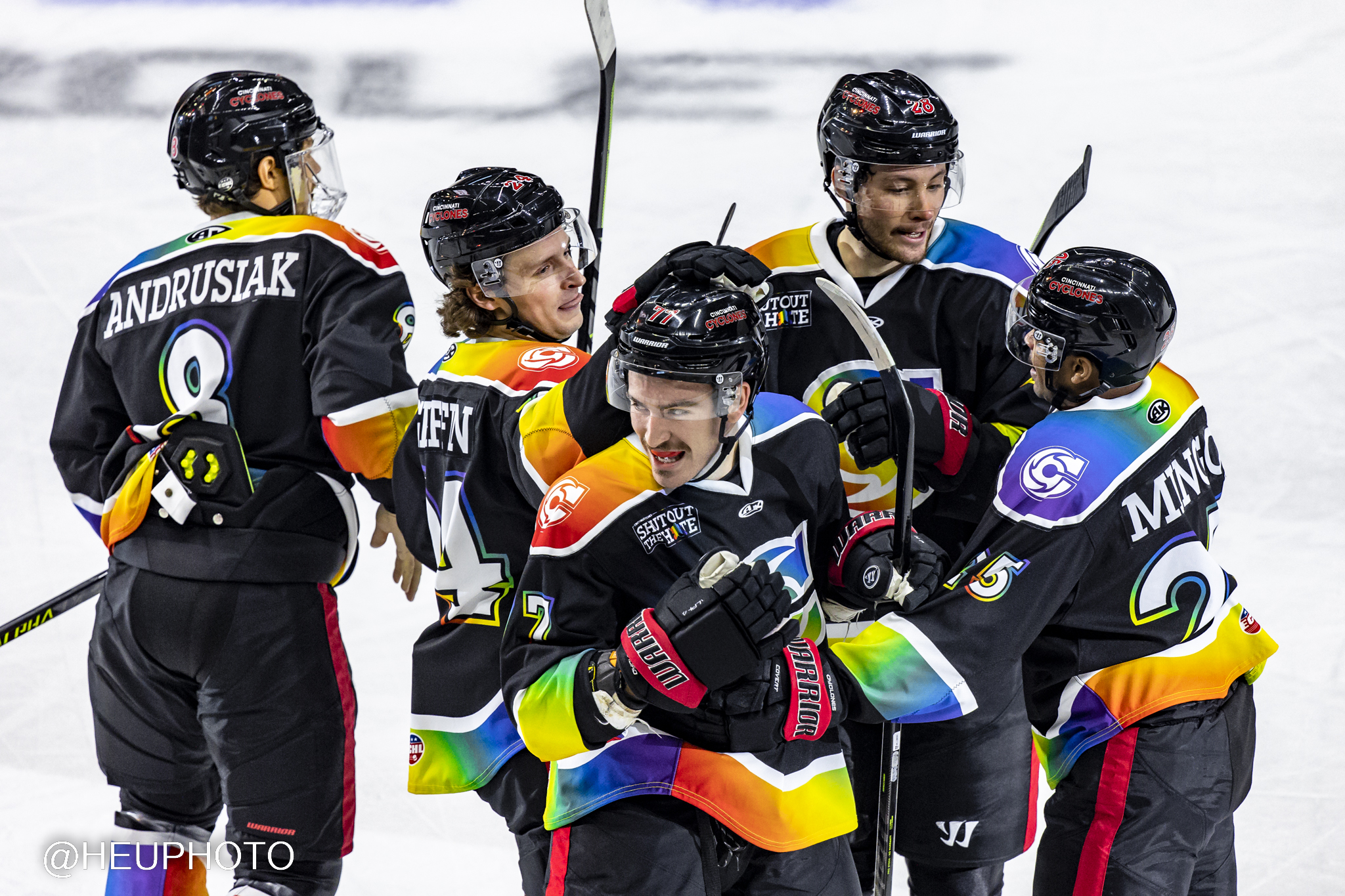 CINCINNATI, Ohio – Dakota Betts scored the first professional goal of his career and added an assist as the Cincinnati Cyclones bounced back against the Allen Americans with a 4-1 victory on Friday’s “Shutout The Hate Night.”

Betts’ goal 10:04 into the first period was the only one in 40 minutes of play despite having 55 shots combined. Cincinnati came out strong in the third period; Lincoln Griffin scored the winning goal at the 2:18 mark and added some insurance with 12:45 left in regulation. The Americans got one back 10:50 into the third, cutting the deficit to two goals. Dajon Mingo deflated Allen’s intention of a comeback when he scored an empty-netter with less than two minutes left in the game.
Cincinnati’s Beck Warm had 32 saves, and Lincoln Griffin scored twice in two consecutive games for the first time this season. The Cyclones remain at the top of the Central division with 17 points. They will face the Toledo Walleye on Wednesday, November 23rd.