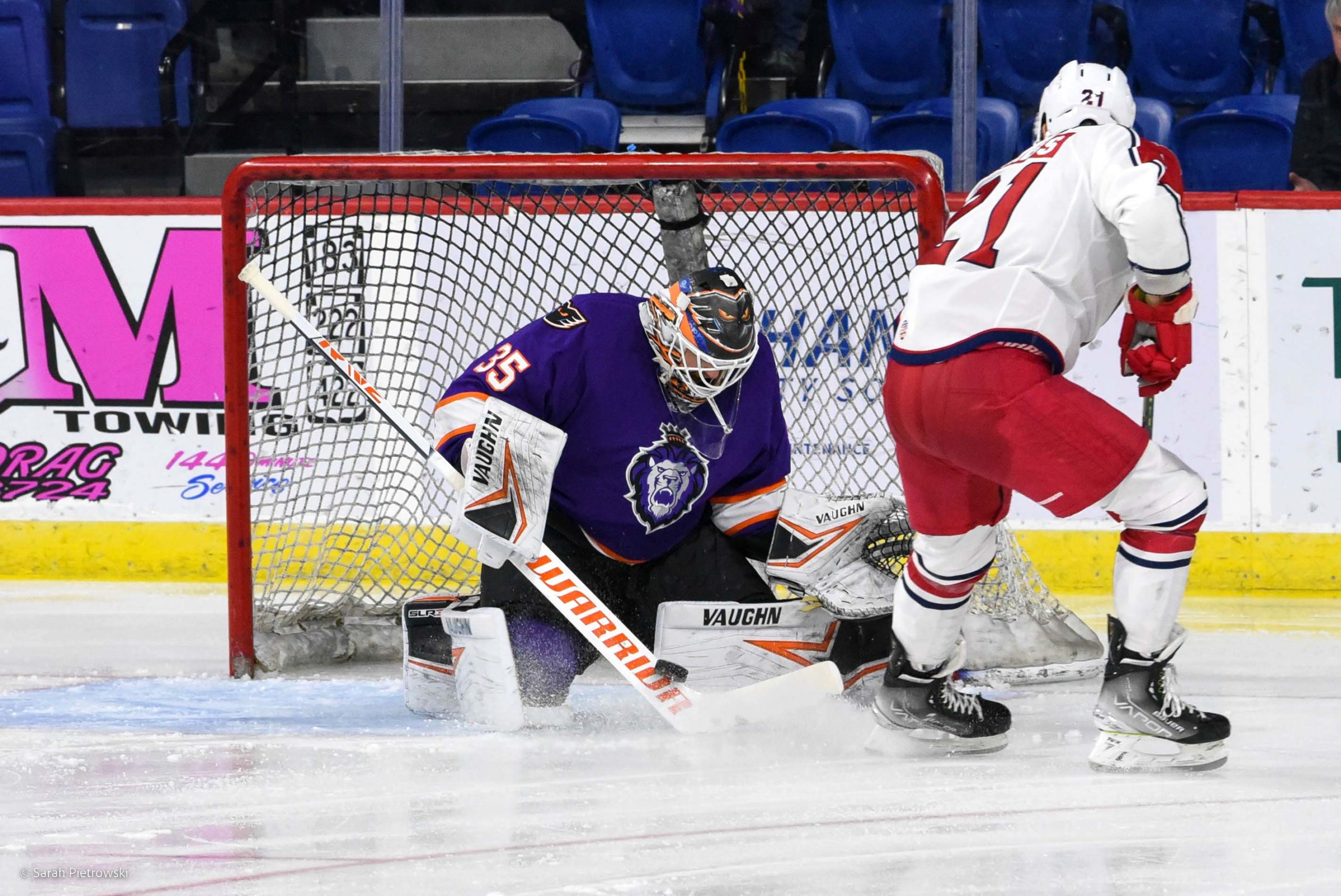 READING, PA – The Reading Royals and Allen Americans met up for the final time of the regular season on Sunday December 11th at Santander Arena.

After a scoreless first period, the Royals’ Dominic Cormier opened up the scoring midway through the second period. Charlie Gerard gave the Royals a two goal lead just 30 seconds later before the Americans cut the Royals’ lead in half shortly after.
Jordan Timmons scored his first goal as a Royals player, two minutes into the third period. The Americans scored five minutes later to get back to a one goal deficit but could not get the tying goal. The Royals prevailed with a 3-2 victory.