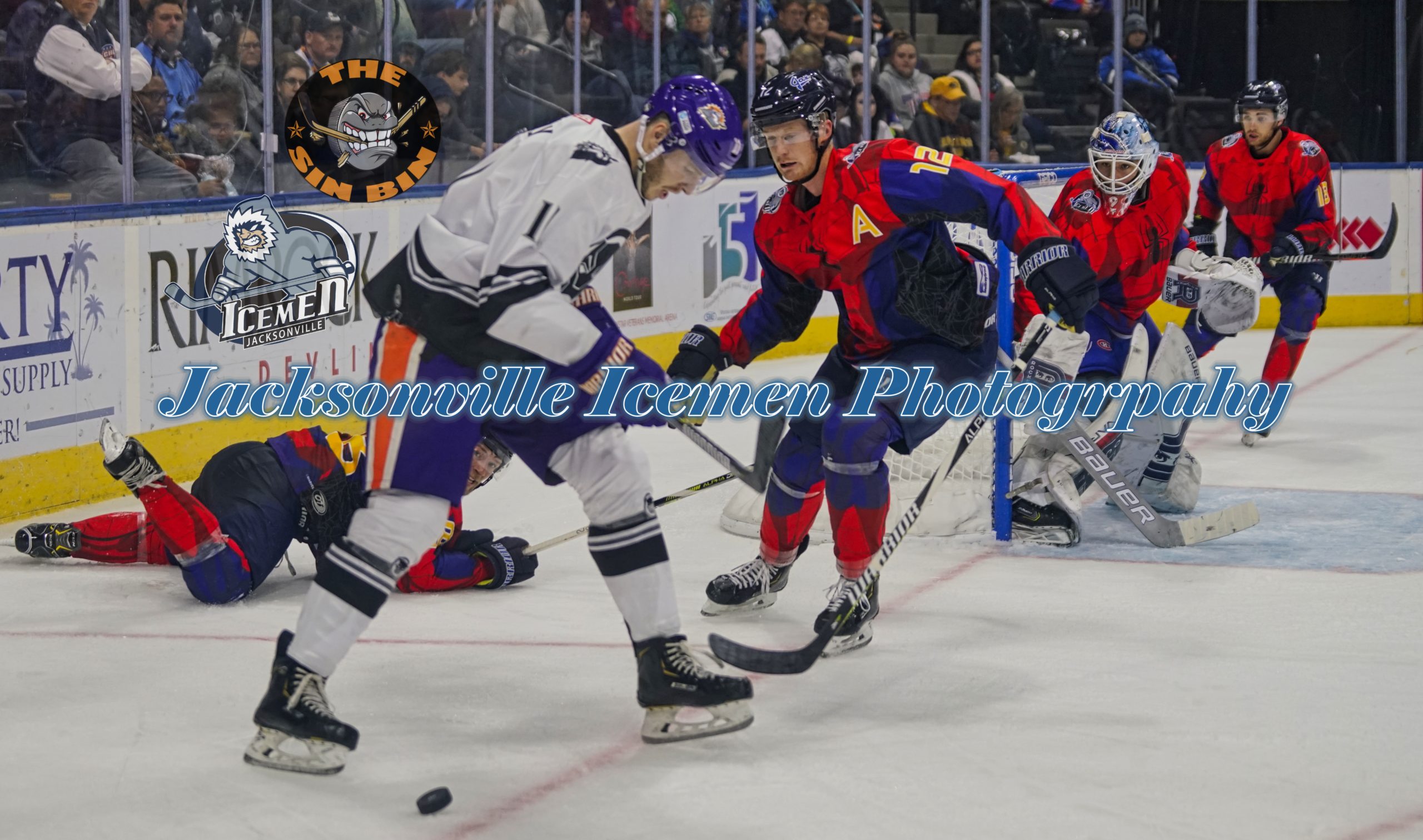 Jacksonville, Fla – Check out some of Andrew Fielder’s best shots from the Jacksonville Icemen’s home games against the Atlanta Gladiators on Friday night and the Orlando Solar Bears Saturday night.
Jacksonville, who had lost against Atlanta the previous day during their School-Day game, needed to turn things around for the second of the three-in-a-row home stanza. The Icemen did just that with an impressive 7-3 victory over the Gladiators. Mike Hedden had an impressive five-point night with a goal and four assists, while Maxime Fortier came away with two goals and two assists for a four-point night.  Jacksonville’s goaltender Adam Carlson made some great saves during the game, with Atlanta only able to capitalize during their one- or two-man advantage of the power play. Both teams had three power play goals.