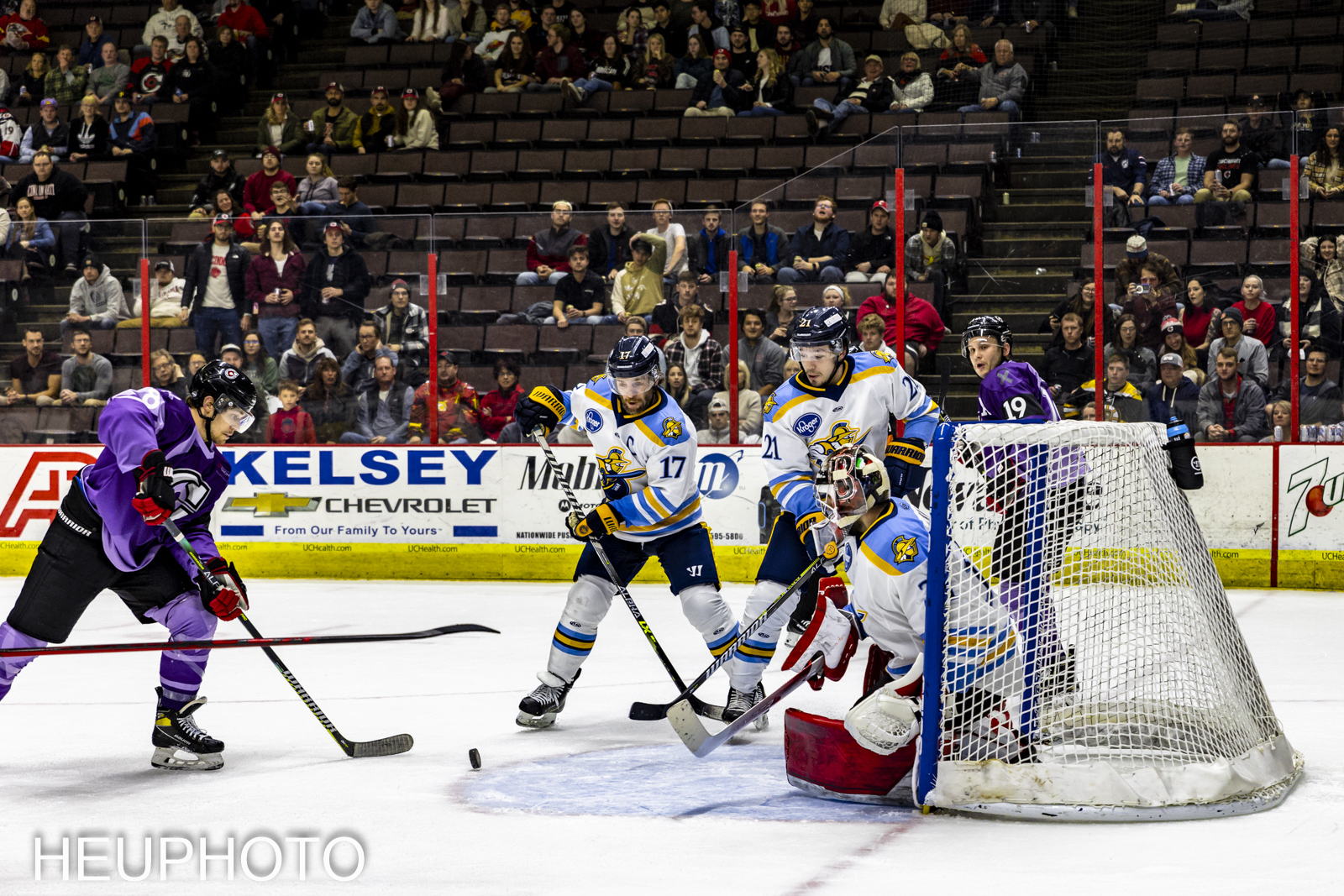 A goal by Gladiators’ Sanghoon Shinn and Cyclones’ Lincoln Griffin would keep things even in the first period.

Atlanta had two unanswered tallies in the second- a power play goal by Xavier Bernard and an even strength goal by Elijah Vilio– and the Gladiators ended the period up 3-1.

In the third period, Dalton Thrower provided an insurance goal with 8:40 left in the game. Cyclones’ Zack Andrusiak scored on the power play with just over five minutes left on the clock to bring it back within two, but they could not get any more pucks past Gladiators’ netminder Kevin Mandolese.  With this loss, Cincinnati falls to the fifth position in the Central division.

Field Pass Hockey photographer Hector Urica was there for the game and shot this gallery!