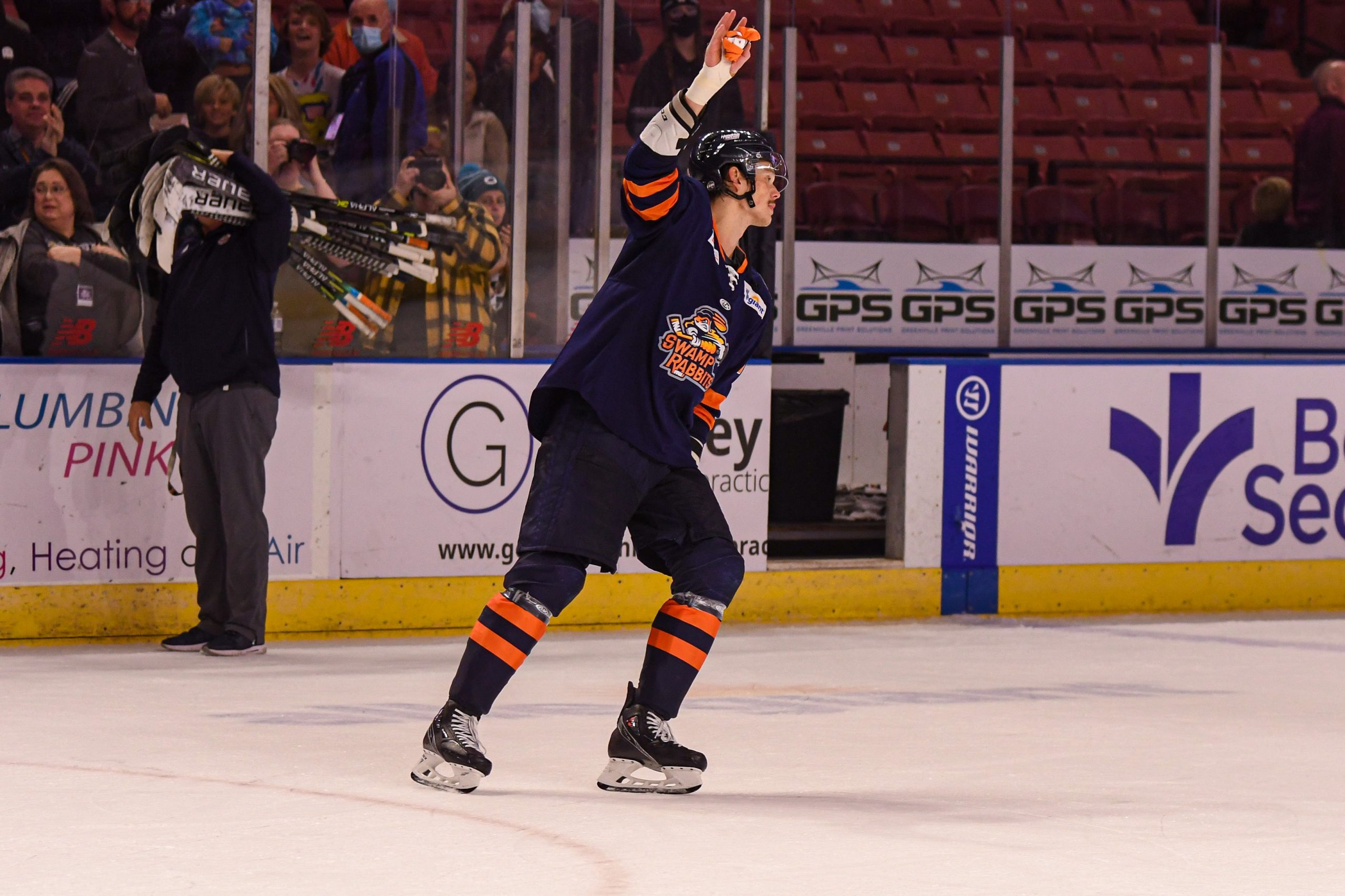 The Swamp Rabbits got an early lead with a power play goal in the first from Nikita Pavlychev and another goal shortly into the second by Max Zimmer. Eric Neiley got his first goal of the season near the end of the middle frame, getting the Gladiators on the board and ensuring an exciting final period.

Another goal by Pavlychev pushed the rabbits even further ahead and despite the Gladiators best efforts an empty net goal was scored by the rabbits at the end of the game for a final score of 4-1.