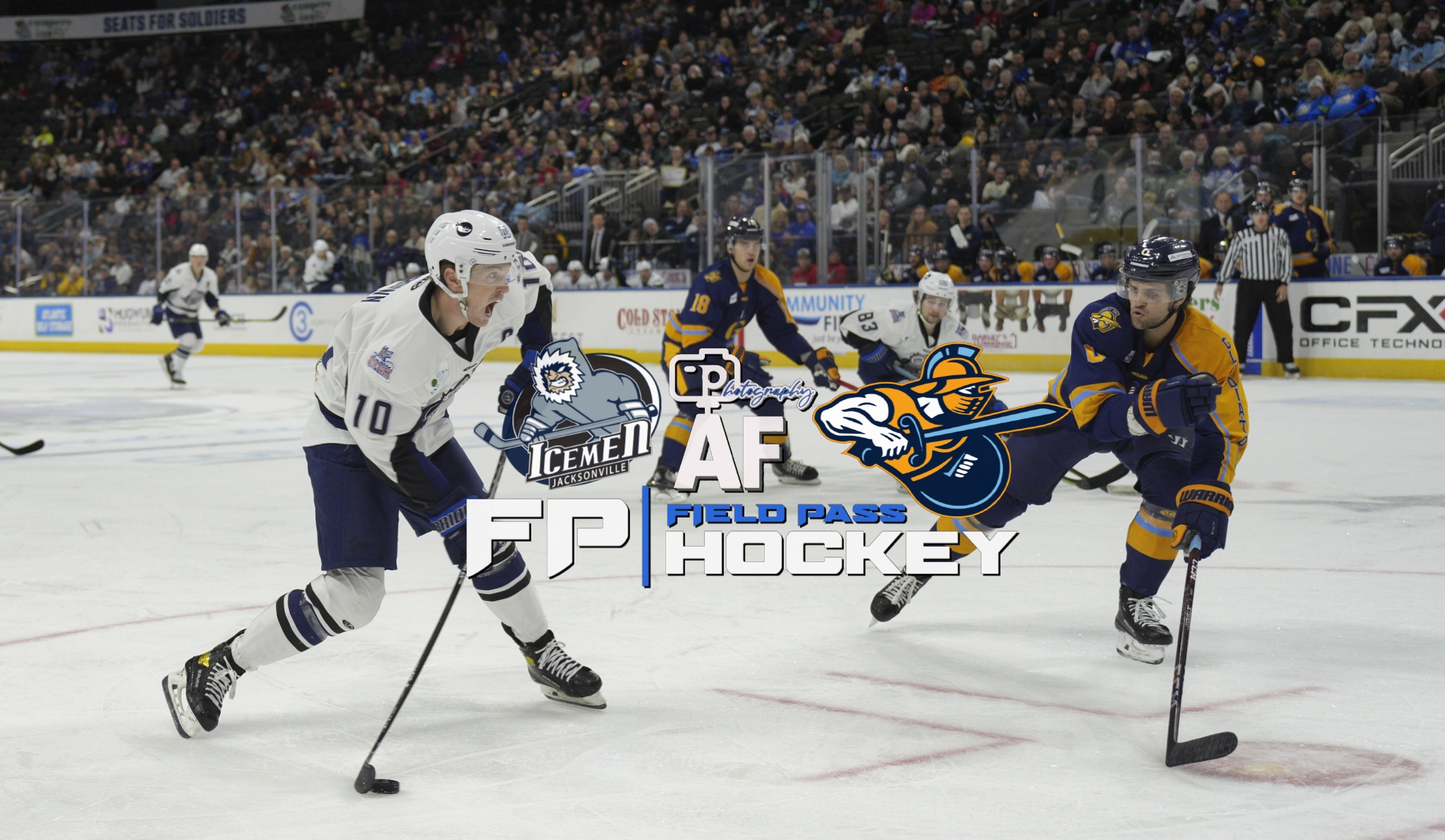 #ECHLPHOTOS | On Friday night, the @JaxIcemen hosted the @atlgladiators for the first time this season.
FHP Photographer @IcemenJax was there to capture all the action.

JACKSONVILLE, Fla – On Friday night, the Jacksonville Icemen hosted the Atlanta Gladiators for the first time this season. Atlanta prevailed with a 5-3 victory over Jacksonville.

Jacksonville started strong with lots of offensive zone pressure and held Atlanta to zero shots on goal for the first eight minutes of the period. Atlanta’s second shot on goal by Kaid Oliver put them up 1-0.  Twelve seconds later, Reece Vitelli would make it a 2-0 advantage to Atlanta. The Gladiators ended the first period up 3-0 after a third Atlanta goal by Zach Yoder at the 15.07 mark, which would result in a goaltender change by Jacksonville.

Jacksonville started the second period on the penalty kill from the remainder of a first-period penalty.  Less than a minute after that penalty had expired, Jacksonville went back on the penalty kill again. However, Jacksonville’s Zach Jordan would score his fourth short-handed goal of the season to top the current ECHL list for short-handed goals. The period ended 5-2 for Atlanta after goals from Mike Pelech and Tyler Kobryn.  Easton Brodzinski scored Jacksonville’s second goal during the period.

With 1.23 to go in the third period, Derek Lodemeier gave Jacksonville a boost with a tap-in goal, but it was too late to procure two more goals against Atlanta’s netminder Tyler Parks. Parks earned himself the No. 1 star of the game with some tremendous saves in the game.