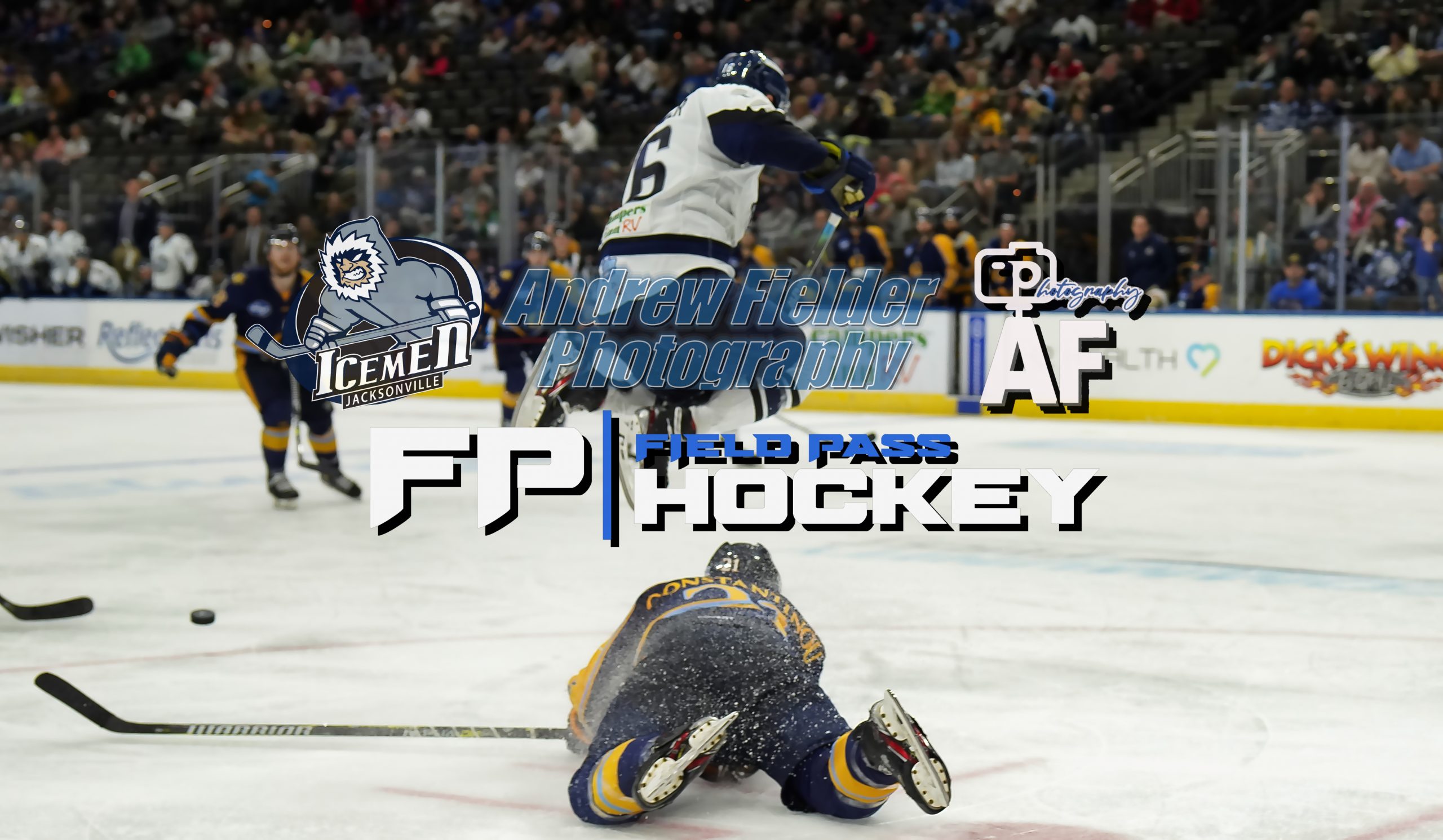 Friday night the Jacksonville Icemen defeated the visiting Atlanta Gladiators in the first of a three game back-to-back series.

Derek Lodermeier got the Icemen on the board with a snapshot late in the first period. Jacksonville headed to the locker room up 1-0 having outshot Atlanta 10-3 during that period.

Ara Nazarian, who had just returned from the AHL, netted the Icemen’s second goal less than three minutes into the second period. Atlanta started to pile on the pressure but were unable to get any pucks past Francois Brassard, even during a two man advantage and outshooting Jacksonville 15-10.

Kamerin Nault scored the only Atlanta goal of the game less than two minutes into the third period, catching Icemen netminder off guard and making it a one goal game. Atlanta pulled their goaltender late in the period in hopes of evening things up, but Craig Martin scored an empty netter putting the Icemen up by two again. Vladislav Mikhalchuk then scored a breakaway goal with one second left on the clock, much to the astonishment of the Atlanta goaltender. Atlanta outshot the Icemen 14-8 in the third period and outshot them 32-28 in the game. The two team match-up again Saturday evening.