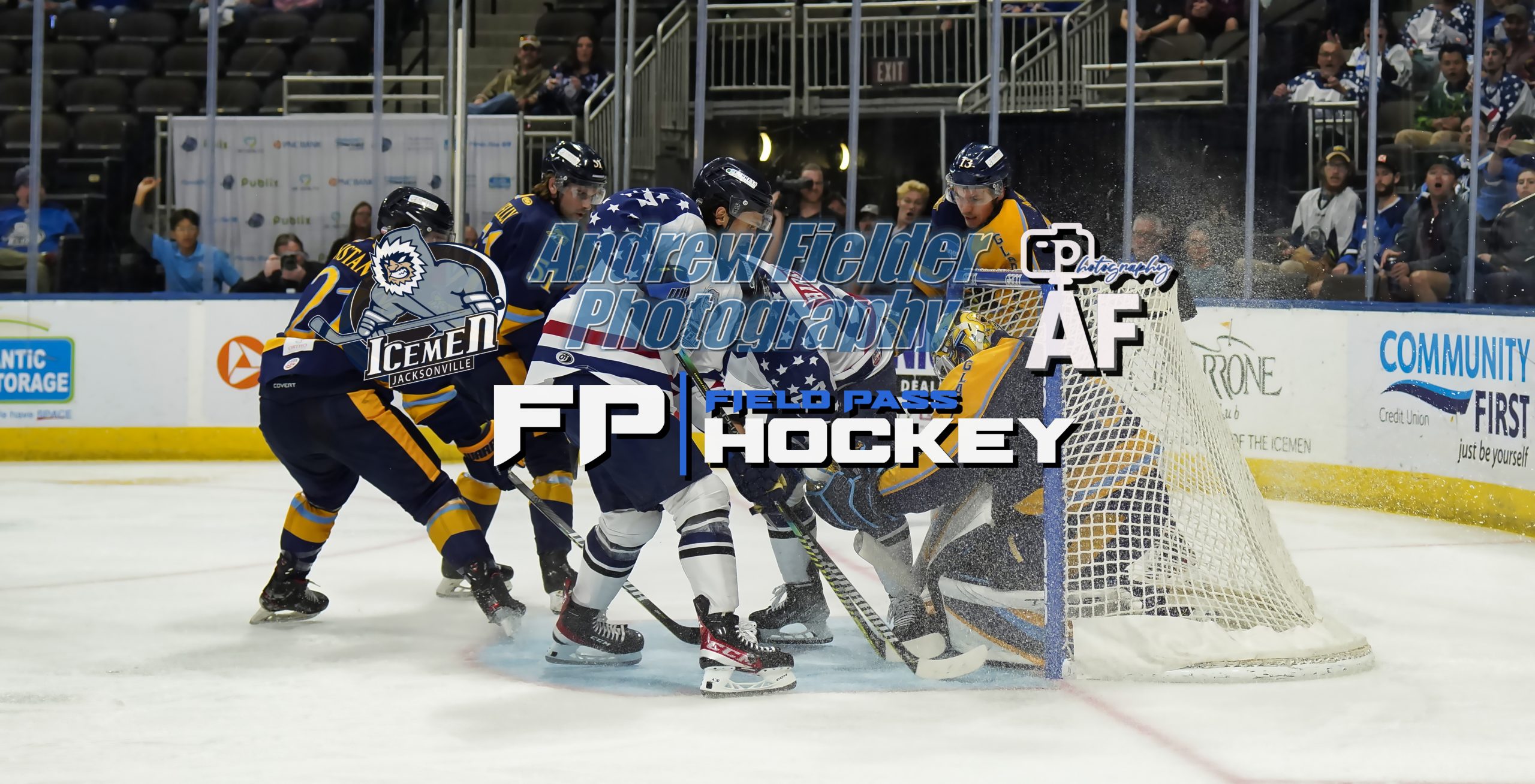 Saturday night the Jacksonville Icemen held their Military Appreciation Night and hosted the Atlanta Gladiators in the second of a three game series.

Jacksonville, Fla – Saturday night the Jacksonville Icemen held their Military Appreciation Night and hosted the Atlanta Gladiators in the second of a three game back-to-back series.  Even with Jacksonville outshooting Atlanta 44-28, the Gladiators prevailed with a 4-3 victory.

In a fast paced game, the first period saw five goals scored. Atlanta went up by two within the first ten minutes of the period, but Jacksonville came back scoring two goals 38 seconds apart to even things up. The first goal was initially ruled a no-goal due to goaltender interference. After a lengthy video review it was determined the puck had already crossed the line prior to the goaltender being knocked into. The Gladiators scored one more goal before the end of the first period to take the lead headed to the break. Each team had a goal in the second period with the Icemen’s Ben Hawerchuk netting his second of the night. The Icemen dominated the third period outshooting the Gladiators 16-3, but with Atlanta netminder Chris Nell stopping all of these shots, the Gladiators prevailed. The two team match-up again Sunday afternoon.