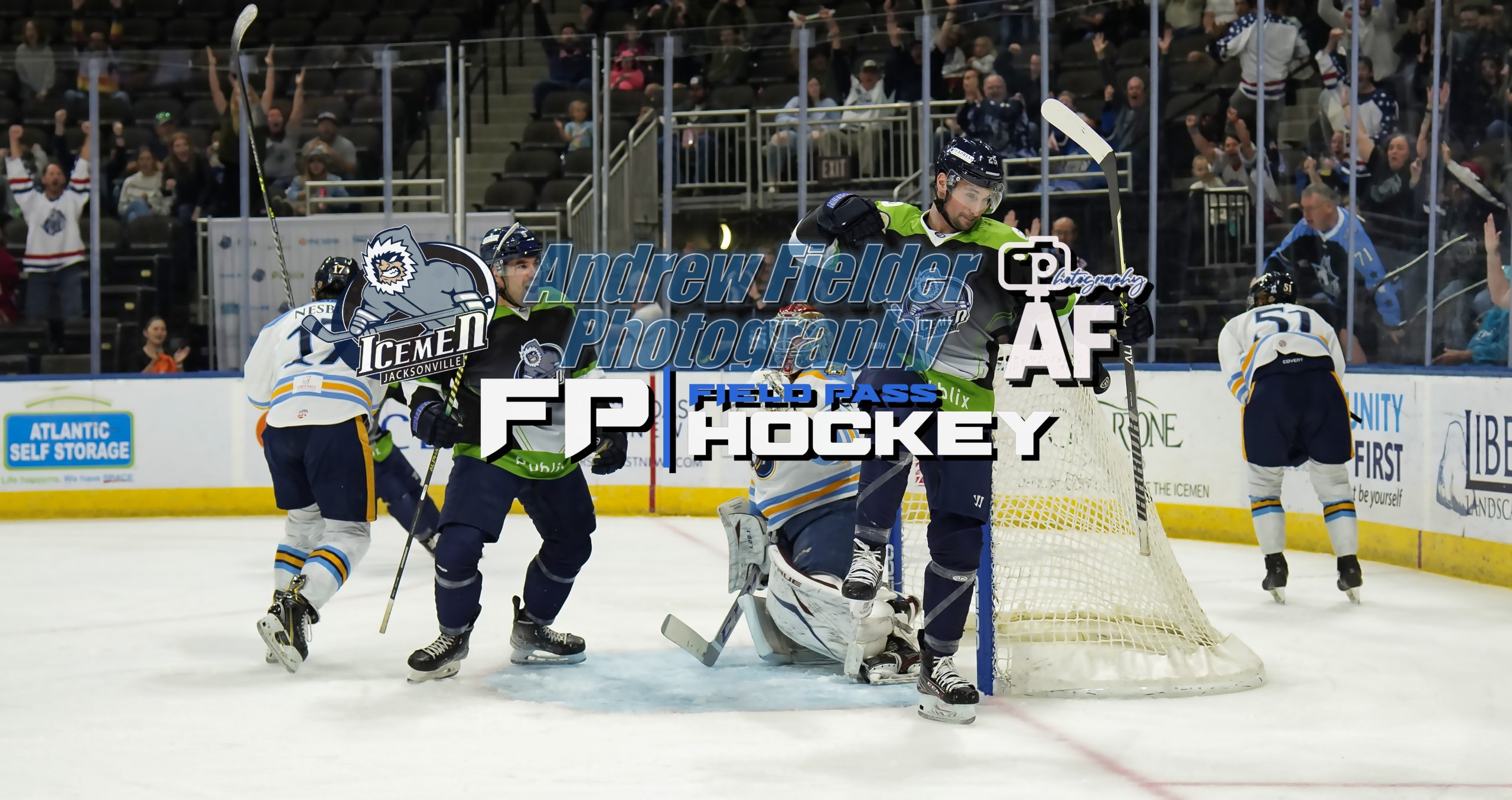 Sunday afternoon, for the third game in three days, the Atlanta Gladiators came back from a four goal deficit to beat the Jacksonville Icemen in overtime.

Jacksonville, Fla – Sunday afternoon for the third time in three days the Jacksonville Icemen took on the visiting Atlanta Gladiators. With the series tied at one win apiece, Atlanta came back from being down 4-0 and prevailed in overtime to take a 5-4 victory.

The first period was all Jacksonville, with goals from Derek Lodemeier, Sam Sternschein and Brendan Harris. This was Sternschein’s debut game for the Icemen and first professional career goal. The Icemen outshot the Gladiators 14-4 in that period.

The second period started off well for the Icemen, with a power play goal from Craig Martin just seven seconds into the period. The Gladiators, now down 4-0, came back with three unanswered goals to bring them within one.  Atlanta outshot Jacksonville 15-13 in that period.

A power play goal by Atlanta’s Hugo Roy at the 12.51 mark of the third period evened things up and would force the game into overtime. Michael Turner scored the game-winning goal for Atlanta at the 2.25 mark of overtime. Jacksonville outshot Atlanta 37-31 in the game.