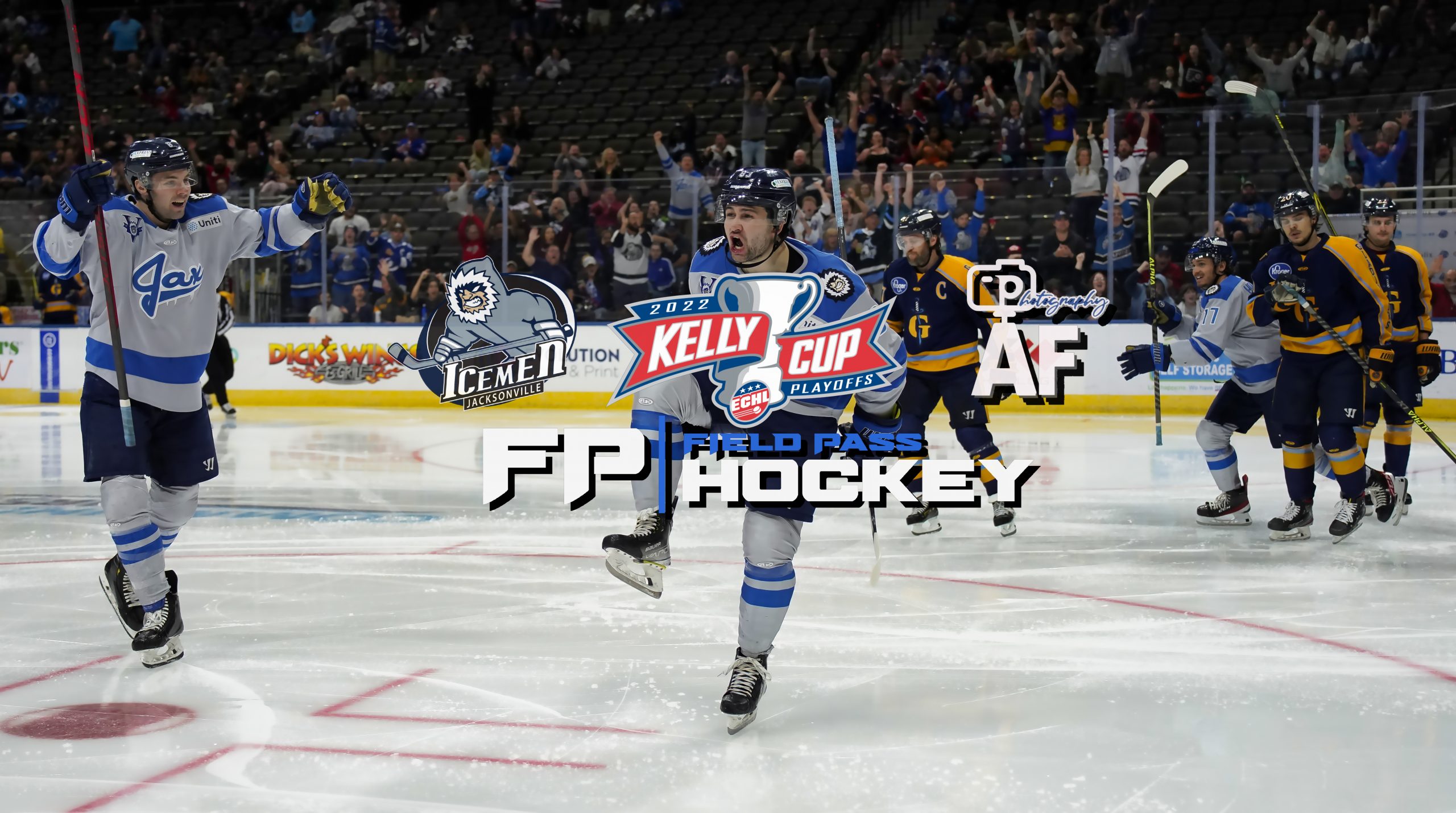 The Jacksonville Icemen came back from a 2-1 deficit to take a 3-2 victory over the Atlanta Gladiators, and take a 1-0 lead in the best-of-seven series

JACKSONVILLE, Fla. – Thursday night in game one of the Kelly Cup South Division Semifinals, the Jacksonville Icemen came back from a 2-1 deficit to take a 3-2 victory over the Atlanta Gladiators and take a 1-0 lead in the best-of-seven series.

Both teams came out strong in the first period, with Jacksonville taking every opportunity to shoot the puck towards the net. A breakaway goal by Sanghoon Shin put Atlanta on top at just over the halfway point of the first period. Jacksonvillle’s Ian McKinnon was able to even things up late in the period, and the teams headed to the locker room tied at one.

Derek Nesbitt got the go-ahead goal at the 17.22 mark of the second period to put Atlanta up 2-1 heading into the third period.

The Icemen’s Brenden Harris scored at the 1.07 mark in the third period to tie things up. Harris scored his second of the game three minutes later to give Jacksonville the lead and earn him the number one star of the game.

The play turned physical in the third period with the ECHL Goaltender of the Year – Francois Brassard making some big saves and bailing out the Icemen on some good scoring opportunities by the Gladiators.  A late penalty kill for Atlanta in the closing minutes of the game meant it was only in the last 25 seconds of the game they were able to pull their goaltender for the extra attacker. Brassard came up big again to keep Jacksonville ahead.