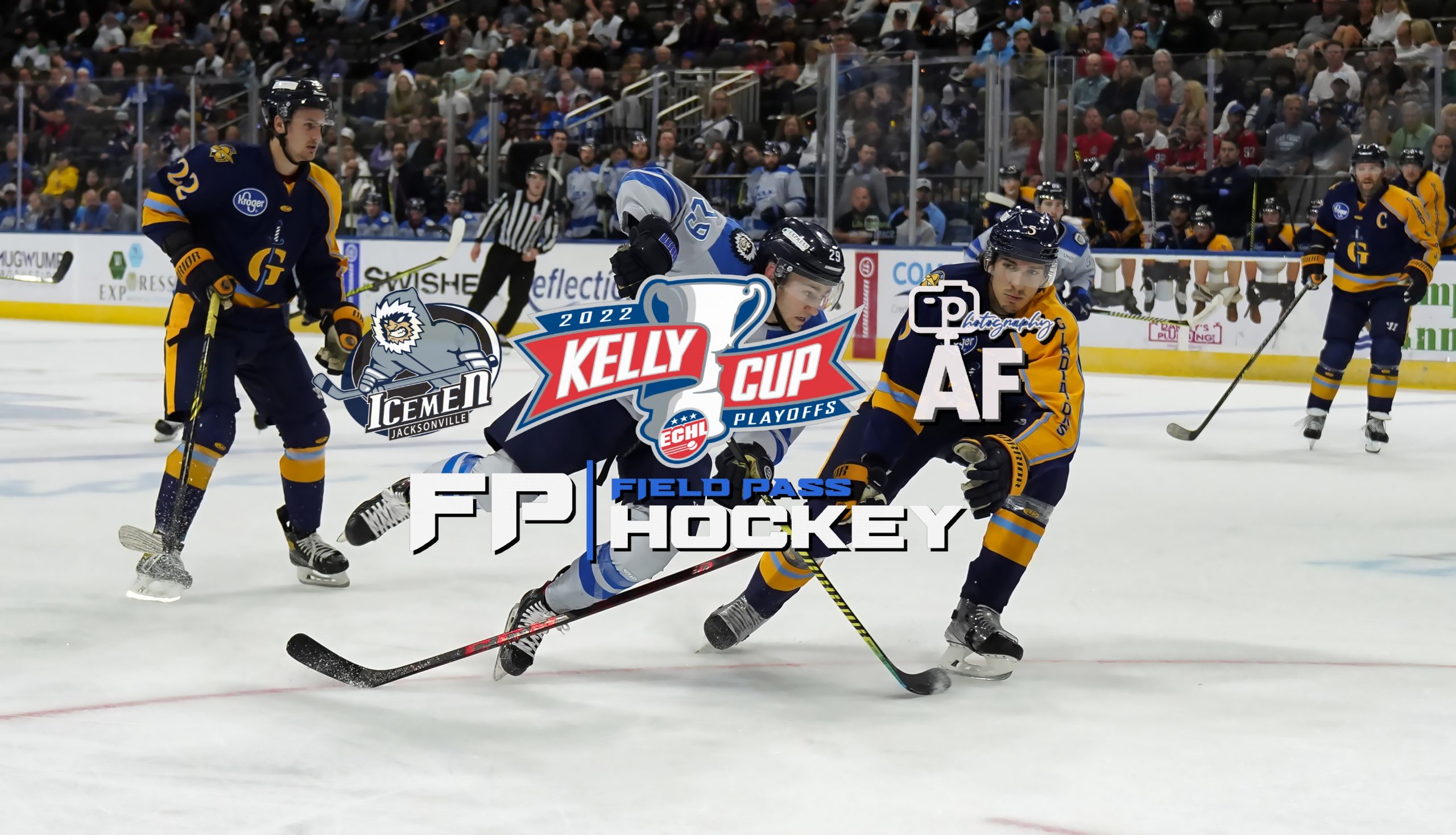 The Atlanta Gladiators fell to the Jacksonville Icemen for the third consecutive game, giving Jacksonville the 3-0 lead in the South Division Semifinal series.

JACKSONVILLE, Fla – Wednesday night in game three of the South Division Semifinals, the Atlanta Gladiators fell to the Jacksonville Icemen for the third consecutive game giving Jacksonville the 3-0 lead in the series.

The Icemen got onto the board first with a power play goal by Luke Lynch at the 3:13 point of the first period. Lynch tipped the puck in on a shot from Brandon Fortunato, with an assist from the Captain Christopher Brown. This was Brown’s first game back with the Icemen since December 2021, having spent the last four months playing with the Hershey Bears in the AHL. Jacksonville outshot Atlanta 13-7 during that period.

Ara Nazarian got the second goal for the Icemen at the 19.06 mark of the second period on a setup by Brenden Harris, along with a second assist of the night for Brandon Fortunato. Jacksonville outshot Atlanta 9-6 during the second period.

With Jacksonville up 2-o at the start of the third period, Atlanta turned up the pressure and began to swarm the Icemen net. Mitchell Hoelscher put Atlanta on the board at the 11.11 mark of the period to make it a one-goal game. Atlanta outshot Jacksonville 15-2 during the period, with Francois Brassard, the Icemen goaltender and ECHL Goaltender of the Year, putting on a stellar performance to keep it a 2-1 game and give Jacksonville the victory.

The two teams match up again tonight for Game Four at the Vystar Veterans Memorial Arena in Jacksonville. The outcome of this game will determine if the two teams will face off on Sunday in Duluth, GA, or if Jacksonville can close out the series and end the post-season for Atlanta.