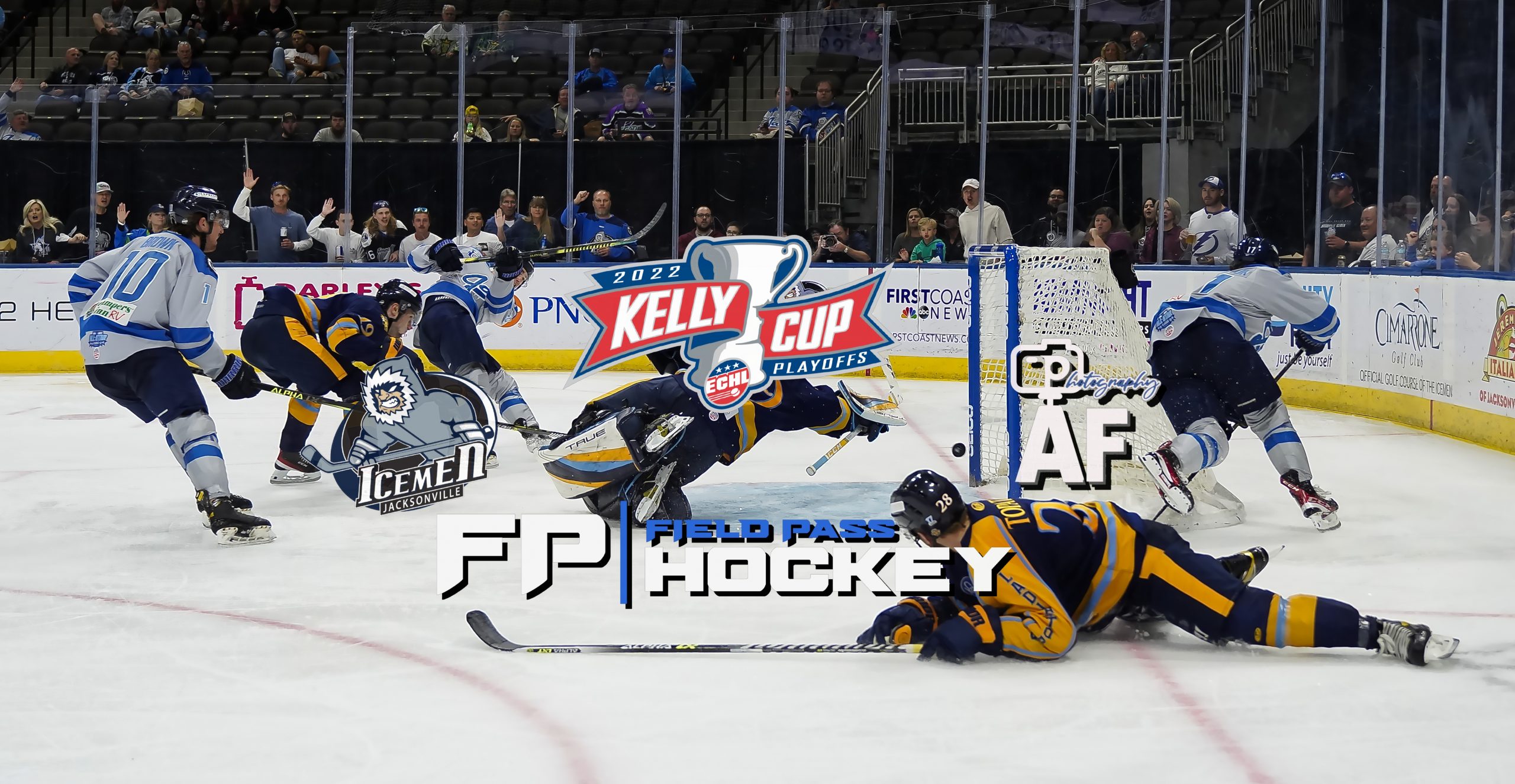 The Jacksonville Icemen blanked the Atlanta Gladiators in Game Four of the South Division Semifinals Thursday, sweeping the series.

JACKSONVILLE, Fla – Thursday night the Jacksonville Icemen blanked the Atlanta Gladiators 5-0  in Game Four of the South Division Semifinals, sweeping the best-of-seven series and advancing to the second of the Kelly Cup Playoffs.

The Icemen’s Ben Hawerchuk put the Icemen on the board at the 13.20 mark of the first period, for his second goal of the post-season. Luke Lynch scored the second Icemen goal six minutes into the second period, chipping in a redirect shot in front of the net, for his second in as many nights. Jacksonville’s second goal came on a odd man rush after killing off a five-on-three power play. Just as the time expired, Ben Hawerchuk took off with the puck, but was stopped by the Atlanta netminder Chris Nell. Craig Martin picked up the rebound and put the puck in the back of the net for the 3-0 lead.

Atlanta came out strong in the third period like they had done in the previous three games. They showered the net with pucks, outshooting Jacksonville 17-5 in the third period. Jacksonville’s Captain Christopher Brown converted on the power play for his first tally of the post-season at the 15.24 mark, to put the Icemen up by four. With the Gladiators goaltender pulled, Jacob Friend scored an empty net goal after shooting the puck the length of the ice, which was going wide of the net. The puck hit off the stick of Atlanta’s Derek Topatigh and deflected into the empty net, to put Jacksonville up by five. Atlanta outshot Jacksonville 37-23 in the game, but Jacksonville’s Francois Brassard showed why he was selected as the ECHL Goaltender of the Year. He turned away all 37 of those shots and earning himself the number one star of the game. Jacksonville’s penalty kill during this series was fantastic, killing of all 19 Atlanta power plays.

The Icemen will match-up against either the Florida Everblades or Greenville Swamp Rabbits in round two of the Kelly Cup Playoffs, for the South Division Finals.