On Wednesday night, the Jacksonville Icemen played their second home game of the season against the Atlanta Gladiators after having played four games on the road. 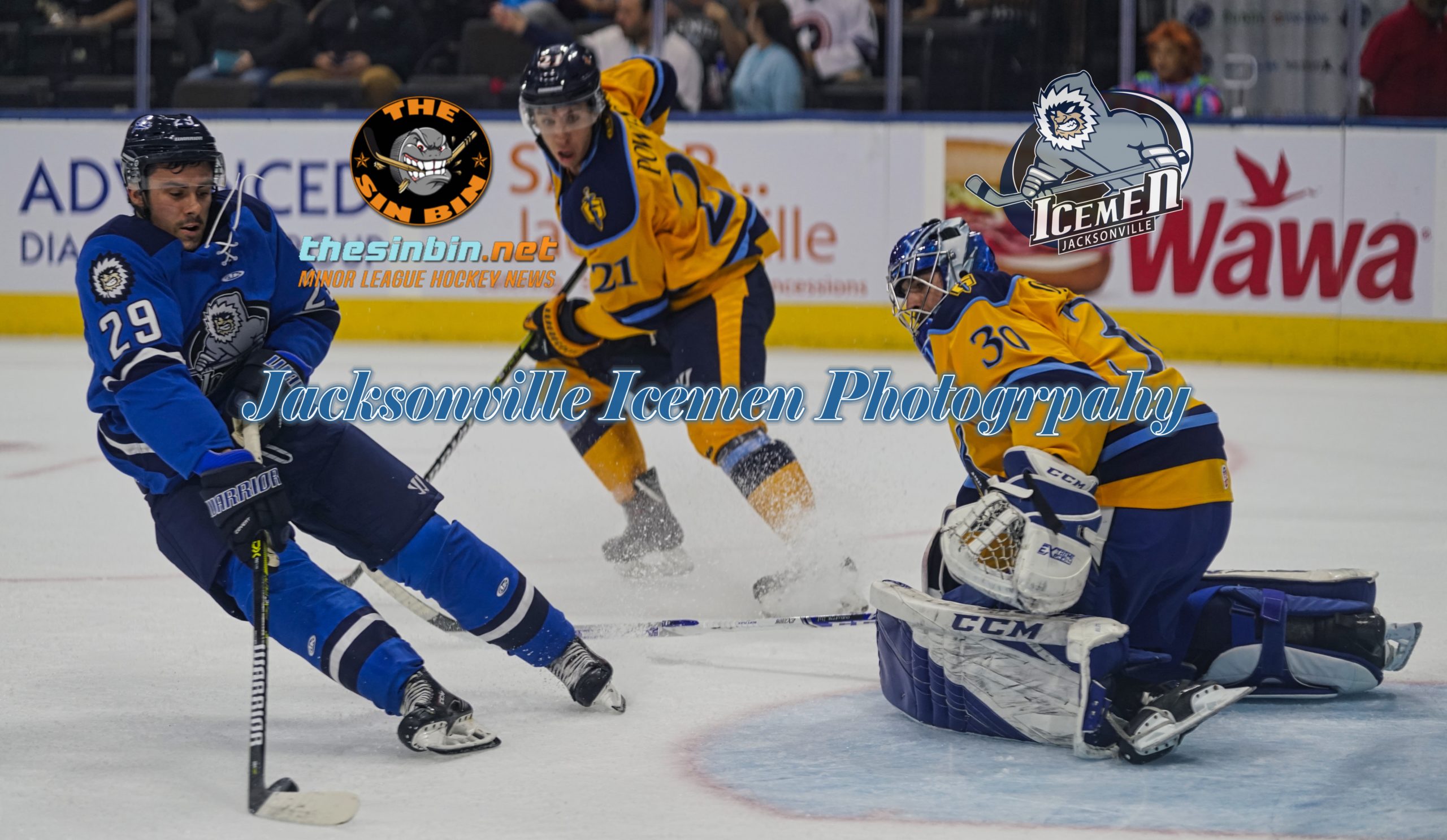 JACKSONVILLE, Fla. – On Wednesday night, the Jacksonville Icemen played their second home game of the season against the Atlanta Gladiators after having played four games on the road.
An early power-play saw Atlanta go up by one, followed by another Atlanta goal just past the halfway point of the first period. Jacksonville’s Maxime Fortier put the only tally on the board for the Icemen during the closing minutes of the first.
Another power-play goal by Atlanta early in the second period would put the Gladiators up by three. In the closing seconds of the second period, Jacksonville thought they had scored, but after a lengthy video review, it was determined the puck had not crossed the line.
A goal by the Gladiators within the first two minutes of the third period was the only goal of that period, sealing the deal for Atlanta. The Gladiators prevailed with a 4-1 victory over Jacksonville. The Icemen now sit at the bottom of the division standings with one win, two overtime losses and two losses in regulation time in the six games played.
[FAGP id=100632]