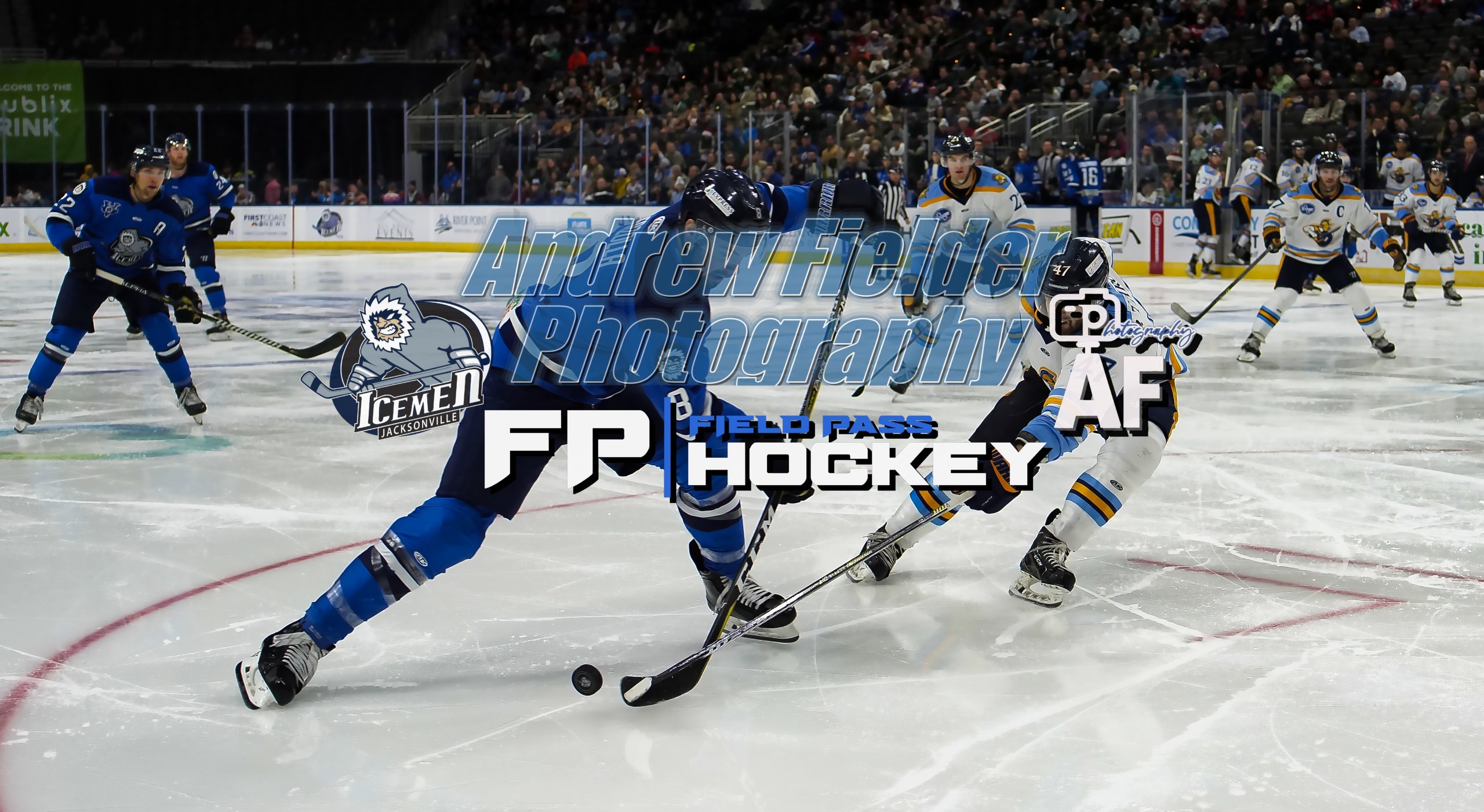 The Jacksonville Icemen continued their seven-game win streak hosting the Atlanta Gladiators for the first time this season.

JACKSONVILLE, Fla. – Wednesday night, the Jacksonville Icemen took on the visiting Atlanta Gladiators in their first visit to Jacksonville this season. The game required a shootout to determine a winner, with Jacksonville’s netminder François Brassard stopping all three shootout shots to give them the 4-3 victory.

During the game, Atlanta’s captain Derek Nesbitt played his 1000th professional career game, which was acknowledged by the Jacksonville crowd. Jacksonville’s Craig Martin continued his seven-game point streak with a goal in the first period, and gave the Icemen the win with the lone goal in the shootout.

The Icemen continued their win streak and set a new club record with their seventh win in a row. They sit in first place in both the South Division and the Eastern Conference, with a three-point lead over second place Florida.