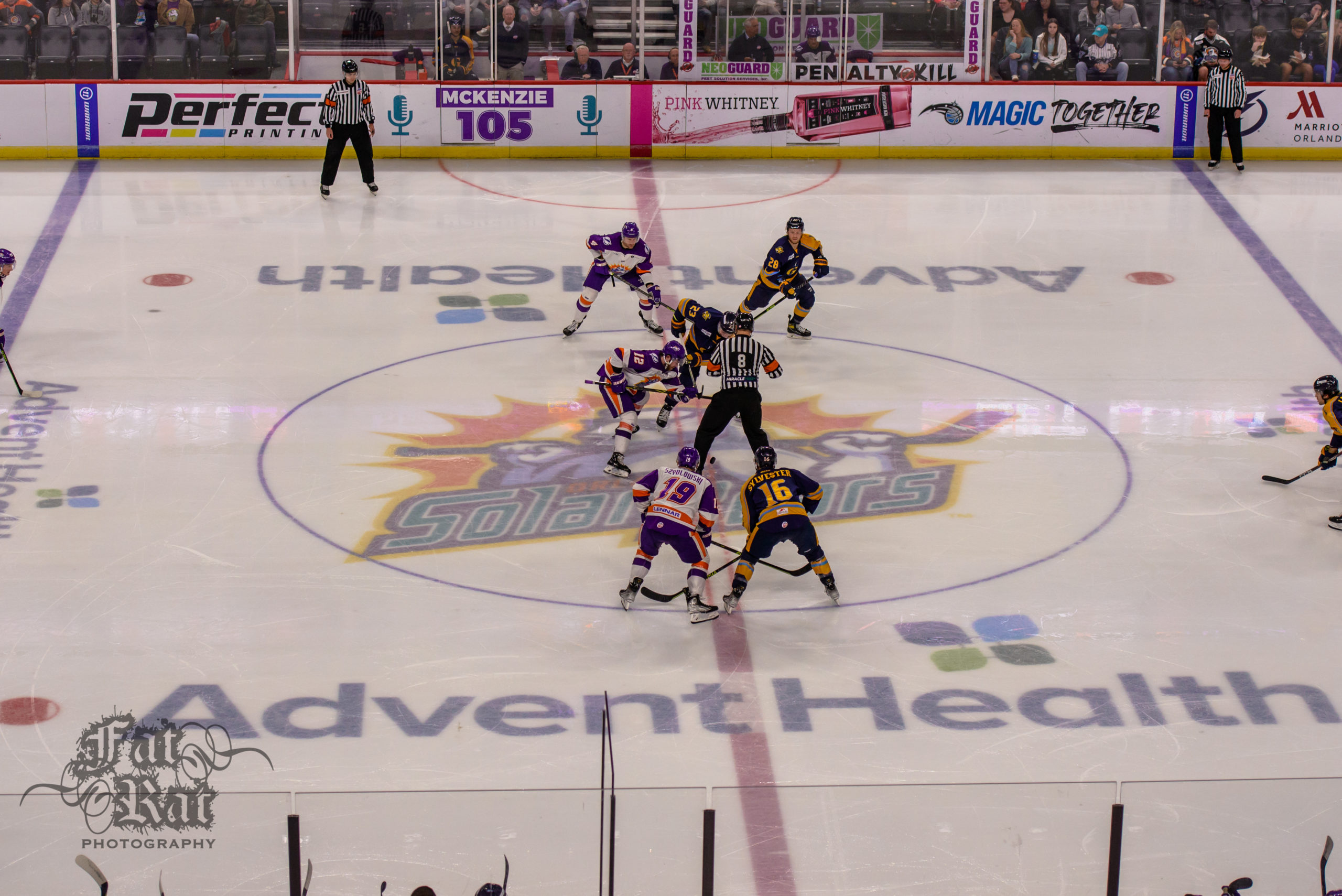 #ECHLPHOTOS | On Wednesday night, the @OrlandoHockey took on the visiting @atlgladiators at the Away Center.
FPH Photographer Jason Johansen was there for all the action!

ORLANDO, Fla – On Wednesday night, the Orlando Solar Bears took on the visiting Atlanta Gladiators at the Away Center.

The Solar Bears won 2-3 in their first home game since the All-Star Classic weekend. Tyler Kobryn scored first for the Gladiators at the 2:08 mark of the first period, followed by Orlando’s Mathieu Foget at the 12:54 mark of the first. In the second period, Atlanta’s Cody Sylvester scored their only other goal of the game, while the Solar Bears Jaydon Dureau and Tristan Langan both scored and took the lead and the win.