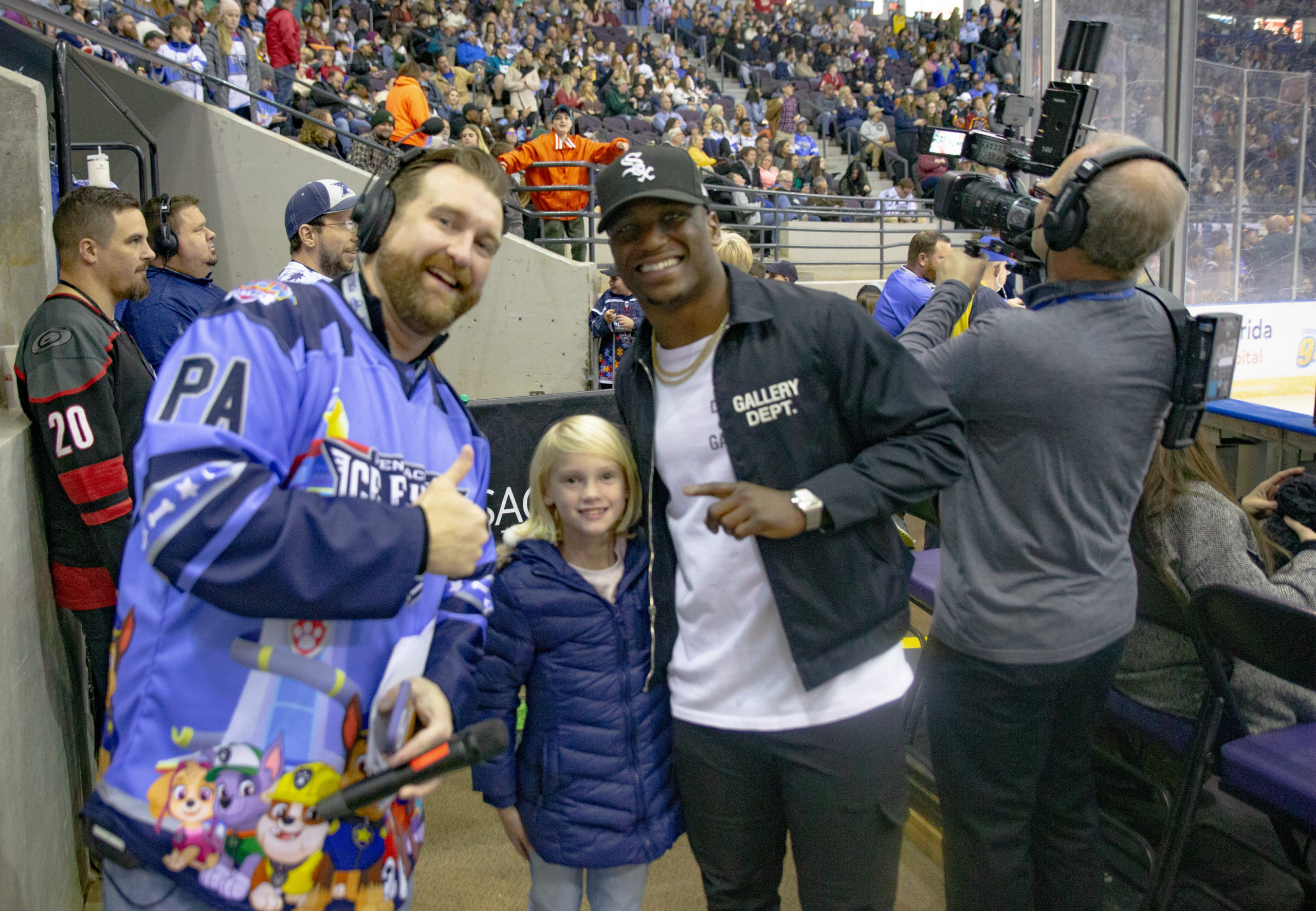 #SPHLPHOTOS | The @PcolaIceFlyers welcomed both the @BullsBirmingham and the @MaconMayhem for a two game homestand over the MLK weekend.
FPH Photographer Bill Kober was there for all the action from both games!

PENSACOLA, Fla — The Pensacola Ice Flyers welcomed both the Birmingham Bulls and the Macon Mayhem for a two game homestand over the Martin Luther King Holiday weekend.
The first game was against the Birmingham Bulls on 01/14/23, where Birmingham came away with a 3-0 victory. The game’s highlight was an appearance by Pro Bowl selectee safety Jeremy Reaves of the Washington Commanders.

On MLK Day, the Flyers came away with a convincing 7-1 victory over the Mayhem in their second game of the weekend. Pensacola scored five goals in the first 17 minutes of the game. Forward Ivan Bondarenko tallied three assists in the game.

Check out this photo gallery from Field Pass Hockey’s Bill Kober for highlights from the two game.