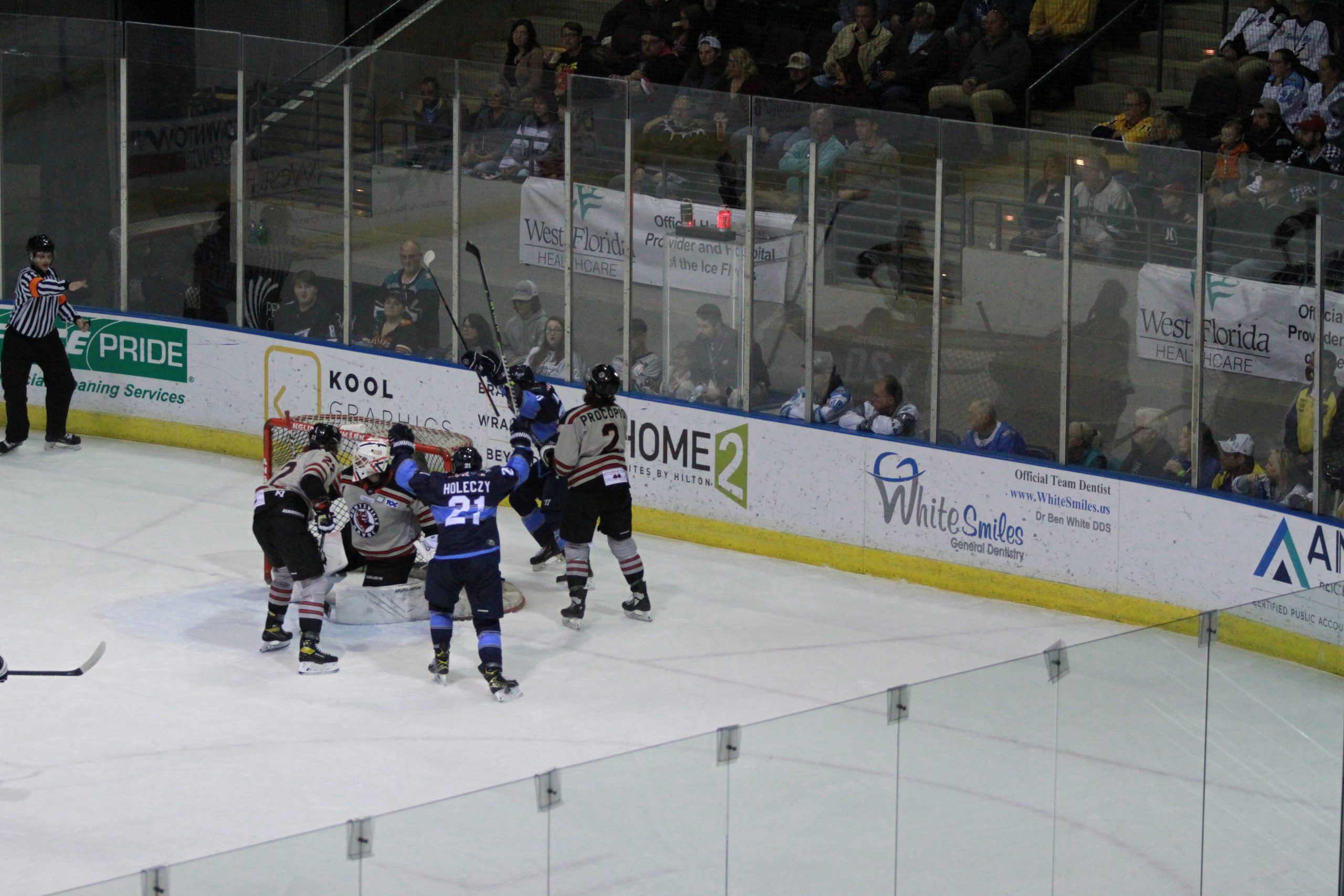 PENSACOLA, FL — The Huntsville Havoc were in town on  January 14, 2022, for a game against the Pensacola Ice Flyers. Ivan Bondarenko scored the Ice Flyers first goal eight seconds into the game. With the game tied up at two a piece, Marcus Russell scored the game winning goal for the Ice Flyers with eight minutes left in the third period giving them the 3-2 victory. This was Pensacola’s first win against the Havoc since May 2021.

On January 15, 2022, The Birmingham Bulls were the visiting team. The Bulls shutout the Ice Flyers with a score of 4 – 0.