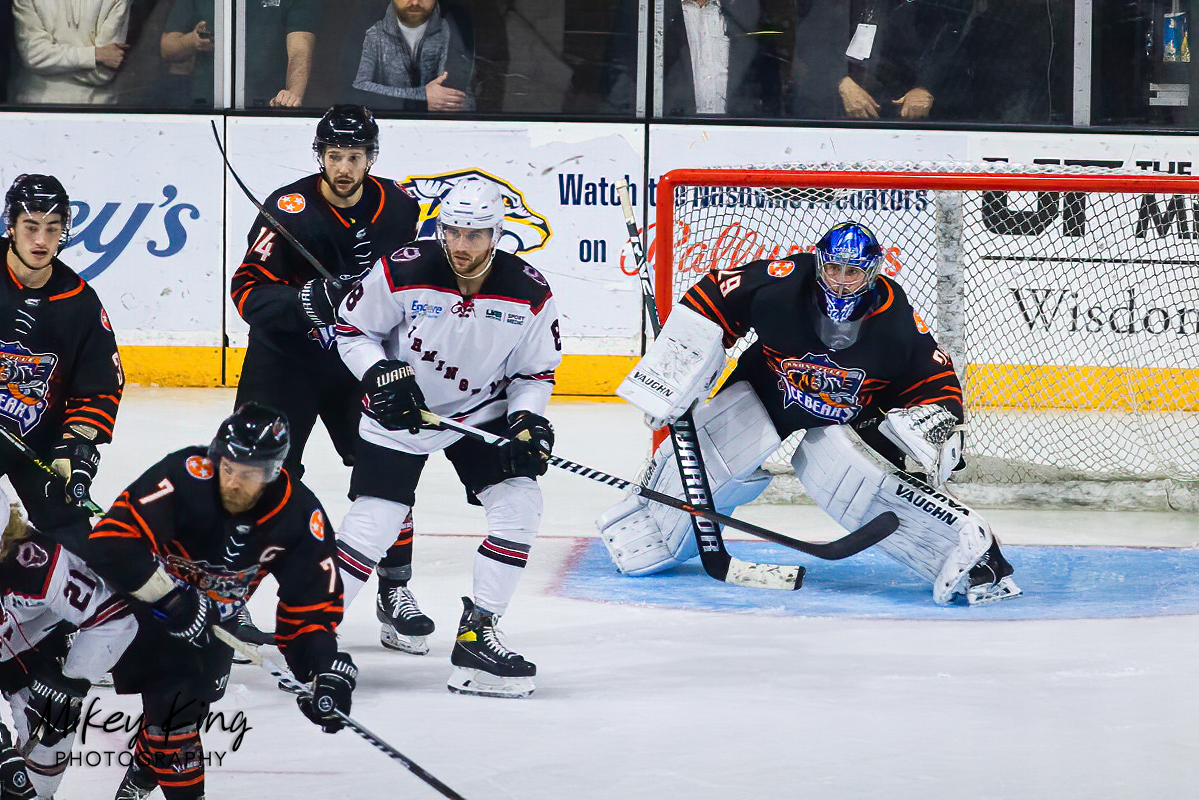 #SPHLPHOTOS | The @icebears hosted the @BullsBirmingham Sunday night at the Knoxville Civic Coliseum.
FPH Photographer Michael King was there and shot this photo gallery!

The Ice Bears and Bulls started the New Year off with a high-energy game. Tensions boiled over about halfway through the second period. During a media time out, multiple fights broke out. This resulted in three players from each team given fighting majors and two players from each team with game misconducts.
Knoxville had two goals from Kyler Matthews and 25 saves from Bailey MacBurnie, but could not come away with the win. The Knoxville Ice Bears fell to the visiting Birmingham Bulls 3-2 in overtime.