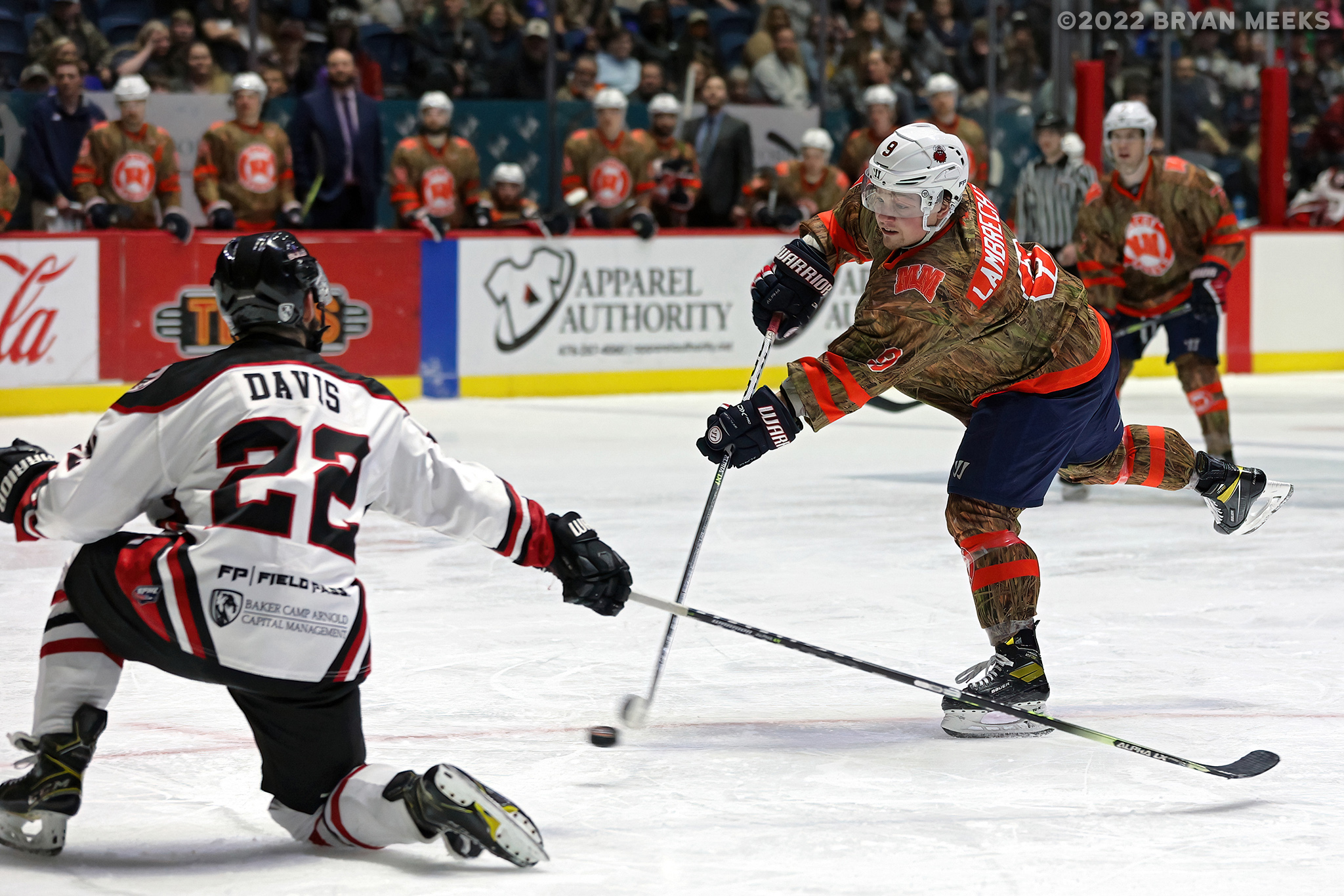 MACON, Ga. – The Macon Mayhem ended a 3-in-3 weekend at the Macon Coliseum on January 29, 2022, when they faced the Birmingham Bulls. The Mayhem were sporting camouflage jerseys for their “Outdoors, Indoors” promotional night.

The last meeting of these teams saw Macon besting Birmingham. Since then, the Mayhem have struggled, whereas the Bulls have flourished. Both teams are battling near the bottom of the standings and trying to gain ground on the rest of the league.

Like most games this season, the Mayhem trailed early in the first period. The opening frame would end with Birmingham on top 2 to 1. Macon played some of their best hockey in the second period, scoring two unanswered goals. They did not let up in the third period either, netting an additional goal. The Mayhem won the game with a final score of 4 to 2.

Check out Bryan Meeks’ gallery, and be sure to follow him at Orbicular Media, MaconHockey.Photos and on Instagram!