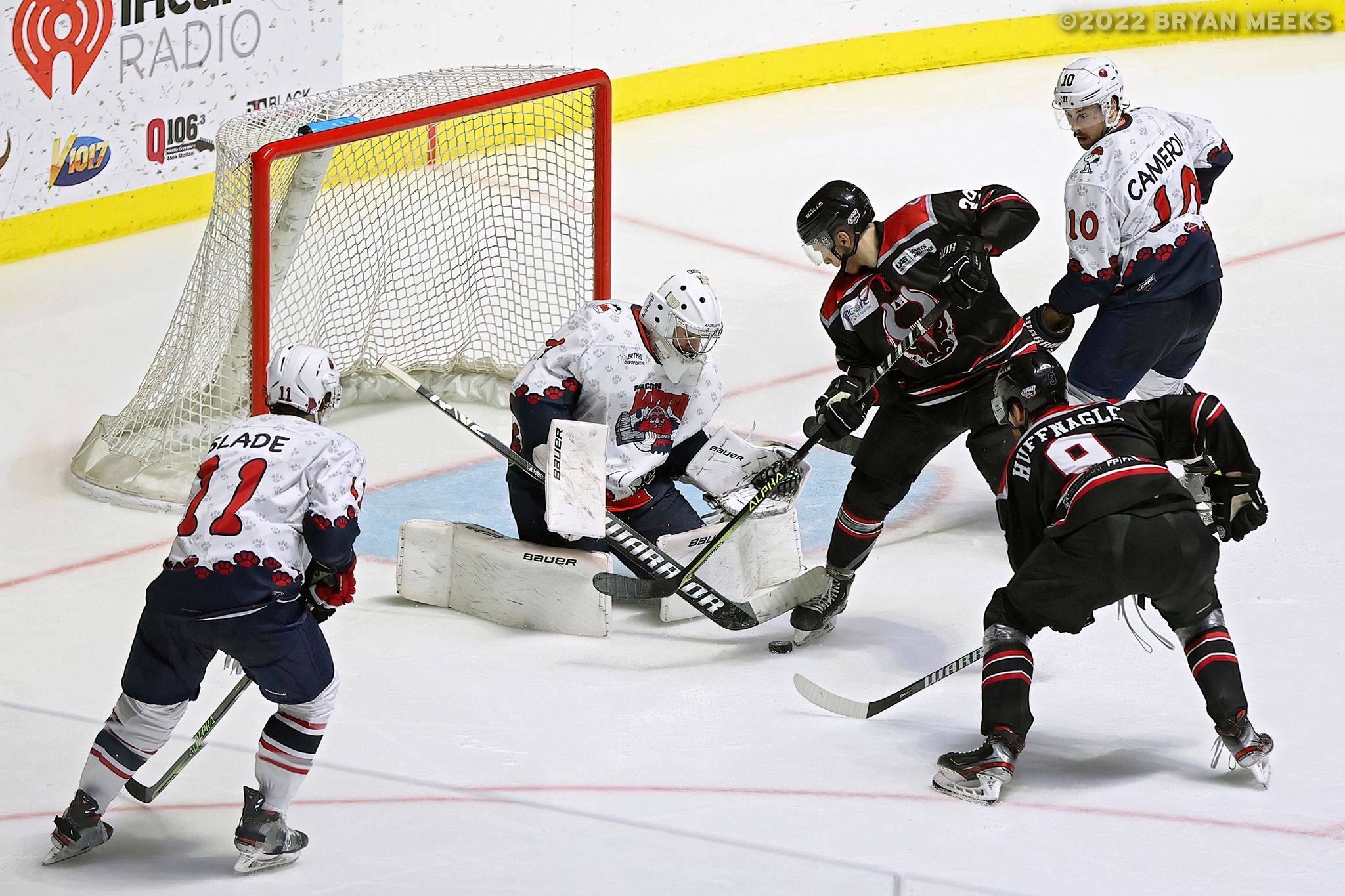 MACON, Ga. – “Pucks and Paws” night is always an exciting event for the Macon Mayhem. This year’s event took place on February 26 when the Birmingham Bulls returned for yet another Saturday evening game. The Mayhem suited up in Peanuts-themed gear including jerseys with Snoopy on the front. The night was full of great action and some fun twists. The evening started off with an emotional national anthem sung by Princess Rogers that brought the crowd to tears. The first intermission featured dogs of all sizes racing down the ice. One of the competitors even appeared to let everyone know how he feels about running on cold ice. Then, a young man proposed to his girlfriend, who said yes. The hockey action was just as thrilling for the home crowd.

Coming off of a shutout loss on the previous night, the Macon Mayhem were hoping to impress the large crowd at “Pucks and Paws” night. They were able to do just that.

Macon’s Caleb Cameron found the back of the net for the only goal in the opening period. Nigel Slade and Curtis Hansen both tallied goals in the second period to extend the Mayhem’s lead. Late in the third period, Caleb Cameron was able to ring an empty net for the final goal of the game. Macon goaltender Michael Stiliadis blocked all 35 of Birmingham’s shots securing the shutout win. The final score was 4-0 in favor of the Mayhem.