The Mayhem were sporting jerseys with drawings from Peach County School children in support of Autism Awareness Month. 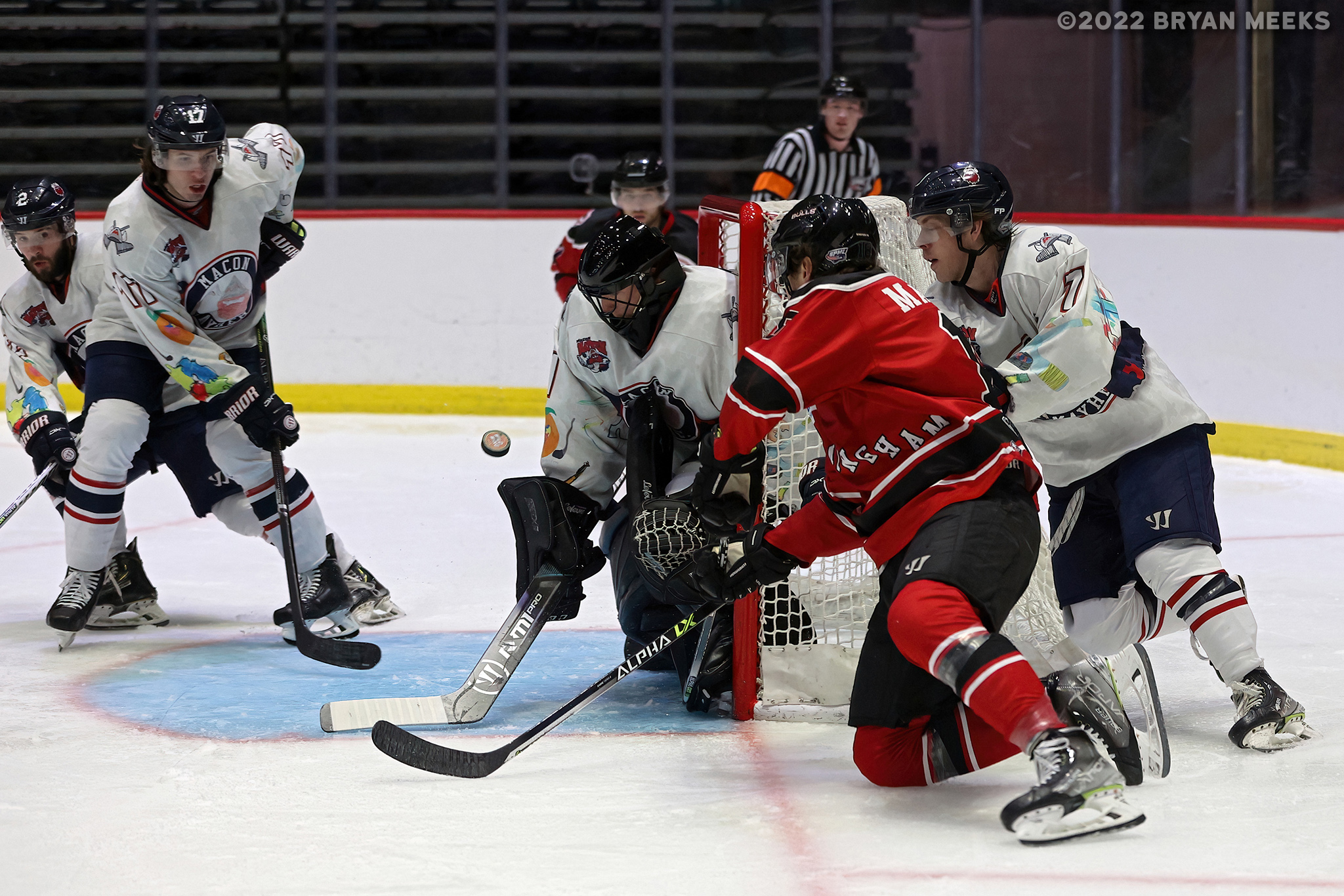 MACON, Ga. – The Macon Mayhem hosted the Birmingham Bulls for a second consecutive night on April 2, 2022. The Mayhem were sporting jerseys with drawings from Peach County School children in support of Autism Awareness Month.

Having handily won on the previous evening, the Birmingham Bulls were hoping to continue their dominant play. They got the start they wanted with a goal right after two-minute mark of the first period. Both teams would battle hard through the remainder of the opening frame and into the second. The Bulls once again found the back of the net adding to their lead. Macon was not done fighting and would end up tying the game before the second period buzzer sounded. Birmingham took the lead back early in the third period. The Mayhem kept on pace and eventually scored midway through the third period. A 3-3 tie at the end of regulation meant it was time for some “free” hockey. Unfortunately for the home team, it only took eight seconds for Birmingham’s Mike Davis to score the game-winner. The final score was 4-3 in favor of Birmingham.