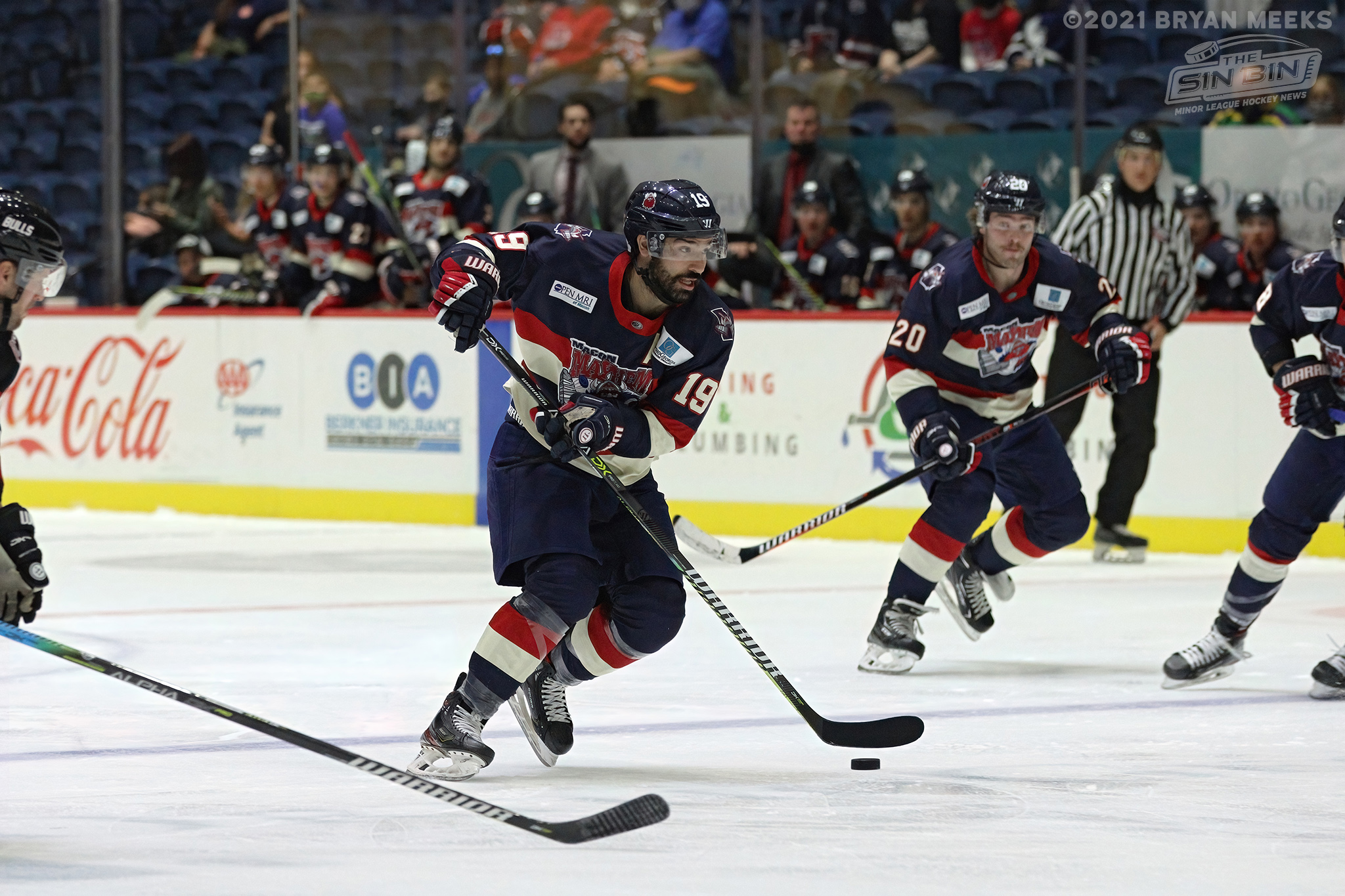 MACON, Ga. – The Macon Mayhem hosted the Birmingham Bulls for Pucks and Paws night on April 3, 2021. The Mayhem ended the first period with a two goal lead. The first intermission featured small dog races. The returning two time champion, Hazel, retained her racing championship. Back to hockey, Birmingham got one goal in the second period to knock the lead in half. The Bulls were unable to catch the Mayhem in the third period. The final score was Birmingham – 2 and Macon – 5.