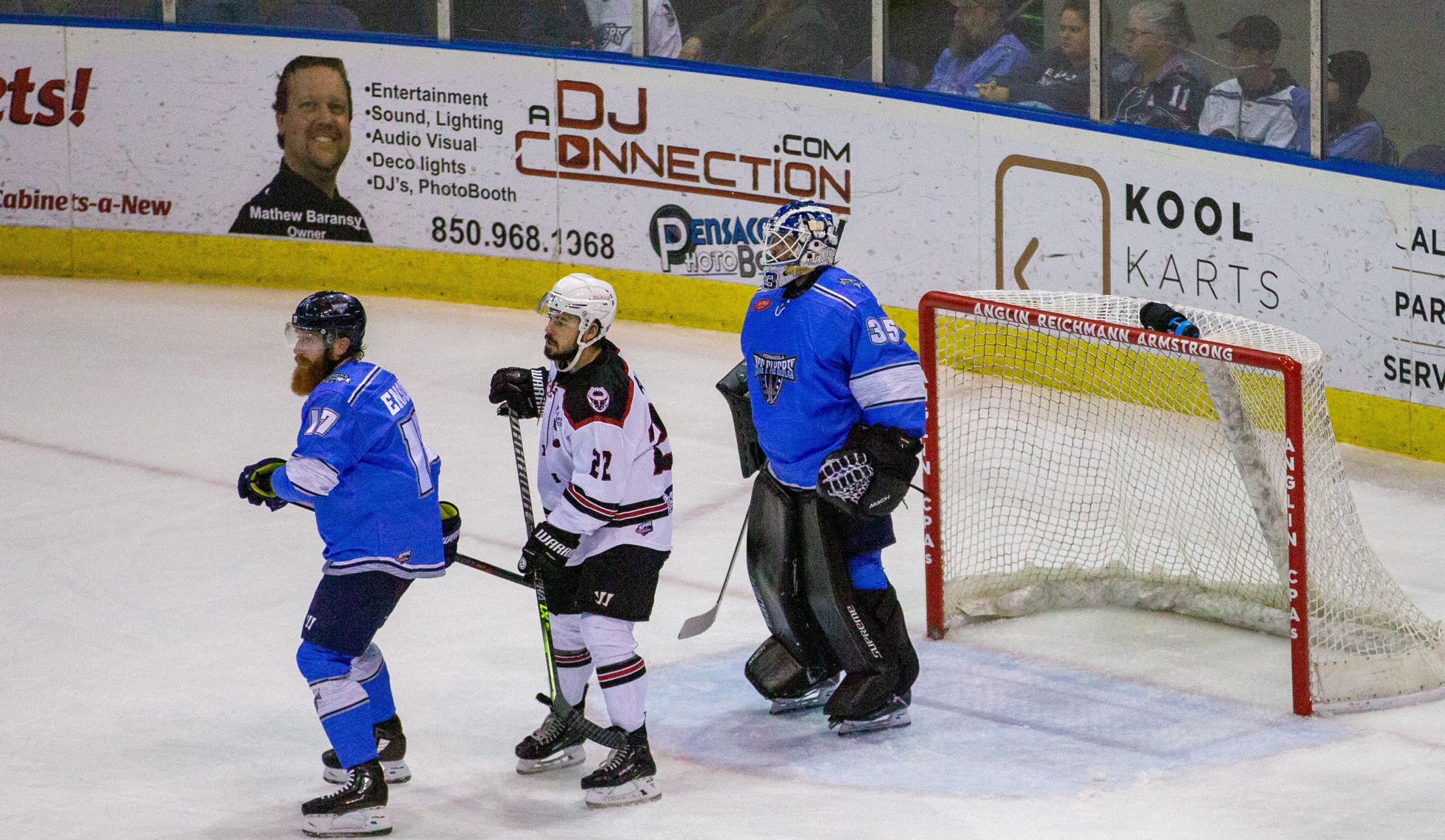 #SPHLPHOTOS | The Pensacola Ice Flyers welcomed the Birmingham Bulls for the first home game of 2023 on Friday.
FPH Photographer Bill Kober was there for all the action!

PENSACOLA, Fla — The Pensacola Ice Flyers welcomed the Birmingham Bulls for the first home game of 2023 on Friday. Birmingham came away with a 5-2 victory.

One of the highlights for the Ice Flyers was the return of Defenseman Seth Ensor, who returned after a four-week absence. Ensor managed two shots on goal but came away empty-handed on both shots.