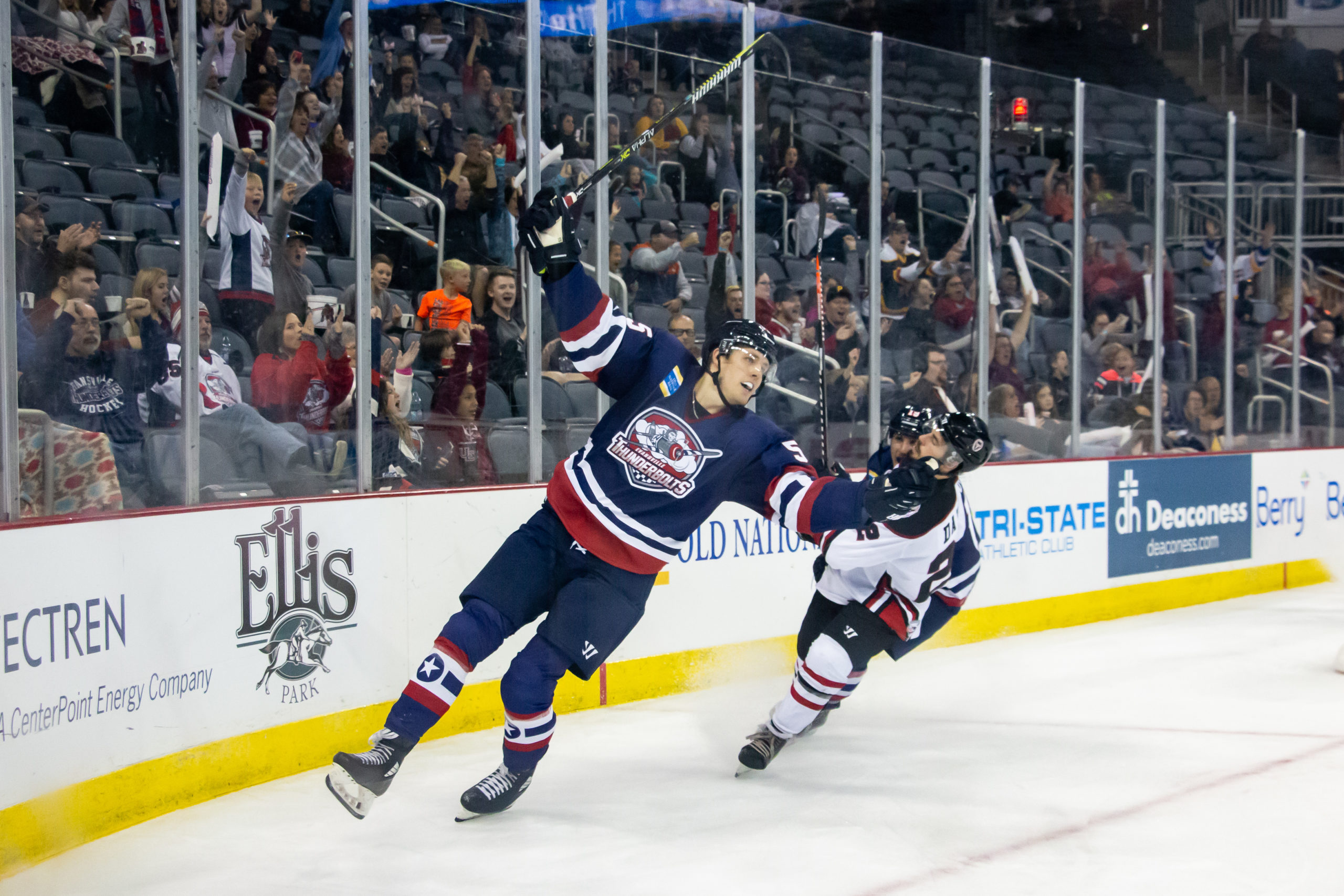 The Thunderbolts’ home opener saw the Bulls come roaring into Evansville on Saturday.

EVANSVILLE, Ind. – The Thunderbolts’ home opener saw the Bulls come roaring into Evansville on Saturday. Coming off a 2-1 win against Knoxville the previous night, the atmosphere in the Ford Center was electric as fans filed in with their thundersticks at the ready.
The Bulls ultimately came out on top with a 4-2 win against the Bolts, but not for lack of effort. Evansville’s first goal of the night came from rookie defenseman Felix Kronwall on a breakaway, with less than four minutes left in the second period. It was also Kronwall’s first pro goal.

“As a defenseman, I would not expect my first pro goal to be on a breakaway,” he shared with me. “However, it was good to get my first goal out of the way but it would have felt even better with a win for the team.”