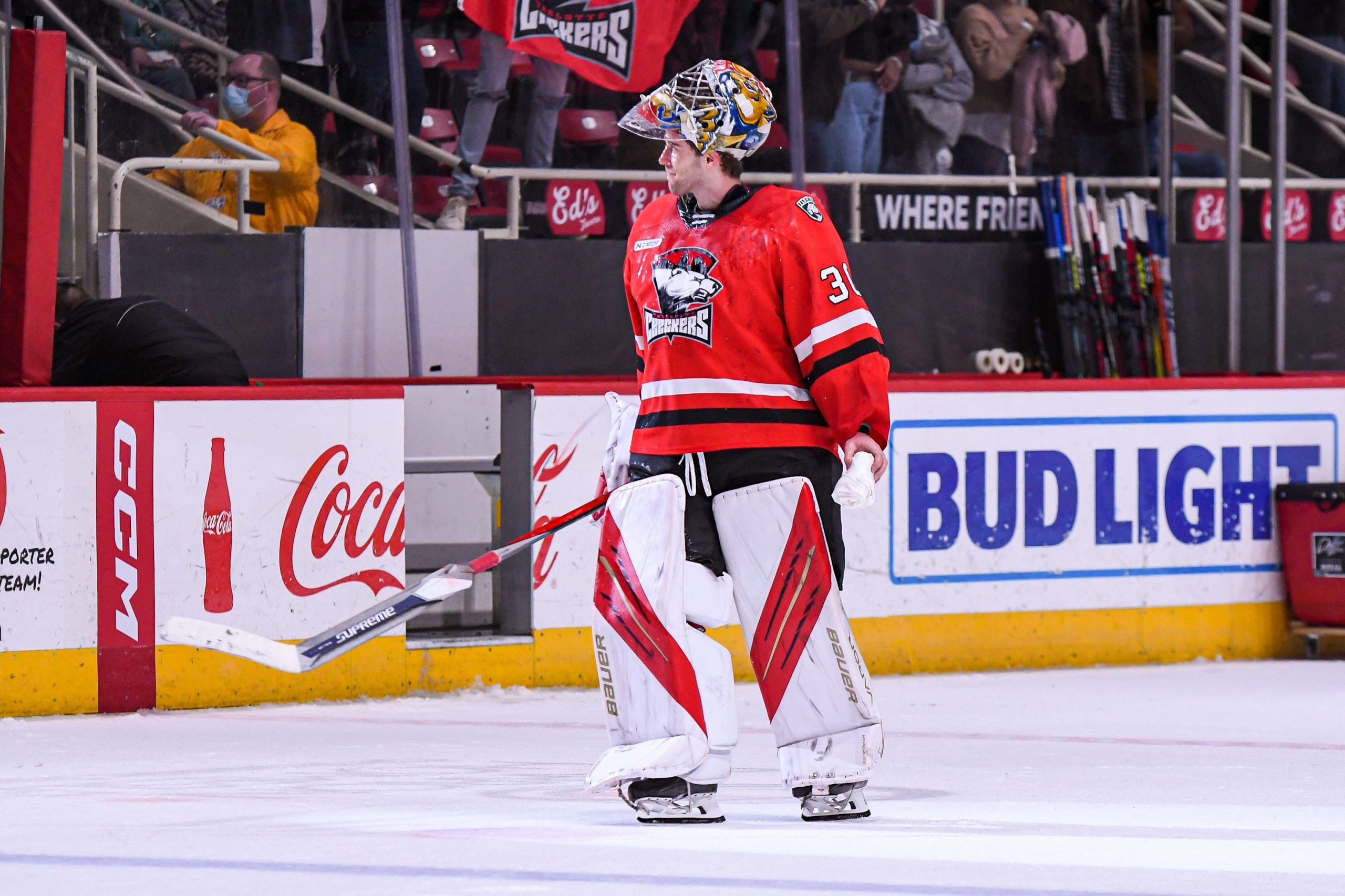 Saturday night’s battle between the Charlotte Checkers and Bridgeport Islanders was a close one.

CHARLOTTE, NC – Saturday night’s battle between the Charlotte Checkers and Bridgeport Islanders was a close one.

Both teams fought hard to get a goal for nearly the entire game, but with less than three minutes left in regulation Scott Wilson finally put one in the back of the net for the Checkers. An empty net goal by Kole Lind sealed the deal with 14 seconds left on the clock, giving Charlotte the 2-0 victory. Netminder Spencer Knight won a well-deserved first star of the game, as he recorded his first pro career shutout.