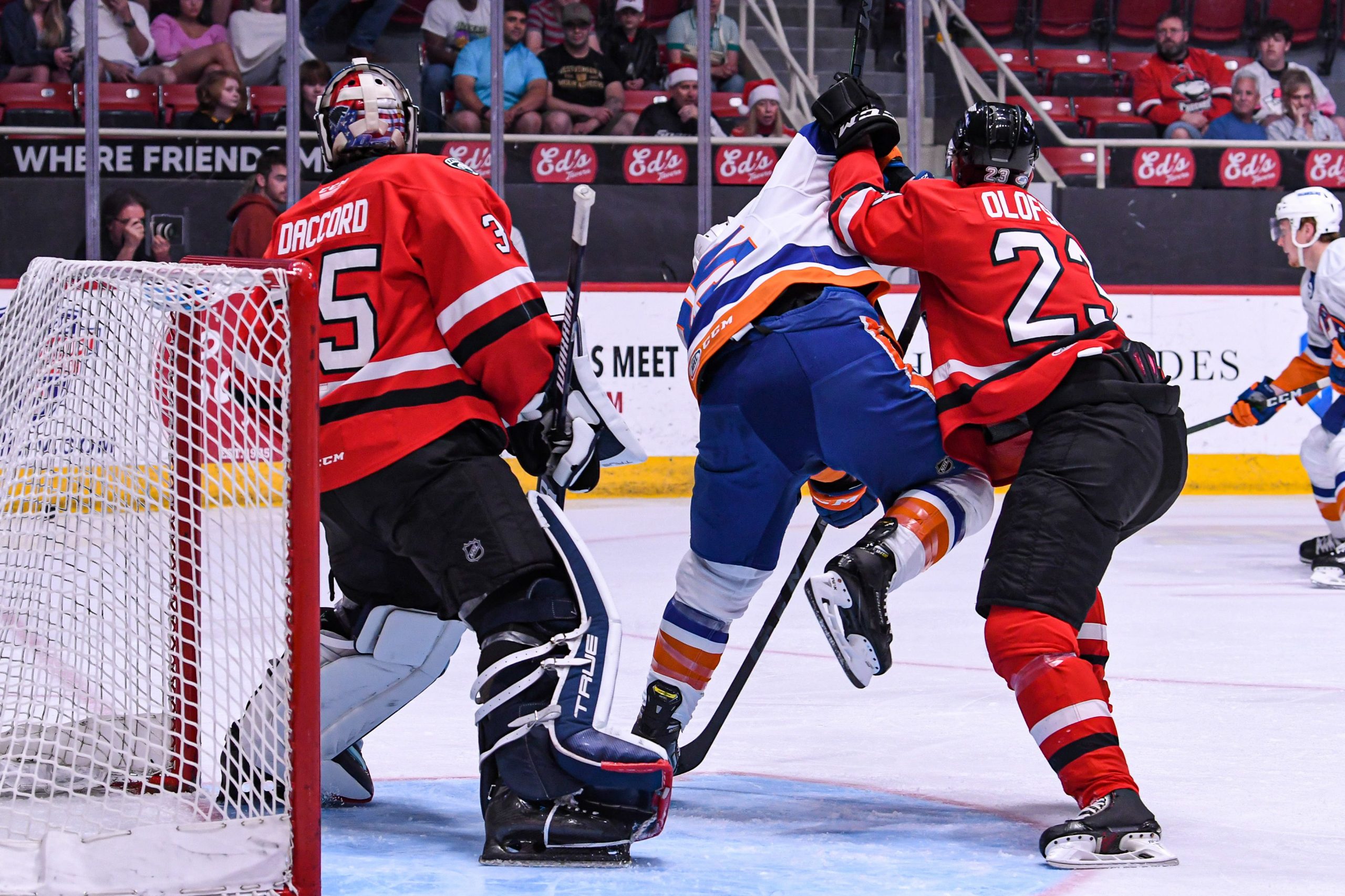 The Bridgeport Islanders took the victory over the Charlotte Checkers Saturday night, in Game 3 of their playoffs series.

CHARLOTTE, NC – Game 3 between the Charlotte Checkers and Bridgeport Islanders started out slow Saturday night, after a scoreless first period.

Aleksi Heponiemi got the Checkers on the board first during the second period but the Islanders quickly answered back with a goal of their own to end the period 1-1.

Both teams came back ready to put up a hard fight in the third period as a win for the Checkers would put them in the next round of playoffs. The Islanders were able to net two more goals with Charlotte only scoring one, giving Bridgeport the 3-2 victory and forcing a Game 4 on Monday night.

Check out this photo gallery from Field Pass Hockey’s Rebecca DaSilva who was there to capture the action.