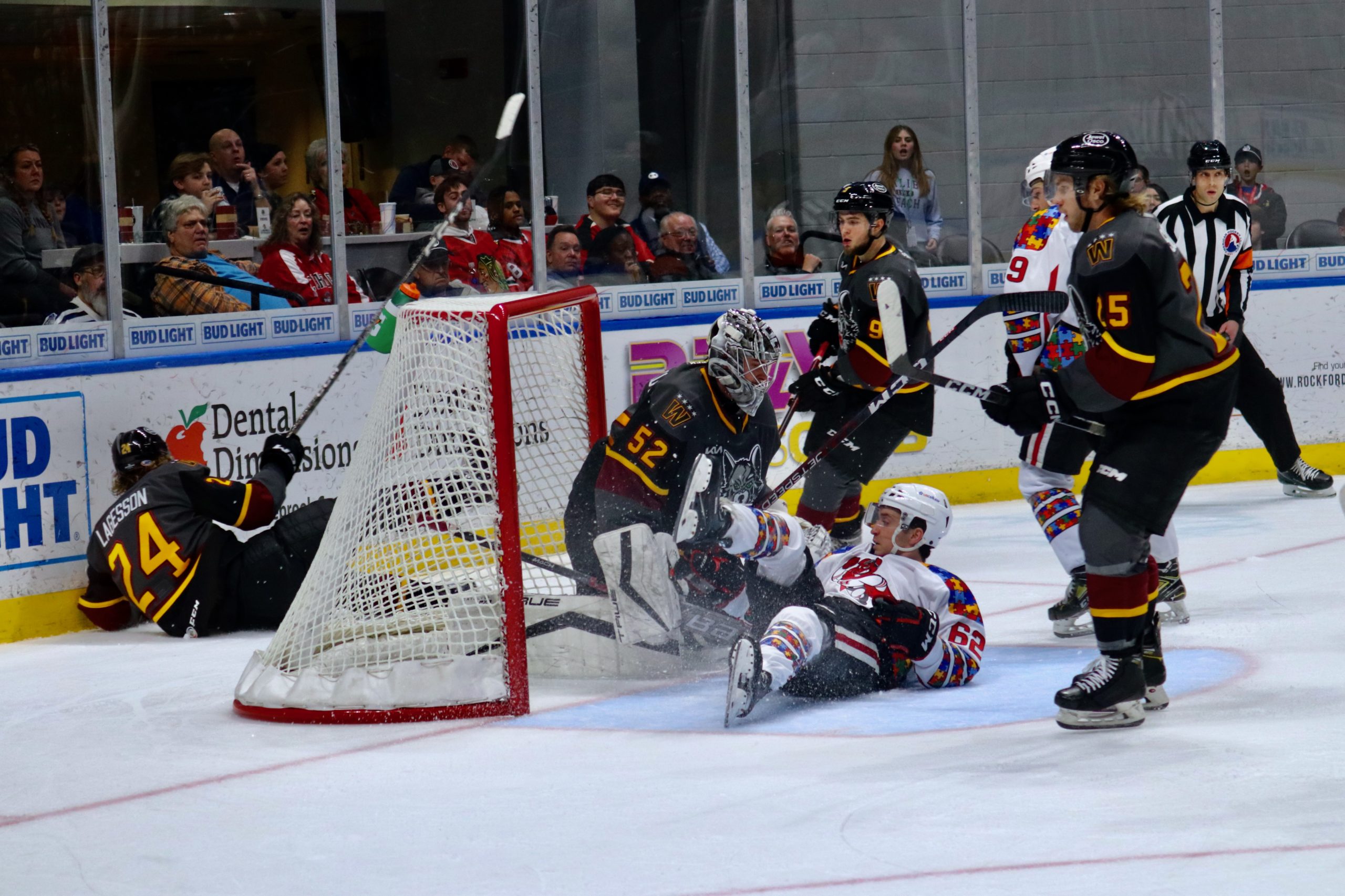 #AHLPHOTOS | On Saturday the @chicago_wolves hosted their Autism Awareness Night against the visiting @goicehogs.
FPH Photographer Donald Carlson was there for all the action!

ROCKFORD, Ill- On Saturday at the BMO Center, the Chicago Wolves hosted their Autism Awareness Night against the visiting Rockford IceHogs.

The Wolves defeated the IceHogs 6-2 in front of a sellout crowd.

Check out the photo gallery from Field Pass Hockey’s Donald Carlson,who was there to capture the action.