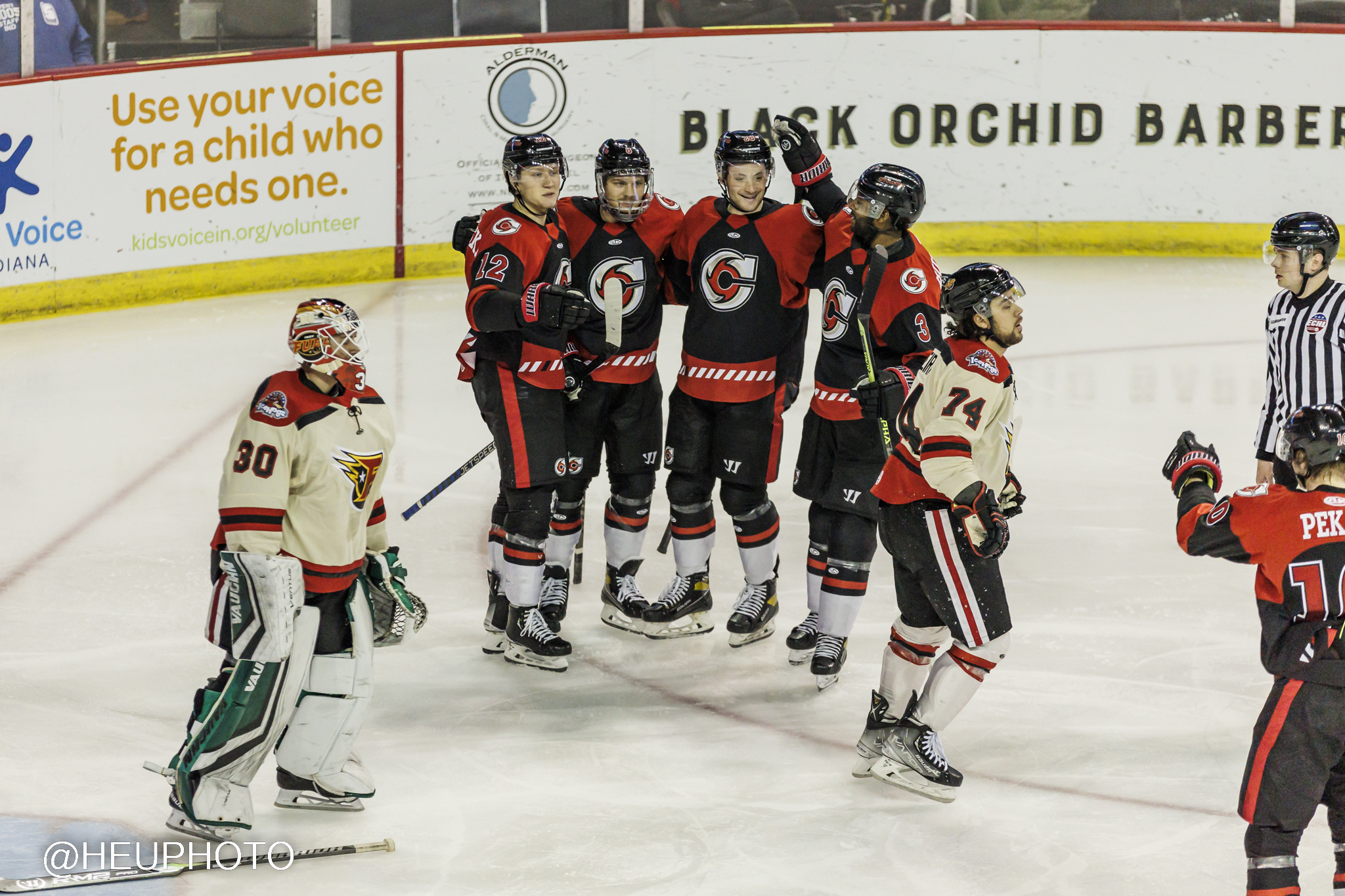 Indy scored first 2:01 into the first period causing teddy bears to rain from the 5000-plus fans. Cincinnati responded with three consecutive goals by Patrick Polino, Matt McLeod, and Kohen Olischefski. Indy’s Chad Yetman cut the deficit to one before the second intermission. A power goal by Zack Andrusiak at 4:42 in the third gave the Cyclones a two-goal lead, but Indy did not make things easy and scored a goal on a penalty shot with less than 11 minutes left in the game. With three seconds left, the Fuel missed an excellent opportunity to tie the game but was denied by Mark Sinclair, who had 26 saves.