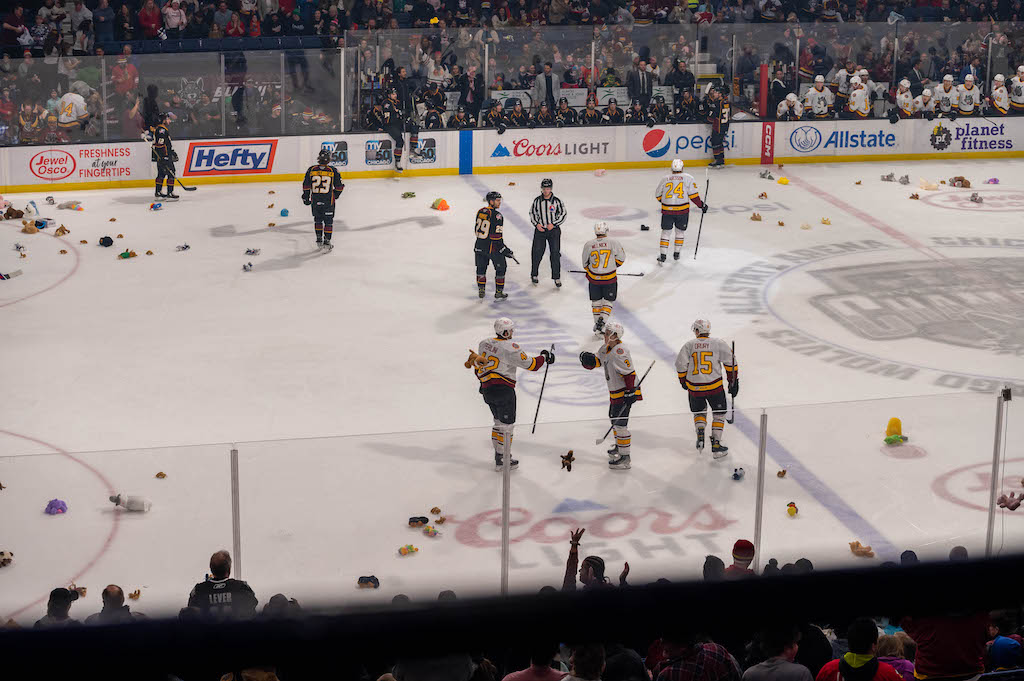 #AHLPHOTOS | Saturday night, the @chicago_wolves hosted the @monstershockey, for their annual Teddy Bear Toss game.
FPH Photographer @Karenm_jpeg there for all the action!

ROSEMONT, Ill – On Saturday night, the Chicago Wolves hosted the Cleveland Monsters, at the Allstate Arena, for their Teddy Bear Toss game.

In a well-played first period, the Wolves managed to keep the Monsters scoreless, and took a 2-0 lead. William Lagesson, scored his seventh of the season, which lead to fans tossing their bears oontothe ice. Ryan Suzuki, would score his fourth for the season.

Even though the Wolves were in the penalty box for a good part of the second period, they were able to keep the Monsters at bay and not let them cash in on the powerplays. Zack Hayes would score his second of the season, making it a 3-0 game going into the third.

The Monsters would have to wait for Josh Dunne to score his sixth of the season to get on the board. Jack Drury, would score his third for the season to close out the scoring in the contest, making it a 4-1 victory for the Wolves.