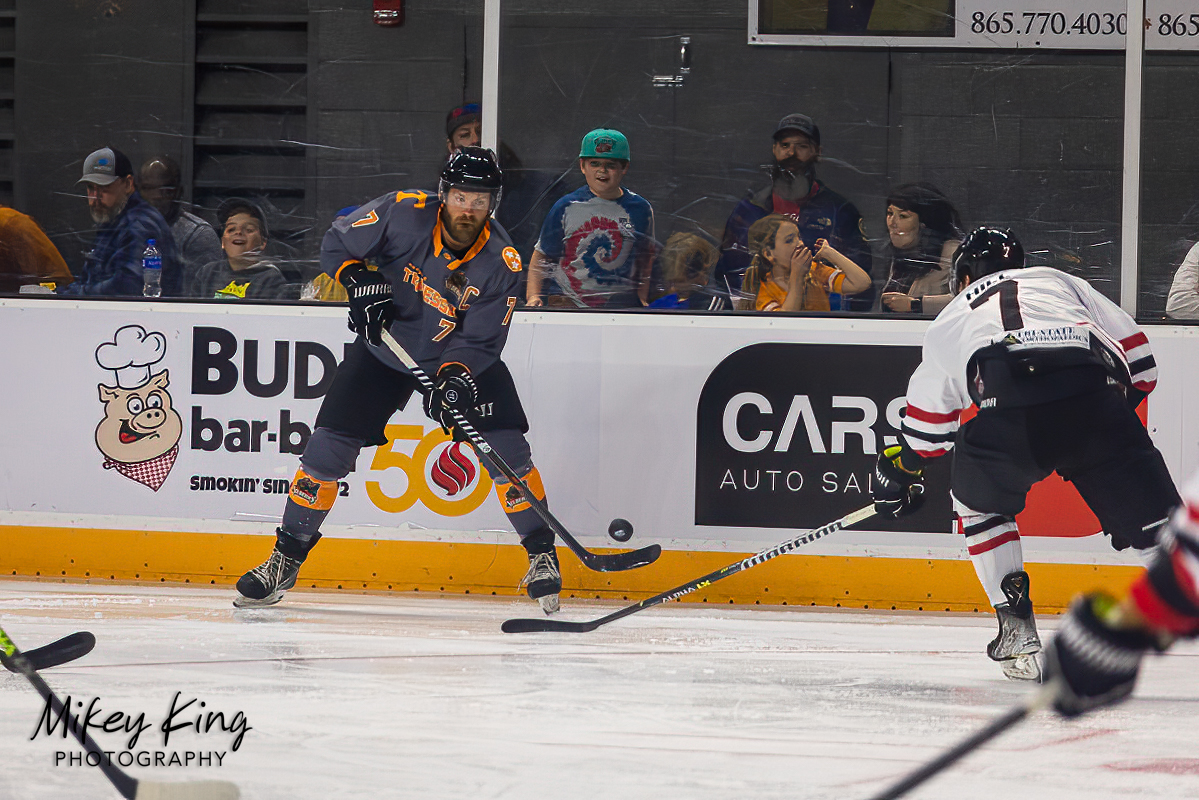 KNOXVILLE, Tenn – The Knoxville Ice Bears started their season with a big 4-2 come-from-behind win against the Evansville Thunderbolts. The Ice Bears trailed the Thunderbolts 2-1 after a late second-period goal by captain Justin MacDonald.