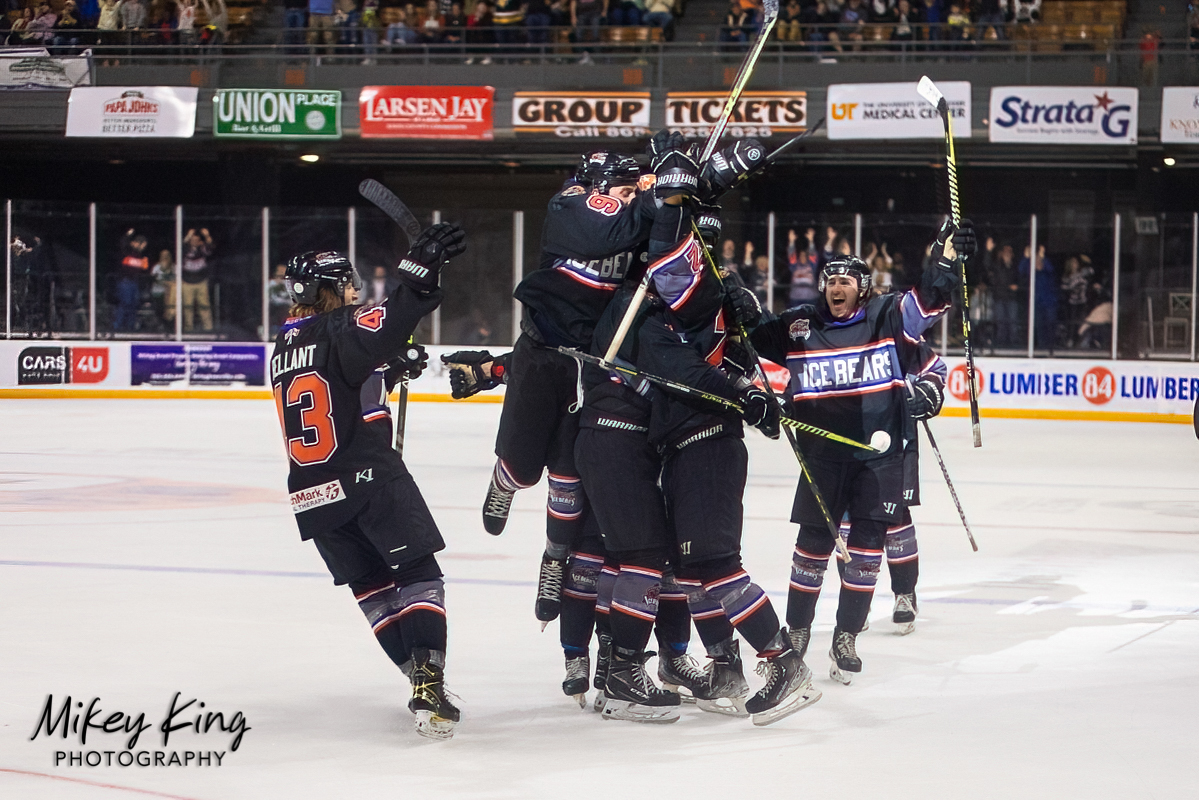 With this victory, the Ice Bears broke the all-time SPHL wins record with 42 regular season wins.

KNOXVILLE, Tenn. – The Knoxville Ice Bears faced off against the Evansville Thunderbolts in the second game of a home-and-home set. The Ice Bears clinched first place in the regular season on Friday night with a 5-3 victory over the Thunderbolts.

The Saturday evening game was filled with back and forth action, however, the first goal of the game did not come until early in the third period when Connor Chatham put one past Kristian Stead to put Evansville up 1-0. With just over two minutes remaining in the third, Brady Fleurent tied the game with a feed from Jason Price.

Less than a minute into the overtime period, the Ice Bears drew a tripping penalty against the Thunderbolts. The game-winning goal came when Price kept in a clearing attempt, but broke his stick on a shot attempt from the high slot. The puck bounced out to Dino Balsamo in the right circle. Balsamo then found Stepan Timofeyev in the left circle for a one-timer and the overtime win. With this victory, the Ice Bears broke the all-time SPHL wins record with 42 regular season wins.