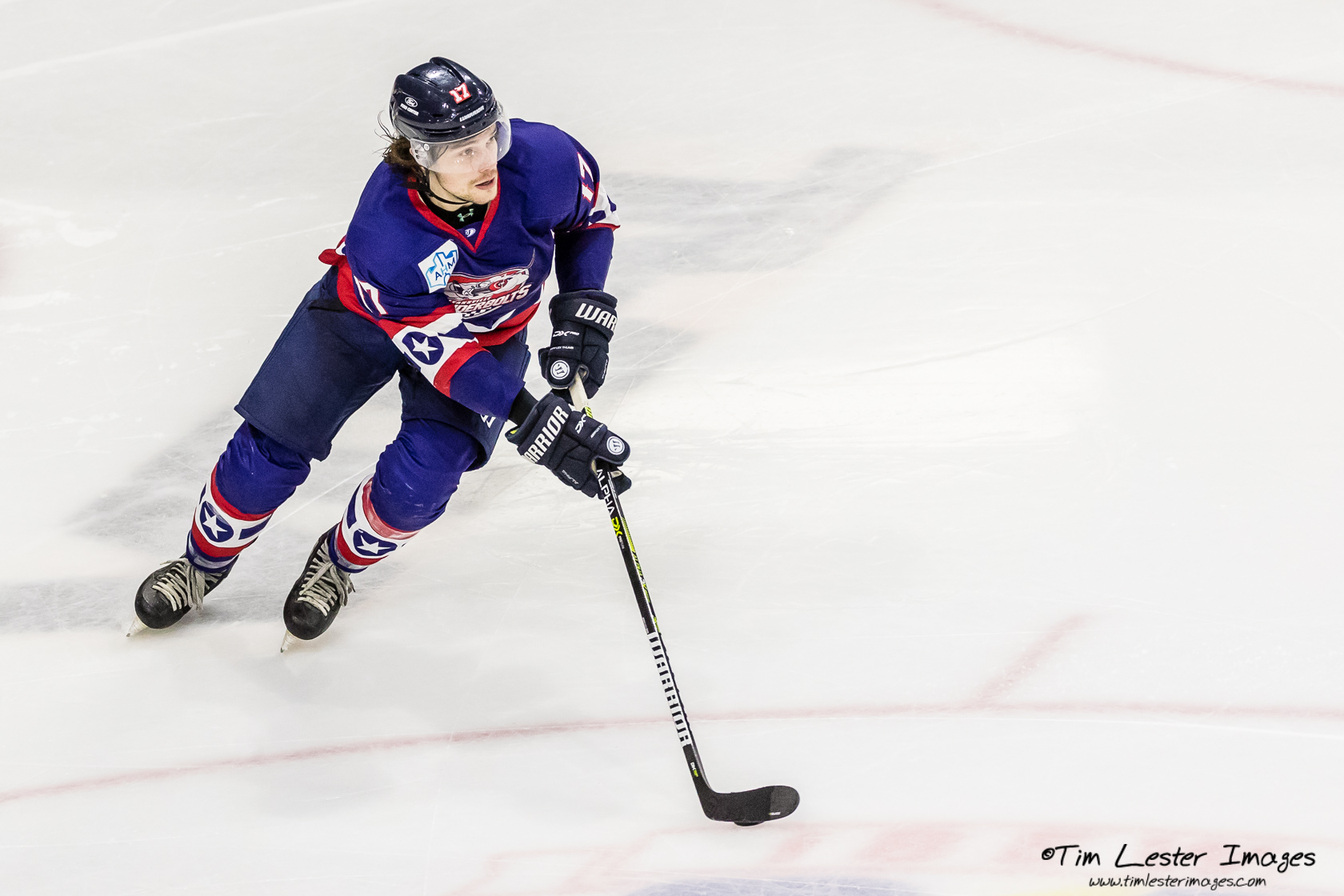 PEORIA, Ill. – The Evansville Thunderbolts traveled to the Peoria Civic Center for game two of a three-game New Year’s weekend set with the Peoria Rivermen. The Thunderbolts were looking to bounce back after a 4-1 loss in the New Year’s Eve game in front of their home fans.

The Rivermen started slowly during the New Year’s day game with many turnovers and puck icings, with little offense. On the other side, the Thunderbolts were moving the puck well and getting quality shots on net and outshot the Rivermen 15-3 in the first period while only going into the first intermission with a 1-0 lead. When the teams headed to the locker rooms after period one, it appeared the Evansville Thunderbolts were starting the year off fresh, and the Peoria Rivermen appeared to be hungover from the night before.

Period two was wide open as both teams combined for six goals and six penalties in the frame, the Thunderbolts with four goals and two infractions, while Rivermen had two goals and four infractions. Peoria continued their sloppy play but managed to have a 15-10 shots-on-goal advantage but Thunderbolts goalie Brian Billett was in control. Typically solid Rivermen netminder Eric Levine was replaced at the 14:16 mark of the second period with Joseph Noonan after giving up four goals. This would mark Noonan’s second appearance in net for the Rivermen, taking the win during his first outing back on December 10th against the Knoxville Ice Bears.

Newly signed Evansville Thunderbolts forward Connor Chatham was the first star of the game, netting four goals and an assist. The Peoria Rivermen honored their historical organization wearing jerseys from their original season 40 years ago, in 1982, when they started as the Peoria Prancers. Ironically, the Rivermen played very similarly this night as the team played in their inaugural season, not well. The postgame jersey auction was delayed as the team was given an extended postgame discussion from the coaching staff in their locker room after the 7-3 loss on home ice.