The Evansville Thunderbolts traveled to Peoria for the last time in the regular season Friday night, to take on the Rivermen. 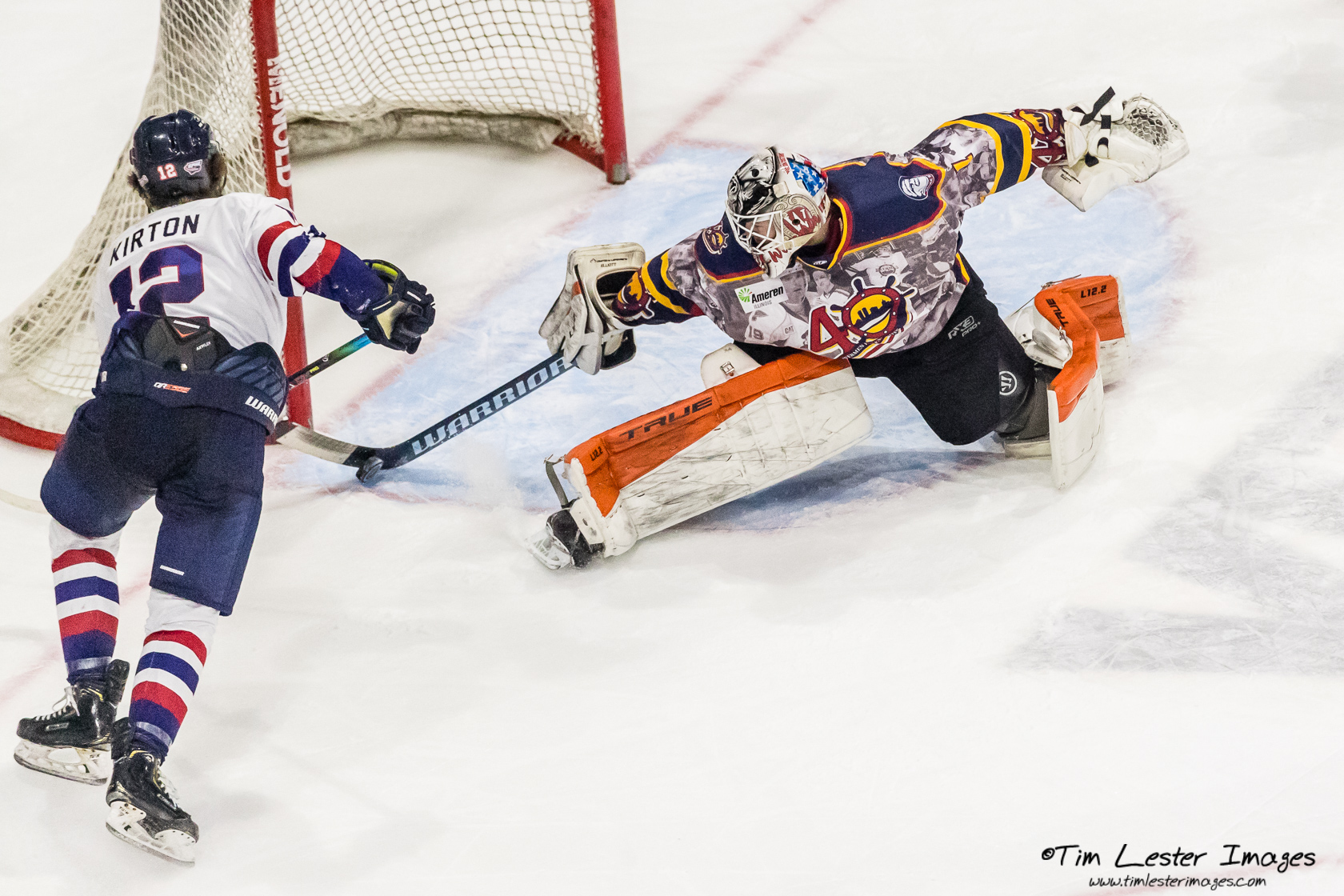 PEORIA, ILL. – The Evansville Thunderbolts traveled to Peoria for the last time in the regular season on Friday night, also marking the first game in 18 days at the Peoria Civic Center for the Rivermen. The Thunderbolts had the opportunity to split the season games with Peoria, trailing three games to four.

The Peoria fans were looking forward to a night of hockey with their team wearing special jerseys honoring the fans’ favorite 40 players in franchise history of 40 years. The jerseys included photos of the players, with a post game jersey auction for the fans to take home a signed sweater. Peoria defenseman Lordanthony Grissom provided the Thunderbolts their first power play less than two minutes into the first period. A common theme during this game was the referee’s arm up, calling penalties often between both teams. Combined, the teams had 22 infractions and 60 penalty minutes but only seven power plays for each. Early in the second period, Evansville’s Thomas Dockery was called for roughing but then further actions earned him a rarely called Attempt to Injure, a Match Penalty. The twelve minutes he accumulated on this one incident was a third of his total penalty minutes for the season. Thunderbolt forward Connor Chatham, normally a strong on ice presence against the Rivermen, earning 8 of his 11 season points against Peoria in only 11 total games played for Evansville.

The large number of penalties allowed for a number of power plays, with all but two goals being scored during power plays. Peoria went four of seven while Evansville was one of seven on the power play. Peoria forward Marcel Godbout scored on three different power plays to earn a hat trick for the home team but ironically did not score the game winner, that went to defenseman Dale Deon. Rivermen goalie Jack Berry had a poor showing in Peoria’s last game on the road against Huntsville, he was named the starter and did not disappoint earning a win giving up two goals on 30 shots.