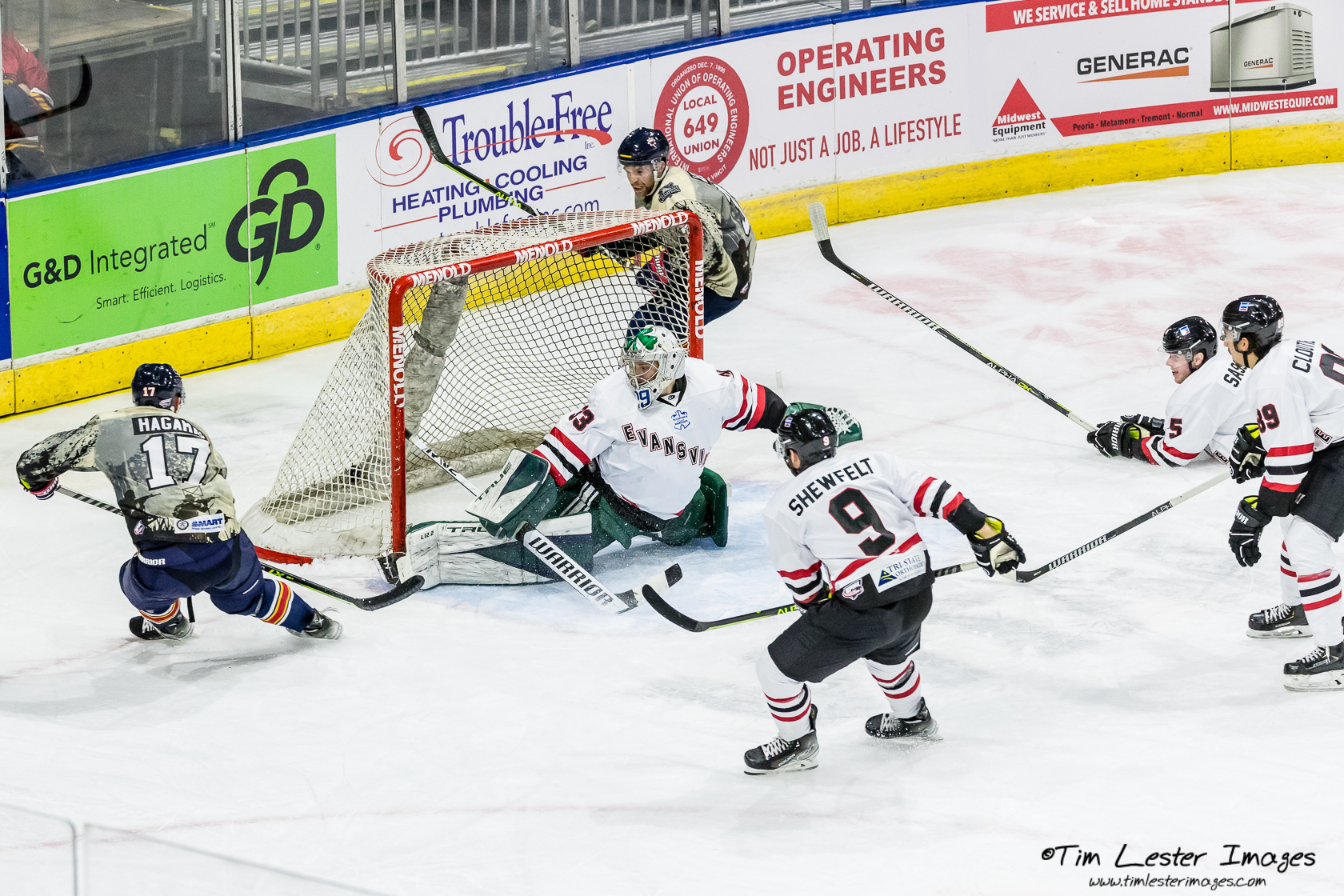 PEORIA, Ill – On Saturday night at the Peoria Civic Center, the Evansville Thunderbolts were attempting to revenge their previous night’s loss against the Peoria Rivermen. The home team had other thoughts, and although it took extra time, Peoria took a 4-3 overtime victory.

What’s up next for each team? Evansville welcomes the Pensacola Ice Flyers to the Ford Center next weekend while Peoria will spend the next five games on the road against three different opponents.