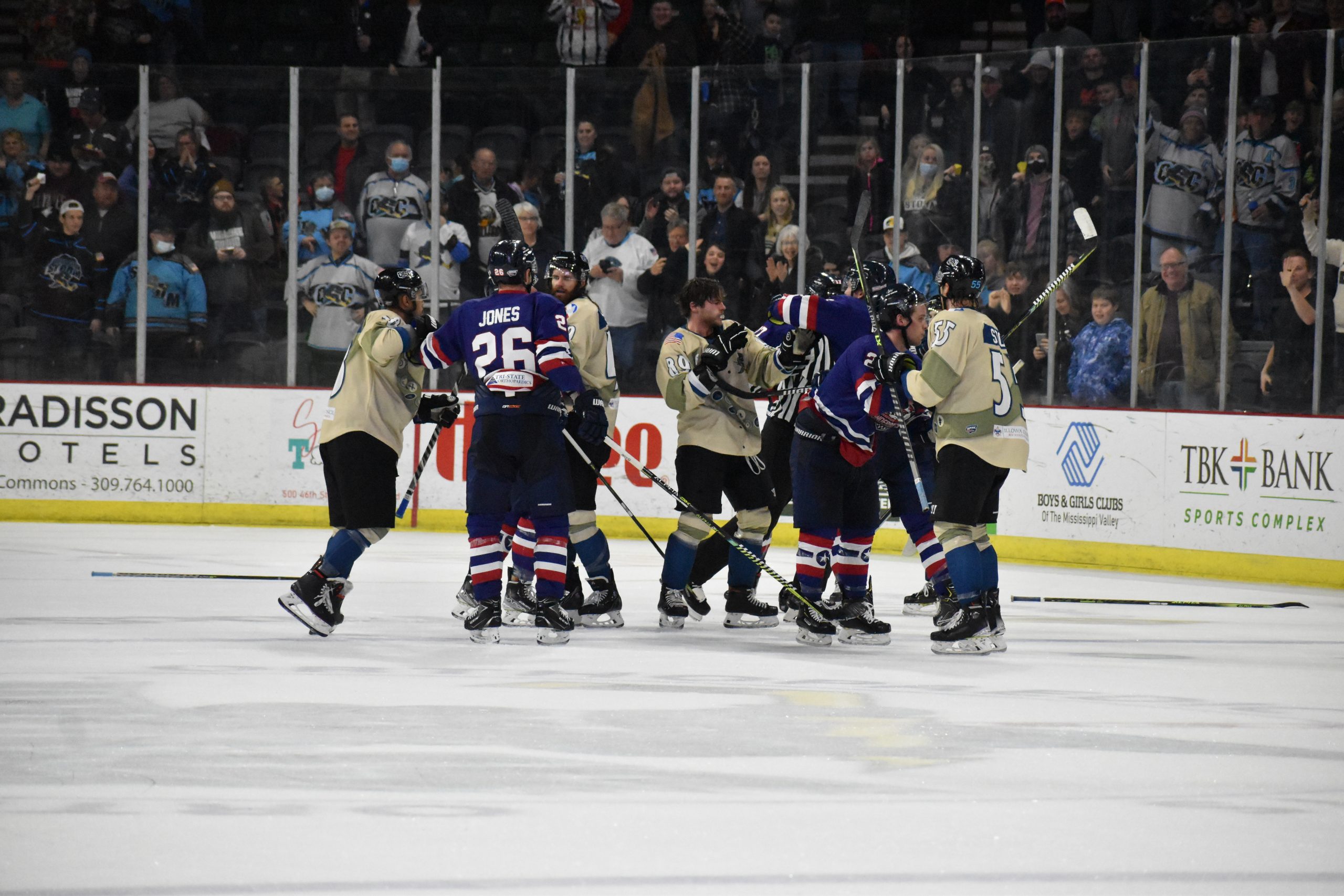 On Friday and Saturday the Quad City Storm played host to the visiting Evansville Thunderbolts in a two-game series.

MOLINE, Ill. – On Friday and Saturday the Quad City Storm played host to the visiting Evansville Thunderbolts in a two-game series.

In Friday night’s game, the Storm wore specialty themed jerseys for Scout night, which were auctioned off postgame.

Lighting the lamp for the first goal of the night was Marcus Ortiz for the Storm. Evansville could not match any of the three goals scored by the Storm until the middle of the third period, when Brennan Feasey hit the back of the net on the power play. The Storm responded with a goal to make it 4-1. A two-goal comeback bid by the Thunderbolts fell short, resulting in a 4-3 win for the Storm.

Evansville put the puck in the back of the net first with a goal by Brandon Lubin in the first period, followed by a shorthanded goal by Cameron Cook in the second. Momentum then changed with the Storm netting five unanswered goals, including two empty net goals by Nick Mangone and Cole Golka, to take the 5-2 victory.

Field Pass Hockey’s Emi Anderson was there for all the action!

Emi Marie covers the Quad City Storm for Field Pass Hockey. Follow and interact with her on Twitter @emimariephotography.