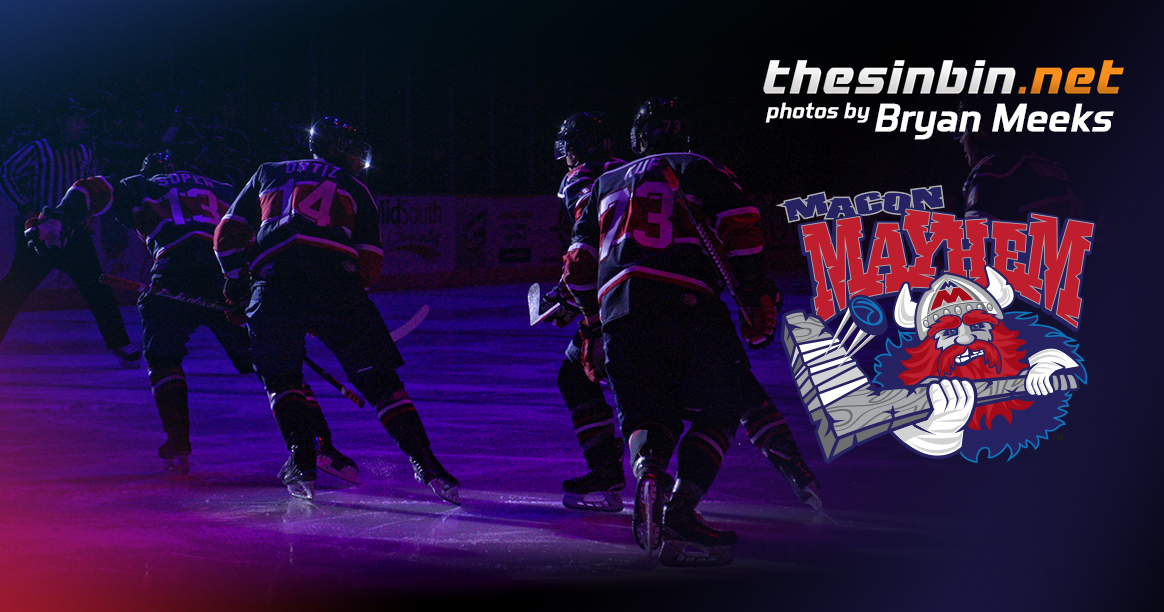 MACON, Ga. – The Fayetteville Marksmen stayed in Macon for after defeating the Mayhem on Friday. The Mayhem, clad in Marvel superhero jerseys, were seeking redemption on Saturday January 11. Macon scored 2 goals early in the opening period. Fayetteville would tie the game before the first intermission. Just as if Iron Man had lost his arc reactor, the Mayhem lost their momentum. The Marksmen would score a total of 5 unanswered goals before the final buzzer. The final score was 5-2 in favor of Fayetteville.
Check out Bryan’s gallery and be sure to follow him at Orbicular Media and on Instagram.
[FAGP id=111720]