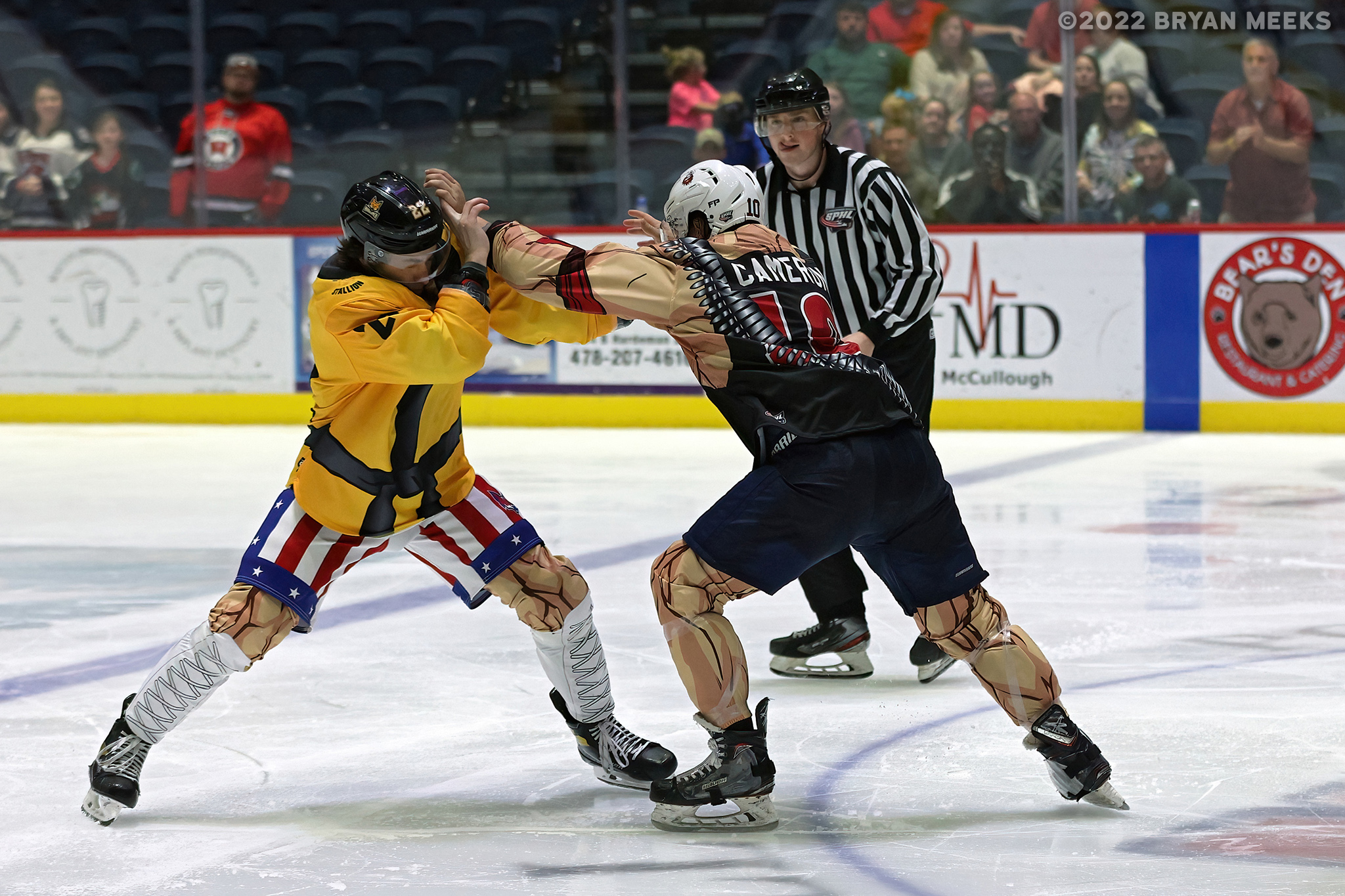 MACON, Ga. – The Fayetteville Marksmen and Macon Mayhem played round one of the “Rocky vs Rambo” series on March 5, 2022. Both teams wore specialty jerseys for this unique promotion. The Marksmen were dressed as Sylvester Stallone’s character Rocky Balboa and the Mayhem wore a Rambo-inspired getup.

Coming off of their first loss to the Mayhem this season on the previous night, Fayetteville was eager for redemption. The Marksmen would strike first then trade a pair of goals with the Mayhem. The first period would end with Fayetteville leading 2 to 1. The Marksmen’s early second-period goal was the only tally of the frame. Macon was down but kept up the tempo through the second and third periods. Frustrations would boil over resulting in a few fighting and roughing penalties. Things almost got out of hand when head coaches from both teams met at the media box to exchange pleasantries. Macon’s Zac Desjardins and Fayetteville’s Cory Melkert would be sent to the locker room with only a few minutes remaining in the third period. An empty-net goal by the Marksmen added to their lead before the final buzzer. Fayetteville won this round of “Rocky vs Rambo” with a final score of 4 -1.