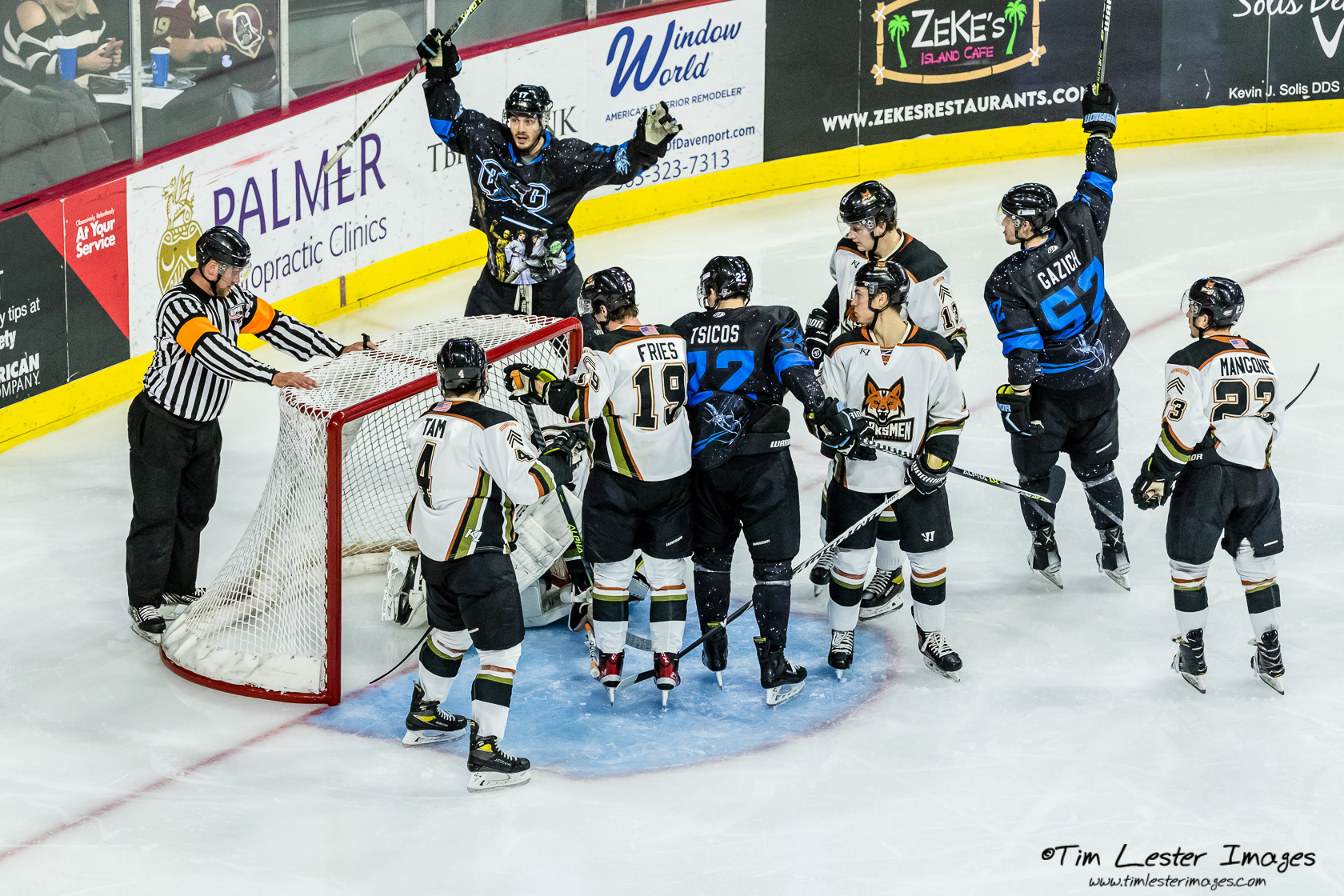 #SPHLPHOTOS | The @Marksmen_Hockey and @QuadCityStorm continued their three-game weekend series with game two on Saturday evening,
FPH Photographer Tim Lester was there for all the action!

MOLINE, Ill. – The Fayetteville Marksmen and Quad City Storm continued their three-game weekend series with game two at Vibrant Arena on Saturday evening, January 7, 2023. The same two teams played the night before with five players involved in fights over three different occasions while both teams earned 89 penalty minutes. The Storm has been suffering from injuries of late, so their roster was hurt the most. Fans were curious if the fights would continue in round two. While the fans were not happy with no fighting at the end of the evening, they were disappointed as the Marksmen blanked the Storm with a 2-0 victory. Unfortunately for the home team, during the second period, the puck crossed the goal line, but neither the referee nor goal judge official witnessed the event, and the celebrations were cut short for the Quad City squad. We will never know if that goal could have changed momentum or provided a more potent force to the Storm team on Star Wars Night.

Check out this photo gallery from Field Pass Hockey’s Tim Lester, who was there to capture the action.