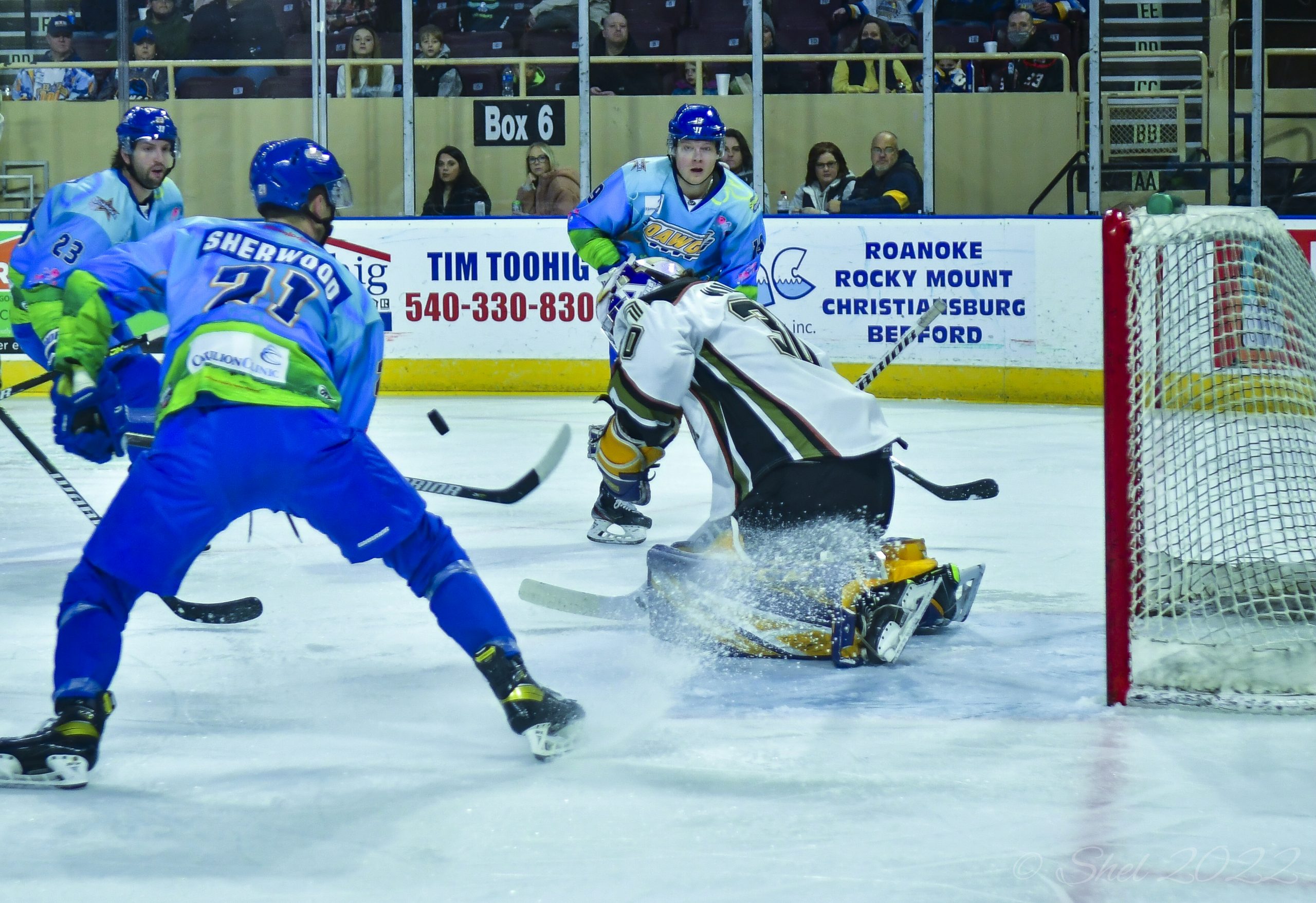 On the eve of the first major snowfall of the year, the Fayetteville Marksmen entered the Berglund Center with hopes of resuming their dominance over the Roanoke Rail Yard Dawgs

ROANOKE, Va. – On the eve of the first major snowfall of the year, the Fayetteville Marksmen entered the Berglund Center with hopes of resuming their dominance over the Roanoke Rail Yard Dawgs. That would turn out to be a futile effort as Roanoke continued their win streak over Fayetteville.

Henry Dill had 33 saves for the night, but CJ Stubbs got the Dawgs on the board in the first. The second period saw the score tied up, courtesy of Fayetteville’s Drake Glover. The period’s final minute saw Roanoke’s Jeff Jones rebound for a power-play goal. Thanks to a backhanded shot from Taylor Best, Fayetteville tied it up again in a heated third period. With a little more than five minutes left in the game, Roanoke’s Nick DeVito, fresh from his stint in the ECHL, fired the winning goal, as the Marksmen were held off the rest of the period.