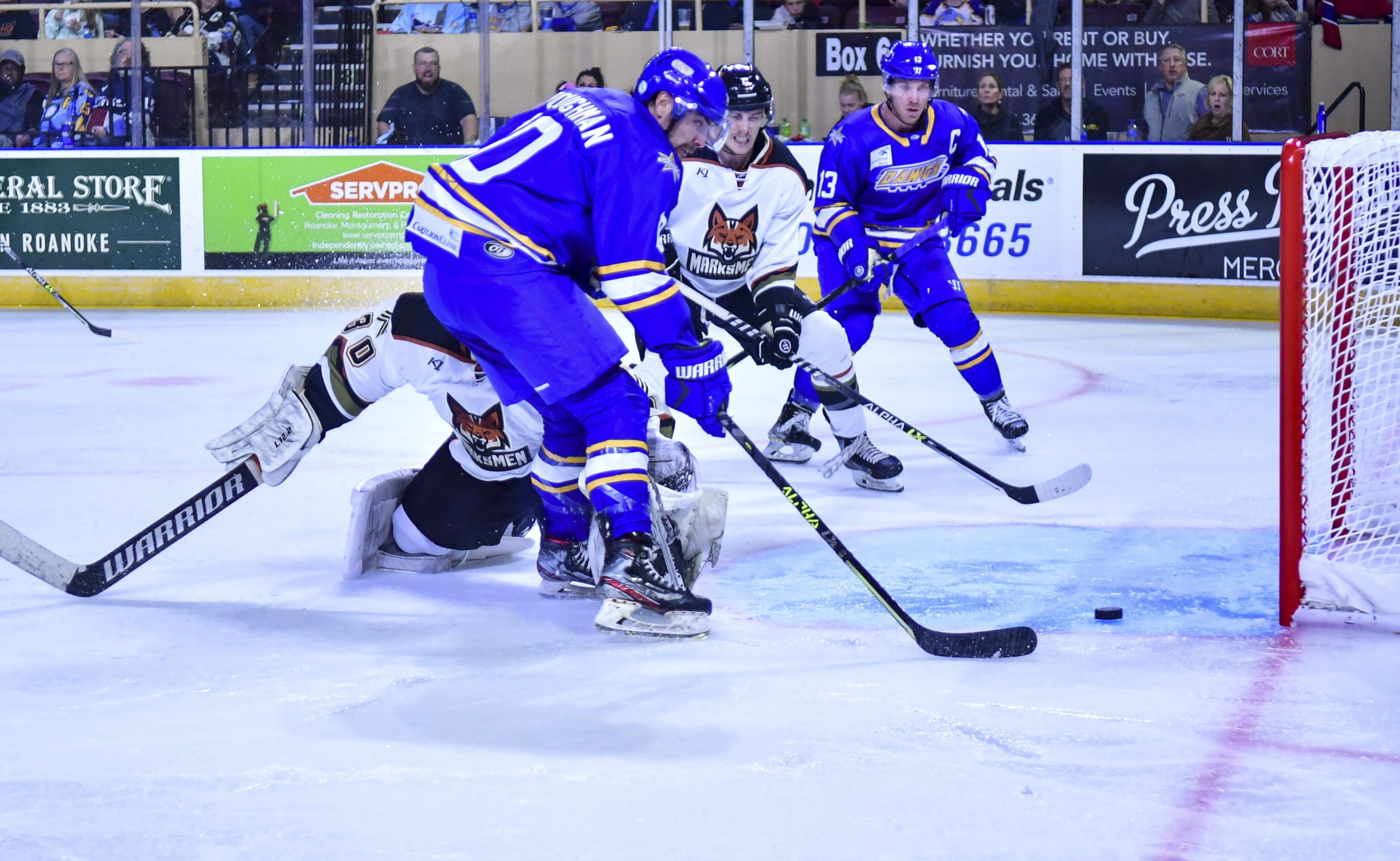 ROANOKE, VA– Fans filled the Berglund Center in downtown Roanoke Friday, to catch the action of the second home game of the season against the Fayetteville Marksmen. Fayetteville was ready to avenge their loss during the Roanoke season opener.

After the first period ended scoreless, Fayetteville put the first two goals on the board. Roanoke answered with a goal by Stephen Alvo. Roanoke goalie Austyn Roudebush fended off several goal attempts beautifully, even without his stick at one point. The second period closed with a score of 3-1.

Roanoke seemed to explode with energy in the third period. Roanoke’s Travis Broughman scored goal number two. A controversial power play-tying goal, also from Broughman, was disallowed. The play involved Roanoke’s Brady Heppner, with Marksmen Vincenzo Renda in front of the net. Goalie Interference was the call, much to the dismay of the Roanoke fans. The final minutes were a scramble as the Dawgs attempted to tie the score, but an empty net score from Fayetteville with 26 seconds to go, marked the first home loss for Roanoke this year, with a final score of 4-2.

Check out this photo gallery from Field Pass Hockey’s Michelle Hancock who was there to capture the action.