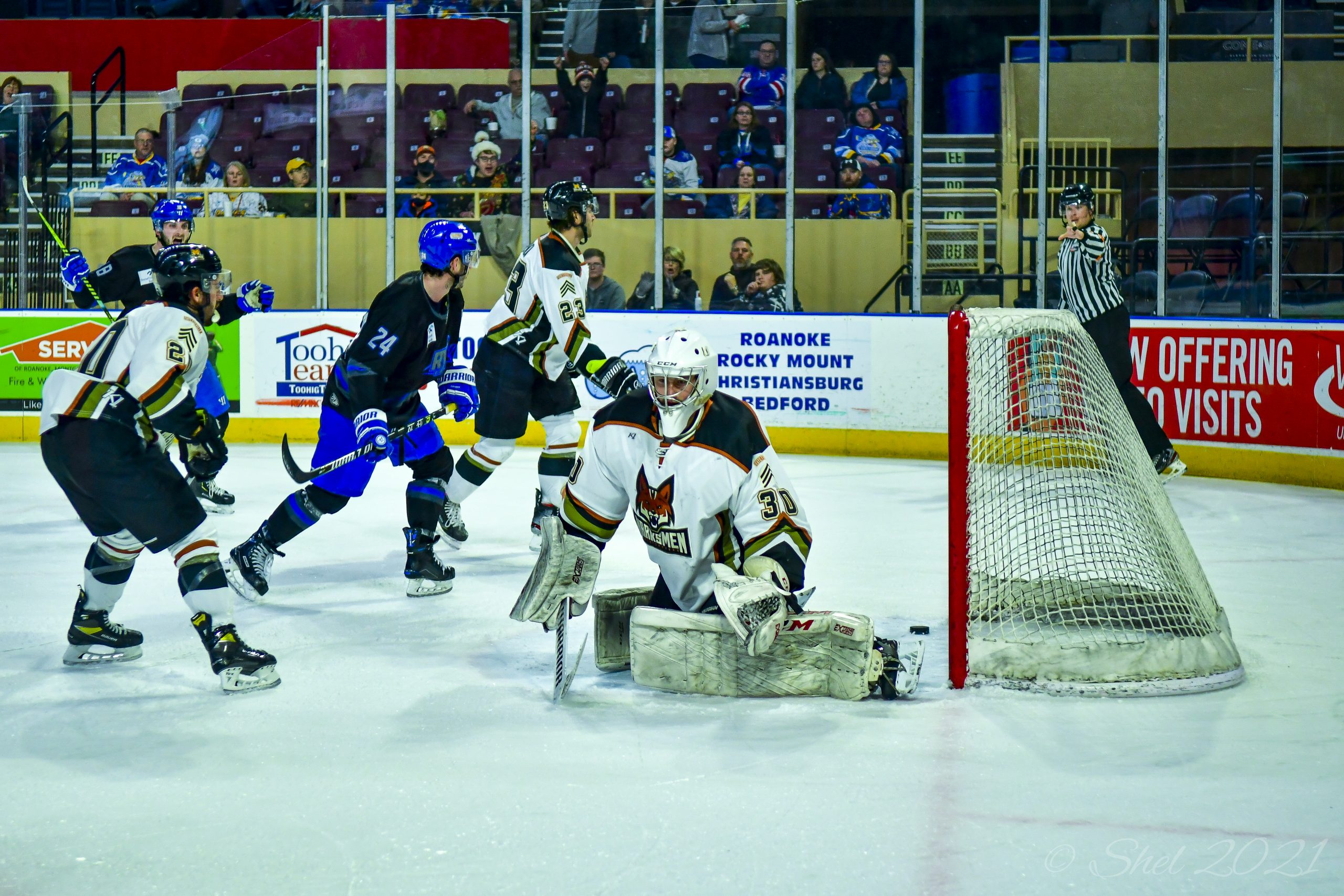 More than one Christmas wish was granted this past Thursday, as the Marksmen fell to the Roanoke Rail Yard Dawgs in overtime

Jeff Jones skates by after scoring what would be his 48th goal as a Rail Yard Dawg, matching Steve Mele’s franchise record

ROANOKE, Va. – More than one Christmas wish was granted this past Thursday, as the Marksmen fell to the Roanoke Rail Yard Dawgs in overtime. After a somewhat slow-paced start, the teams were tied at one apiece at the end of two periods. The goals were courtesy of Fayetteville’s Tanner Froese and Roanoke’s Brady Heppner.

The third period is when things really picked up. In the first five minutes, Fayetteville’s Bryce Ferrell scored, followed up by a third goal from F.X. Girard with less than seven minutes left in regulation. Roanoke’s Jeff Jones scored his 48th goal as a Rail Yard Dawg a minute later, tying him with franchise leader Steve Mele. Heppner then tied the game in the last two minutes, assisted by Josh Nenadal.

With fans on their feet, it was CJ Stubbs that sealed the win in overtime, with assists from captain Travis Armstrong and Nick DeVito. Christmas wishes came true for the fans, and maybe a Dawg or two, that night.

FPH Photographer Michele Hancock was there and captured all the action!