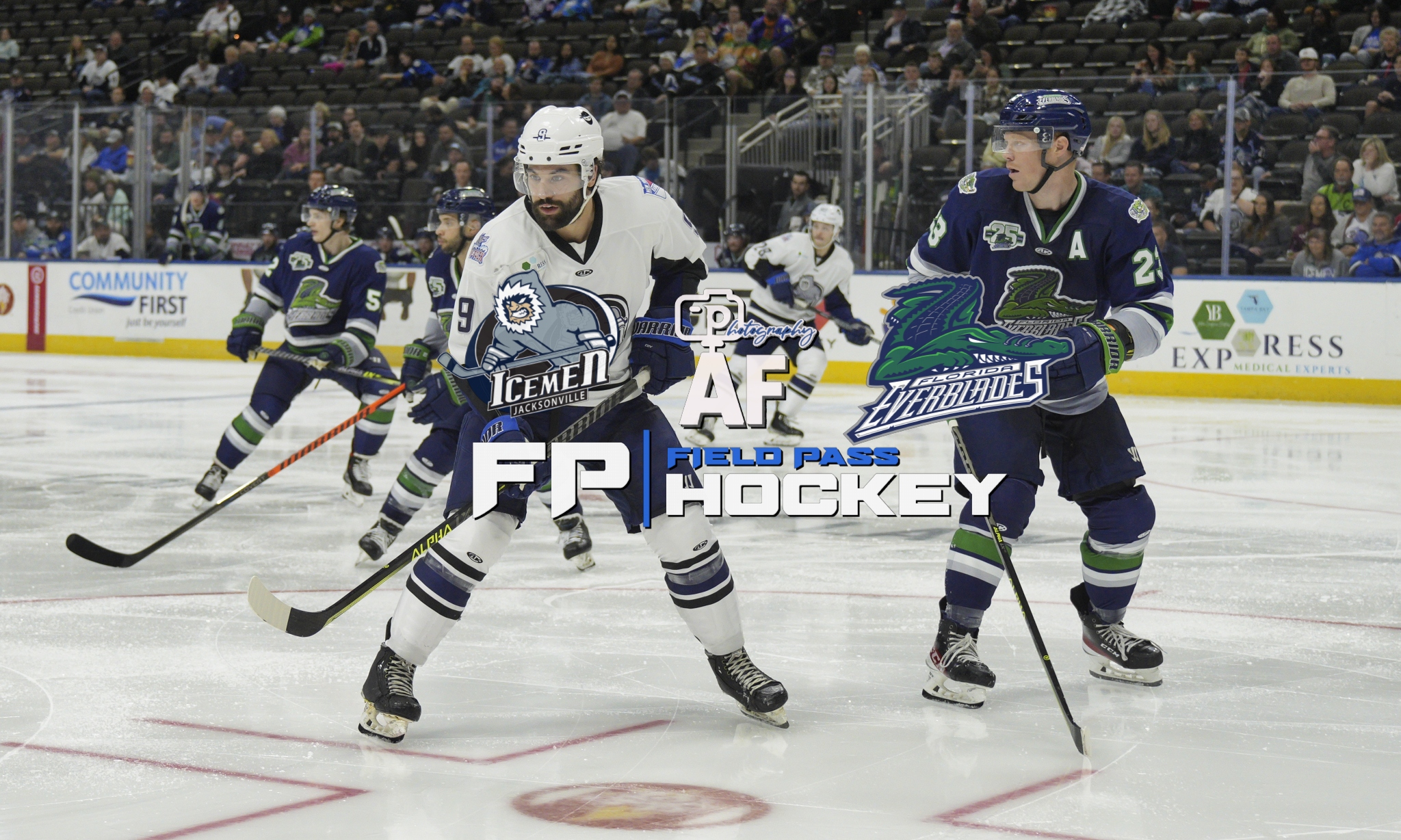 #ECHLPHOTOS | On Wednesday night the @JaxIcemen faced the visiting @Fl_Everblades.
FHP Photographer @IcemenJax was there to capture the action. Check out his photo gallery!

The Everblades opened up the scoring just 52 seconds into the game on a goal by Brad Morrison. The Icemen didn’t let the quick goal deflate them, and Luke Lynch scored three minutes later. Both teams would each achieve another goal in the period, Xavier Cormier for Florida and Easton Brodzinkski for Jacksonville, to end the period tied at two.

The Icemen came to life in the second period with an even-strength goal by Zach Jordan, a power-play goal by Jacob Panetta, and a shorthanded goal by Zach Jordan for his second of the night. With no goals from Florida, Jacksonville ended the period up 5-2.

Ryan Lohin gave Jacksonville a 6-2 lead 43 seconds into the third period. During an Icemen power-play, Joe Pendenza scored a shorthanded goal for Florida at the 5.59 mark, giving both teams a shortie in the game. Tim Theocharidis scored a power-play goal to put the icing on the cake for a season-high win, with Jacksonville outshooting Florida 31-19 in the game.